Note II: Today the Jets are scheduled to be back on the ice for day 12 of training camp starting at 11 AM.

Note III: A total of 17 players moved between the Jets and Moose over the weekend (16 on Saturday, four of whom had to clear waivers which they did, and one on Sunday) which brought Winnipeg’s training camp number down to 30 and gave Manitoba a total of 48 players for their first day of camp which starts today (full schedule and roster here). They’ll be split into two groups with one skating at 10:30 AM and the second at 12 noon.

Note IV: The Ice started the WHL season on a 13 game road trip as their home arena gets some upgrades but they haven’t shown an aversion to playing away from Manitoba. They started the year with a win over their provincial rivals in Brandon and then ripped off three more wins to begin the 2022-23 season 4-0. They have scored 20 goals while only giving up seven and are currently sitting 1st in the Eastern Conference.

Global News: Cole Perfetti leaves nothing to chance with Jets. You can expect the 2020 1st rounder to continue to show he belongs in the NHL.

Winnipeg Sun: Young winger Cole Perfetti not taking anything for granted, despite strong showing in pre-season with Jets. He is a humble kid who knows well enough than to make a proclamation that he is comfortable in assuming he has a spot on this team. While he may not want to be so bold it seems safe to say it is a foregone conclusion.

Winnipeg Sun: Winger Morgan Barron returns to Jets training camp, hopes to make up for lost time. Prior to the start of camp many, including yours truly, were penciling him onto the third line with Lowry and Appleton given the playoffs he had with the Moose. A setback cost him precious time and games which likely means he could end up starting the season with the Moose instead of the Jets. 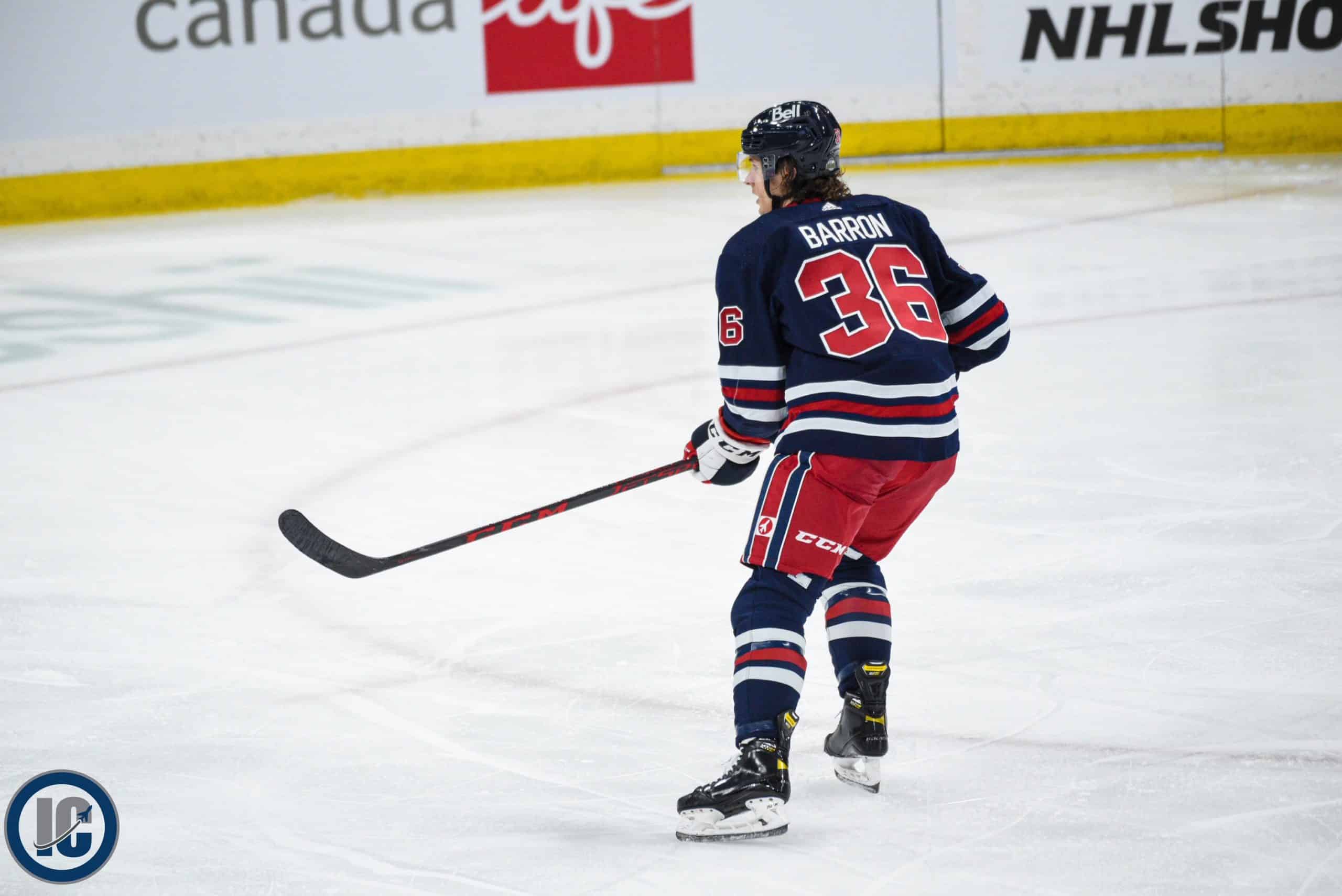 Winnipeg Free Press: Perfetti making a point. (Paywall). When folks were lamenting the loss of Andrew Copp and wondering by whom his points production could be replaced it seemed likely to some (including moi) that the Jets 2020 1st rounder was a likely candidate for that role.

NHL.com: Behind the Build: The Story of the Dale Hawerchuk Statue. Very cool to learn about the process involved in building the iconic statue.

Sportsnet: Heinola, Samberg making cases for sixth spot on defence in loss to Oilers. From before the start of training camp and likely to the end of it this was always going to be the most fascinating roster spot battle. Ken also wrote about the play of Big Bad Brad Lambert and Cole Perfetti from last night’s game .

Illegal Curve Hockey Show: Saturday Show. Lots of Jets talk on the show including: Jets training camp battles, which players have earned themselves a spot, where should Brad Lambert play this season? If the Jets were to have a forward play D who would it be? We were also joined by Mike McIntyre of the Winnipeg Free Press and Hailey Salvian of The Athletic.

Winnipeg Free Press: Geekie hat trick fuels Ice. (Paywall). The first rounder is going to be a big piece of the puzzle for this team.

Begin your day with all the latest Winnipeg Jets news, notes, video and audio.

As well check out the notes for the latest on the Moose and Ice.