Note: The Jets were off on Friday but will be back on the ice on today which will see both a non-game group and game group hit the ice, with the latter getting ready to take on the Oilers later tonight at 7 PM. Here was the list of the game group. The team will unveil the Dale Hawerchuk statute prior to the game which opens to fans at 4:30 PM with the ceremony taking place at 5:15 PM and lasting roughly 30 minutes.

Note II: There is some thought that the Jets are likely to make a big training camp reduction so stay tuned for that.

Note III: Reminder that you should plan to join us today at 9 AM for two hours of Jets talk on the Illegal Curve Hockey Show.

Winnipeg Sun: What’s in a number? Virginia’s Limoges carving out new identity for Jets’ iconic 29. This is the best part about training camp as you gain insight that you don’t normally get during the hockey season. 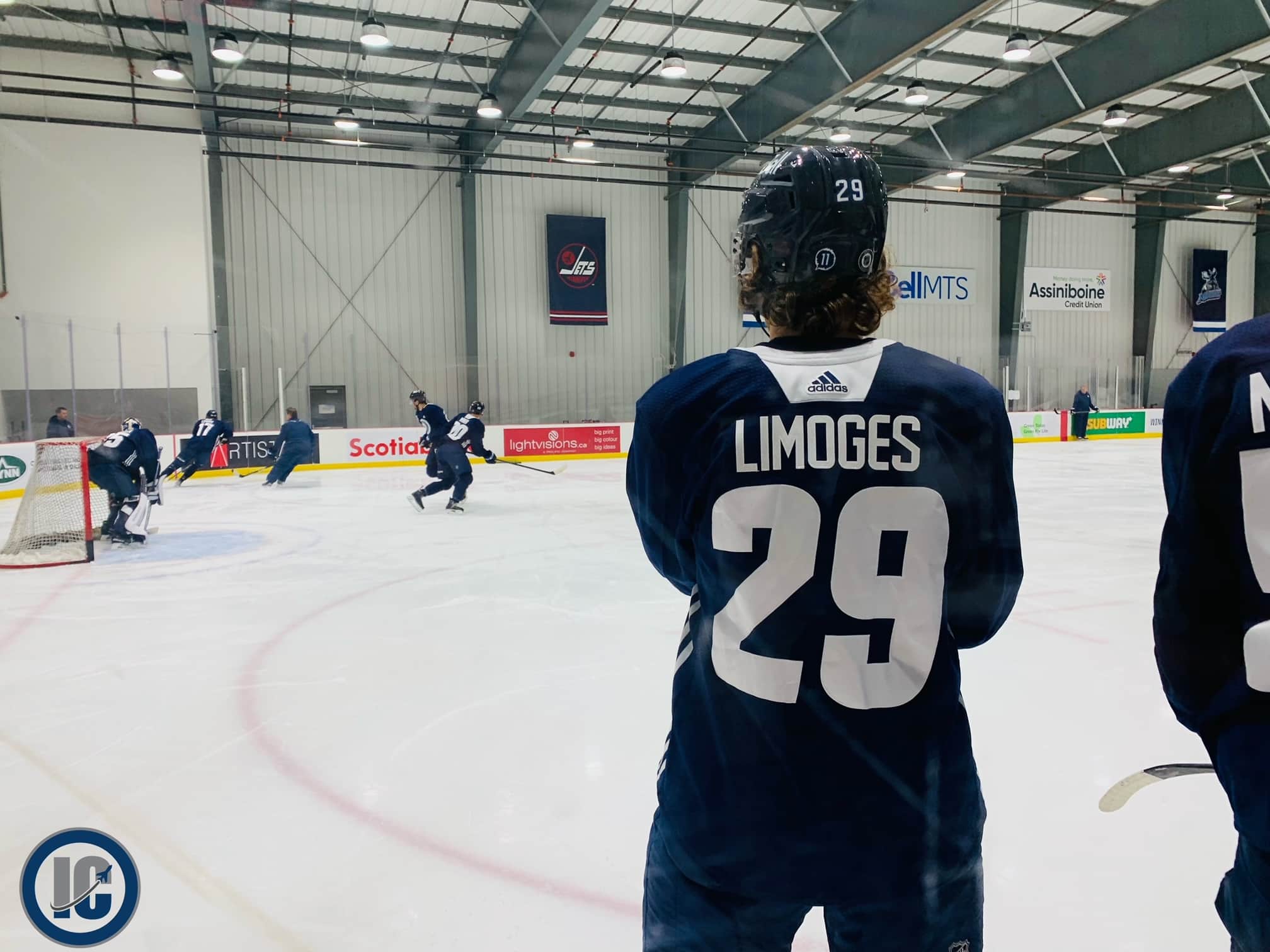 Winnipeg Free Press: Jets lineup coming into focus. (Paywall). Expecting the team to announce some cuts this morning as the camp battles have stated to sort themselves out.

The Athletic Winnipeg: Jets camp: Heinola, Samberg, Stanley and the race to establish an NHL career. (Paywall). An interesting read from Murat on the three left side guys battling for a spot with the big club.

Sportsnet: Why so much is at stake in the season ahead for the Jets. With new head coach Rick Bowness in charge and a lot to prove, Sportsnet breaks down what the aims are for the Winnipeg Jets this season and why a lot hangs in the balance depending on the results.

Sportsnet: ‘I would hope I’m a better coach!’: Bowness back to where it all began with Jets. New Winnipeg Jets head coach Rick Bowness sits down with Sean Reynolds to discuss returning to coach in Winnipeg nearly 40 years after his first stint with the Jets, offseason shakeups to team leadership, and keeping his passion for coaching.

Jets hold a 1-0 lead heading into the 1st intermission courtesy of Blake Wheeler's fifth goal of the season.

Join us after the game on the Illegal Curve Post-Game Show.

Neal Pionk with a glorious chance to increase the Jets lead as the 1 minute left gets announced but he shoots high and wide.