Note II: Two straight games with a goal for Jets prospect Dmitry Rashevsky (2021 5th) who shows off his baseball skills with this game tying goal. He’s got four goals in seven games (plus one assist) for Dynamo to start the season.

Note III:  The Jets rookies look to put Friday’s loss to the Oilers rookies behind them and today they will have a chance to do so this afternoon against the host Canucks rookies. Puck drop is at 4 PM CDT.

Winnipeg Sun: No surprise Jets stripped Wheeler of captaincy. Scott has some additional thoughts on the move regarding the former captain. 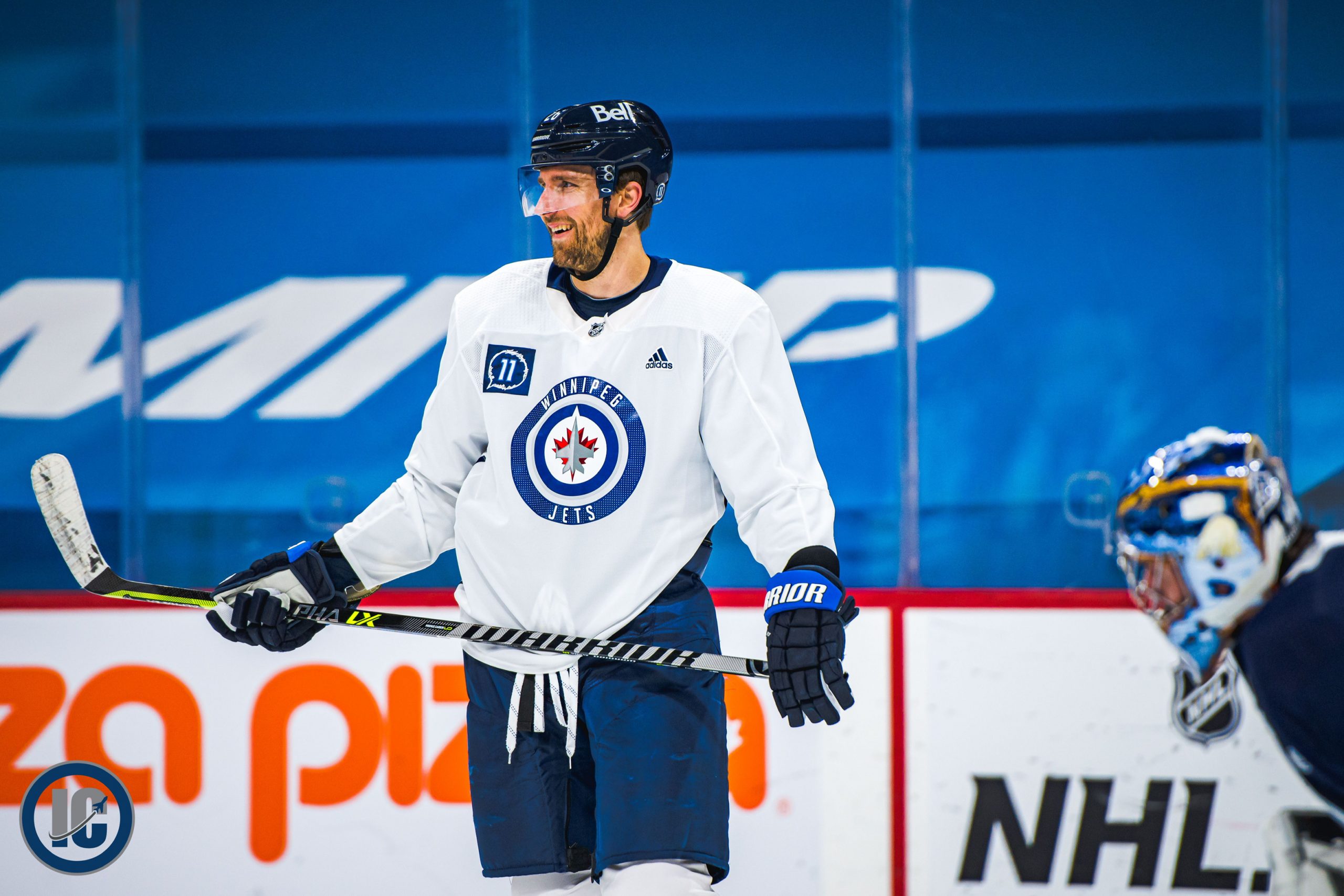 Illegal Curve Hockey Show: Saturday Podcast. Lots covered in yesterday’s show including: The Jets restructuring the leadership group and removing the ‘C’ from Blake Wheeler. The Jets still needing Wheeler to be an effective player for them. Can young players step up to contribute for Winnipeg? Discussing the potential new play by play voice of the Jets. We also chatted with Scott Billeck of the Winnipeg Sun.

QX 104: Chat with Nate Schmidt. The affable defenceman joined Brody Jackson on Friday to chat about the local NHL club. Lucky for him this chat took place BEFORE the news about the team restructuring the leadership group took place. He talked about the buzz in the province, passion for the team, getting to eat a Jets dog, his music tastes and more.