Note:  Just a wee bit of breaking news on Friday morning as the team announced they will start the season without a captain. As you could expect this elicited a ton of responses. Hear from new head coach Rick Bowness (here) as well as Blake Wheeler (here).

Note II: Some folks were curious whether the Jets would have a sponsor patch on their uniforms this season and it turns out the answer is they will and it will be a Canada Life patch. What did you think when you saw it?

Note IV:  The Jets rookies played the Oilers rookies yesterday in B.C. and lost 3-2 in game 1 of the Young Stars Tourny. 2022 1st rounder Brad Lambert scored his first goal in a Jets uniform and also had an assist in the loss.

Note V: Just our second Illegal Curve Hockey Show of the season and this one is gonna be pretty, pretty, pretty interesting given all the news the last few days. Join us for two hours of Winnipeg Jets talk starting at 9 AM. Watch here.

Winnipeg Sun: Wheeler out as captain in Winnipeg Jets leadership restructuring. Lots of words already sticking out about the 2022-23 season and while it hasn’t even begun yet and you can add “restructuring” to that lexicon.

Winnipeg Free Press: Relieving Wheeler of C beneficial to franchise and player. (Paywall). Have to think talking less to the media will be a big benefit for Wheeler. 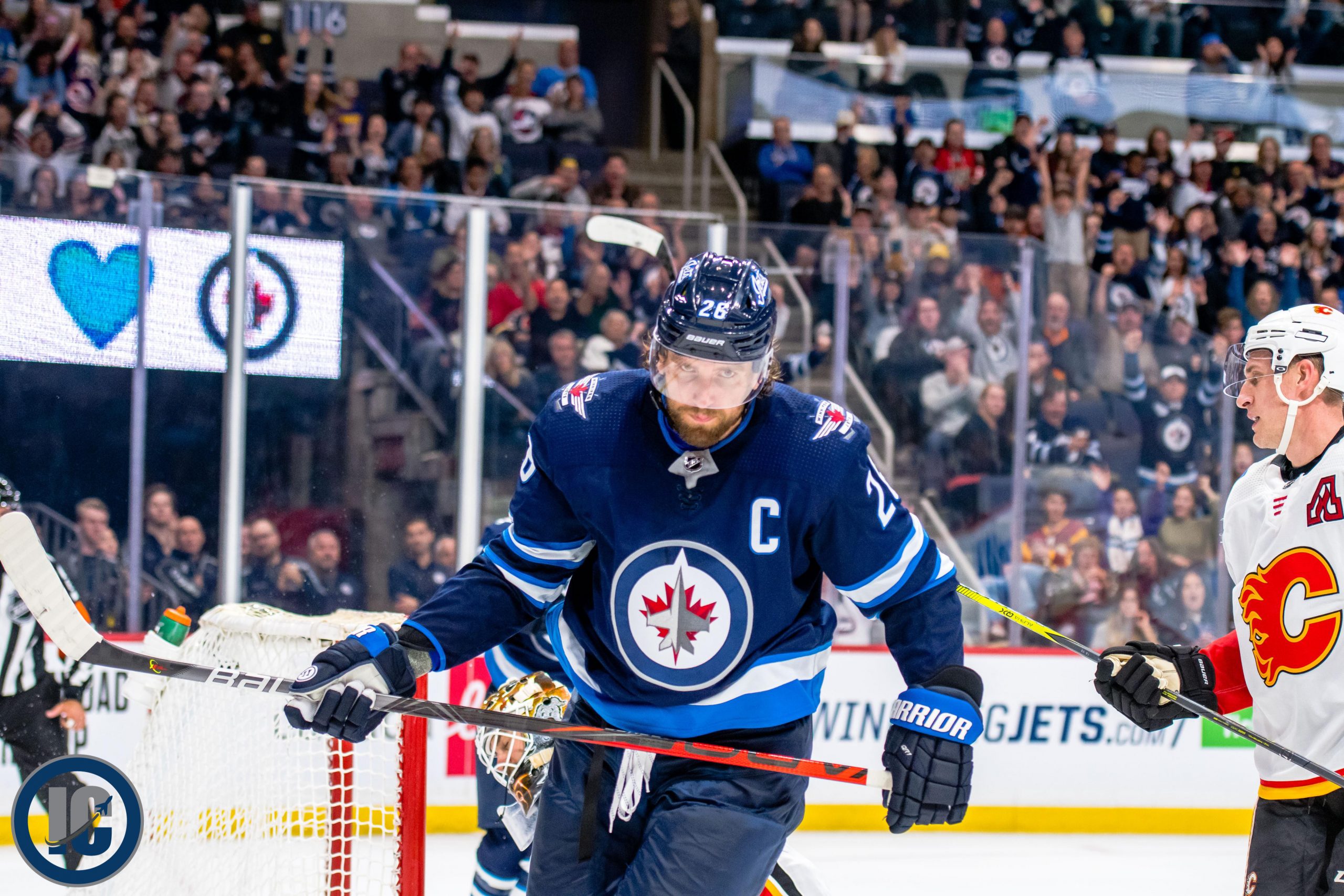 Winnipeg Free Press: Wheeler stripped of C. (Paywall). Despite the sales job that’s exactly what it was.

Sportsnet: Bowness puts bold stamp on Jets after removing Wheeler as captain.  Ken reacts to the news of the day.

Sportsnet: Mark Scheifele ‘shocked’ to see Wheeler’s captaincy stripped.  While some saw this as inevitable it is still a shock that it actually took place.

Daily Faceoff: ‘He has the support of everyone in the room’ – Mark Scheifele on Blake Wheeler losing the Winnipeg Jets’ captaincy.  Not an unexpected answer from number 55.

The Hockey News: Trade rumours could dog the Winnipeg Jets this season. And this was written BEFORE the Wheeler news broke.

TSN: Is a Wheeler move in the cards after losing Jets’ captaincy? There was talk about Blake Wheeler getting moved over the summer but that didn’t happen. Could his stripping of the captaincy be foreshadowing his departure in the future? That’s Hockey debates.

TSN: Jets send a strong message with leadership restructuring. With the Jets announcing that they will not have a captain for the upcoming season. Mike Johnson and Craig Button discuss how much this stings for former captain Blake Wheeler and what kind of message it sends to the rest of the team.

Sportsnet: Should the Jets fans worry about Wheeler’s future after being stripped of captaincy? Sean Reynolds and Ken Wiebe discuss the big announcement of Winnipeg Jets’ selecting to not have a captain for the upcoming season, potential negative consequences from this decision, and some of the prominent candidates to wear a letter.

Sportsnet: Jets centre Mark Scheifele joined Tim and Friends to talk Blake Wheeler, expanded leadership and more. He joined the show to speak about the news of Blake Wheeler’s captaincy, idea of having a multiple leaders in the team, and what his new head coach Rick Bowness can bring to the table.