Note: The three Jets players remaining at the World Championship will be in action this evening as Pierre-Luc Dubois and Adam Lowry of Team Canada will be taking on Czechia while Nate Schmidt for Team USA will be in battle with the host Finns in semifinal action.

Note II: Next Tuesday, May 31st at 3 PM we will be hosting a Moose end of season roundtable as I will be joined by Manitoba play-by-play voice Daniel Fink as well as Austin Siragussa of MooseTV to discuss the 2021-22 season for the AHL club of Winnipeg. We have our first two guests booked as we will be joined by Moose GM (Jets AGM) Craig Heisinger as well as Moose head coach Mark Morrison. Still some players to be announced. Be sure to subscribe and set a reminder for this show on our YouTube channel.

Note III: The Ice and Oil Kings played last night in Edmonton with the home team taking it to the visitors. They hammered the Ice by a score of 7-0 after 40 and it ended at 7-1 which means that Edmonton defeated Winnipeg 4-1 in the Eastern Conference Final. Despite the ending it was a remarkable season for the Winnipeg based WHL club.

Note IV: Be sure to join us on the Illegal Curve Hockey Show today at 9 AM on our YouTube channel and social media platforms. We will be joined by Murat Ates (The Athletic Winnipeg) and Jets goalie Eric Comrie.

The Athletic Winnipeg: Connor Hellebuyck’s Jets future? A Pierre-Luc Dubois offer sheet? (Paywall). You had so many questions it required Murat to put out a second part to his mailbag where he answers your questions. 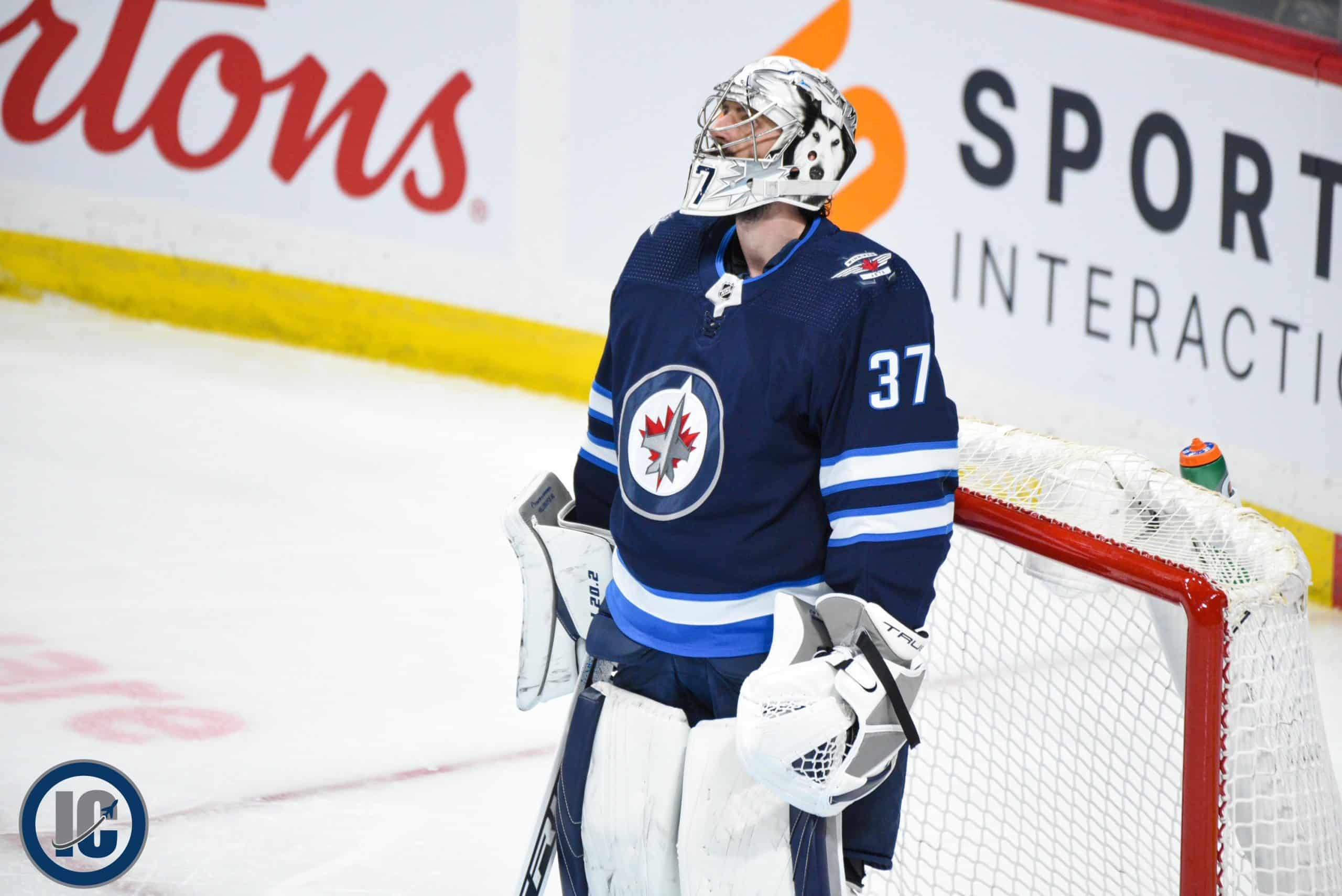 Winnipeg Free Press: Ice come to end of playoff road with gruesome loss to Oil Kings. (Paywall). A tough way to end their season but no shame in losing to an incredible Edmonton team.

Edmonton Sun: Oil Kings avoid bus trip to Winnipeg, head to WHL final instead.P With the Oilers in the Conference Finals there is suddenly a lot of winning in the City of Champions. Read about last night’s contest from a writer who covers the Oil Kings.

Global News: Ice eliminated after 7-1 loss to Oil Kings. A pretty brutal ending to what was a brilliant season for Winnipeg.