Note: There are just two games remaining in the 2021-22 season as the Jets welcome the Flames to town. It remains to be seen if Calgary will be sitting guys out of a game that is meaningless to them in order to rest them up for the playoffs. Morning skate for Winnipeg gets underway at 10:30 AM CDT so stay tuned for the pre-game report to get the full 411 ahead of the game against Calgary. Puck drop is at 7 PM CDT and following the final buzzer we want you to join the conversation on the Illegal Curve Post-Game Show.

Note II: While it was a day off for the team on Thursday there was some big news as TSN announced that play-by-play voice of the Jets Dennis Beyak would be retiring at the end of this season and that announcement got a ton of reaction.Dennis is going to join us on the Illegal Curve Hockey End of Season Wrap-Up Show which is this Monday starting at 8 PM for those of you interested.

Note III: Reminder that Jets 2021 1st rounder Chaz Lucious is set to speak at 12 noon by zoom after signing his three year ELC. We will have it covered.

Note IV: The Moose hosted the Canucks last night as they kicked off their final regular season home series with a 7-1 demolition of a red-hot Abbotsford squad which was their 40th win of the season. After the game assistant coach Marty Johnston advised that David Gustafsson and Kristian Vesalainen were dealing with minor bumps so were held out for maintenance while Kristian Reichel won’t play in the season finale. Today they are scheduled to practice as they prepare for the last game of the regular season on Saturday.

Note V: The Ice look to get back on track after a game four speedbump in Prince Albert allowed the Raiders to pick up a game in their series. Of course Winnipeg has three games on their side of the ledger so if they can win game 5 tonight here in Manitoba they will be moving on to the next round. Puck drop is at 7 PM.

Winnipeg Sun: GAME NIGHT: Flames at Jets. Hard to believe there are still hockey games to be played but still a couple left to go. Scott gives you a reason to watch and three things to know about Calgary.

Winnipeg Sun: Legendary voice of the Jets, Dennis Beyak, to retire at season’s end. Just two more games left which is actually pretty shocking given he has been the only voice of this team since the return to Winnipeg.

The Athletic Winnipeg: Dubois’ future with the Jets: Four different offseason scenarios ranging from short- to long-term. (Paywall). Murat looks at the various scenarios for the arbitration eligible RFA. 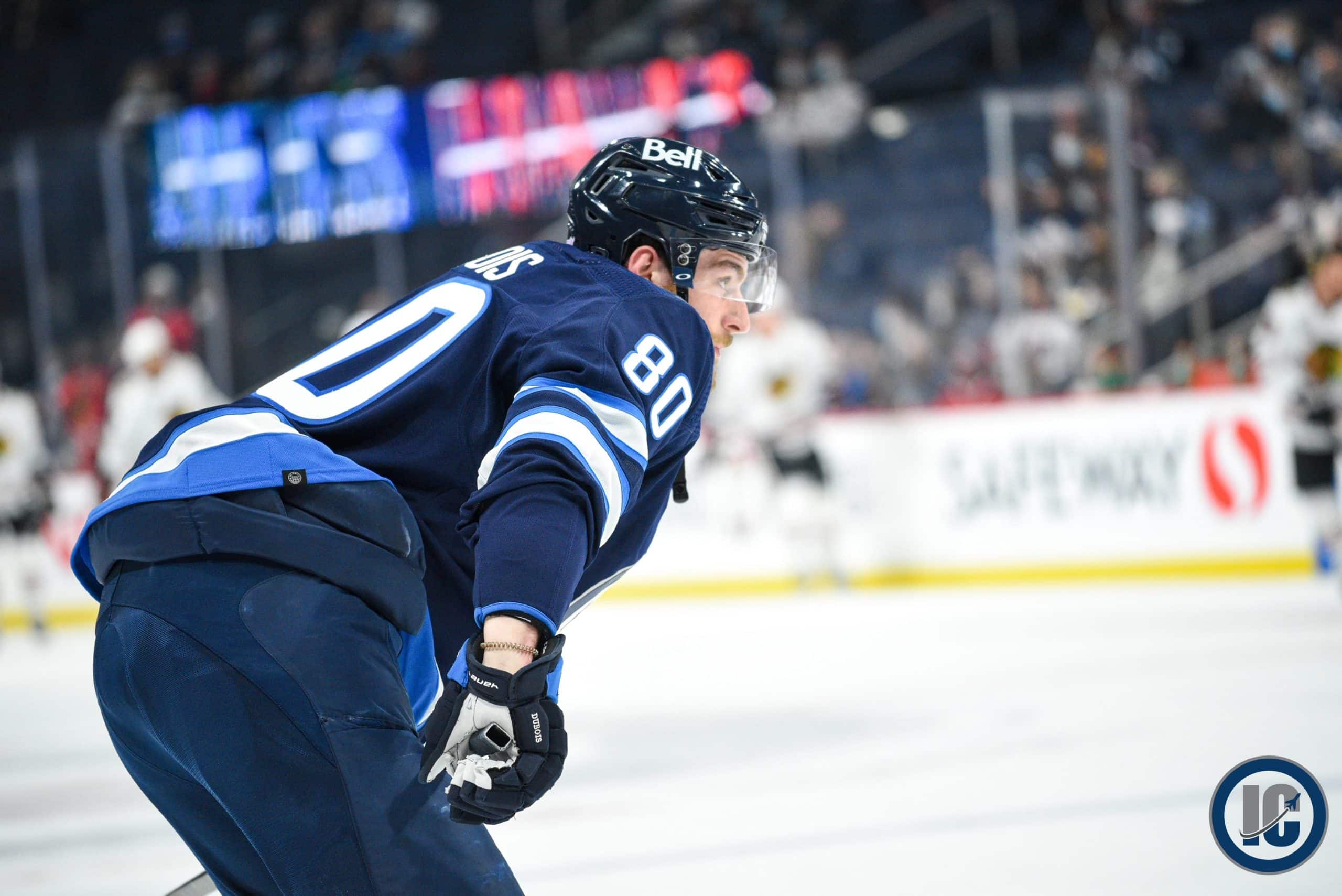 Winnipeg Free Press: Dubois key to Jets future. (Paywall). Given how things have gone the Jets cannot afford to swing and miss.

Winnipeg Free Press: Voice of the Jets hanging up the mic. (Paywall). It was pretty stunning news on an off day. Jeff caught up with Dennis to discuss.

Global News: Weekly segment with John Shannon on the Jets. The focus of John Shannon’s latest weekly chat on the Jets focused on potential changes to the organization and reasons for optimism.

Illegal Curve Hockey: Moose steamroll the Canucks 7-1 in second last game of regular season. The Moose defeated the Canucks 7-1 last night in Winnipeg but Manitoba was responsible for all eight goals being scored.If that conundrum has you puzzled then check out the recap of the game.

Voice of the Winnipeg Jets Dennis Beyak to retire at the end of the 2021-22 season
Game 81: Jets vs Flames pre-game report