Note: The Jets pulled off quite the feat last night as they picked up a critical two points courtesy of their improbable 7-4 victory over the two-time defending Stanley Cup champion Tampa Bay Lightning. The Jets will head out on the road for three games starting with the New Jersey Devils on Thursday. With cap space at a premium if the Jets want to call up a defenceman from the AHL (Winnipeg only has six healthy D right now) they’ll need to either place Nate Beaulieu on LTIR or waive Adam Brooks (Update: As expected they recalled Ville Heinola and placed Nate Beaulieu in LTIR).  They had been set to practice before taking off for New Jersey but instead they’ll make it a travel day with no media availability.

Note II: The Moose have another day of practice scheduled for this morning as they look to keep their winning ways alive when they take on Belleville on Friday.

The Hockey News: Jets could become sellers as playoff hopes fade. The body is still warm but the vultures are circling overhead. I could have also used a Monty Python “I’m not yet dead” meme.

Global News: Connor adds layers to his game as he leads Jets in more than just scoring. The season he is having has been remarkable. He made one of the best goalies in the NHL look ordinary on the goal he scored last night and adding penalty killing to his repertoire seems to have been a real boost for him.

Winnipeg Sun: Jets find formula in stunning win over Lightning. But can they capture lightning in a bottle and replicate this feat on a consistent basis? Because that is the biggest challenge for this Jets club. 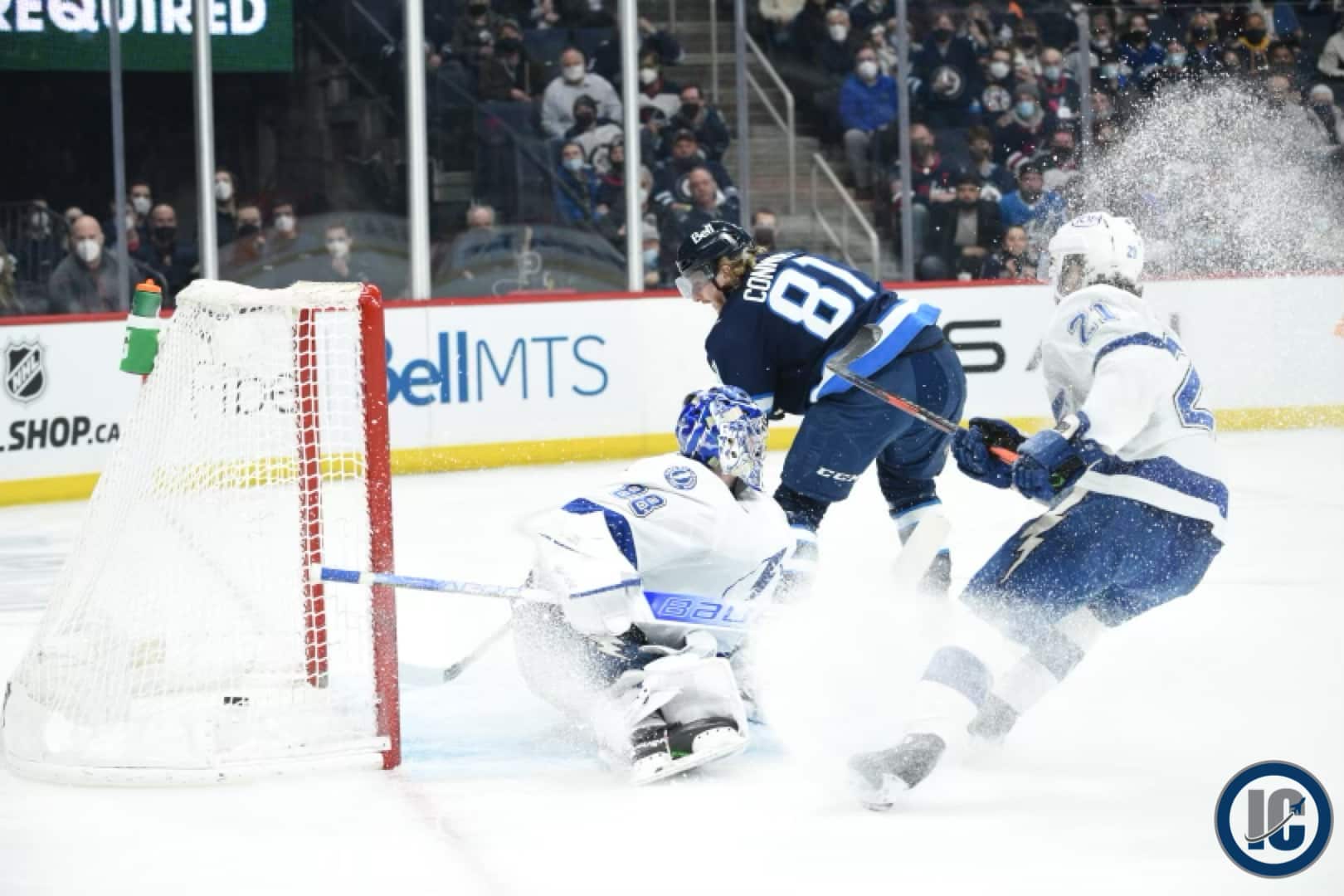 Winnipeg Free Press:  Jets tame beasts of the east. (Paywall). It wasn’t like the defending champs came into the game stumbling of late as they had won four straight prior to last night’s game. Jay recaps the action from his spot inside Canada Life Centre.

Winnipeg Free Press: Hellebuyck part of the solution. You don’t find a number one goalie just anywhere. While Hellebuyck hasn’t been all-world he has still been solid this season (again just not the superhuman we are used to seeing).

Tampa Bay Times: Mistakes prove too costly to overcome in Lightning’s loss to Jets. Gain insight into last night’s action from a writer that covers the Jets opponent.

Sportsnet: 32 Thoughts.  Couple of Jets notes including Thought #8 about Andrew McBain’s son Jack (Minnesota Wild draft pick) and #9 about the Jets approach to the trade deadline.

Steve Dangle Podcast: Should the Winnipeg Jets be sellers and start the rebuild? Steve, Jesse and Adam discuss the struggling Winnipeg Jets and what they believe is the root of their struggles. Is it time for them to blow it up and start a rebuild?