Note: The Jets needed to get the homestand off on the right skate and while it looked a little dicey when they gave up four straight goals they did score four straight twice in the game to earn themselves an 8-4 win over the Habs to improve to 24-21-9 on the season. The Jets were scheduled to practice today but have subsequently cancelled.

Note II: The Moose have another day of practice scheduled today as they prepare to face the IceHogs tomorrow night.

Note III: While the main focus yesterday was on the game there was news on Jets 2020 1st rounder Cole Perfetti who according to interim head coach Dave Lowry is still not skating and remains “aways away”.

Sportsnet: Jets hang for spirited win over Canadiens on back of Scheifele’s Gordie Howe hat trick. Doesn’t seem like 55 expects many more of those in his career. Wieber provides his thoughts on last night’s contest.

Winnipeg Sun: Jets pull out thrilling win over Habs. Hard to really even try to break down the contest. Scott has more from his spot inside the arena. 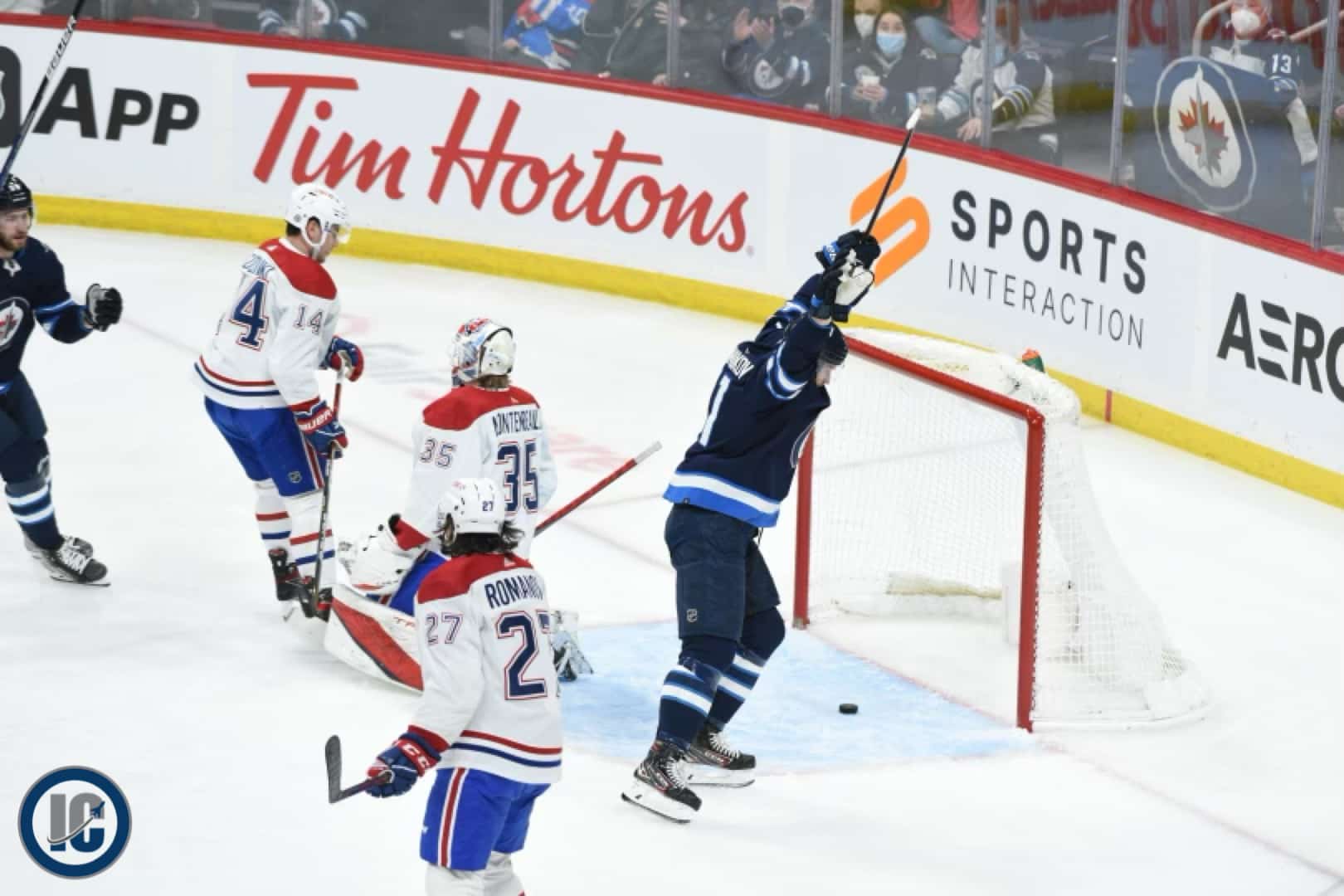 Winnipeg Free Press: Raising their voices for Ukraine. (Paywall). Just a powerful moment ahead of puck drop when they did the Ukrainian national anthem which I suspect was the first time ever at an NHL game in North America that an anthem other than the Canadian and American ones was sung.

Winnipeg Free Press: Paul Stastny’s ill-informed comments tarnish his legacy, hurt Jets. (Paywall). Mike sounds off in response to the column (see below) by his colleague. You can put me in the category of people who don’t care what viewpoints athletes hold (regardless of whether they align with my own values or not).

Winnipeg Free Press: Paul Stastny one-on-one. (Paywall). Jeff had a one-on-one chat with the veteran forward about the news which came out a few weeks back.

Sportsnet: St. Louis’ Canadiens continue to grow and entertain despite loss to Jets. Read about the game from the perspective of a writer that covers Monteal.

Global News: Jets squander huge early lead but hold on to beat Montreal in penalty-filled affair. After a certain point it was hard to believe they were still calling penalties.

TSN: ‘There was just so much emotion within the building’: Orlesky describes Ukrainian anthem rendition. Sara Orlesky joins SC with Jay Onrait to describe the emotional scene in Winnipeg as Hoosli, a Ukrainian male chorus, sang the Ukrainian national anthem prior to the Canadiens-Jets game Tuesday night. Orlesky also breaks down the wild game between the two clubs.