Note: The Jets wrapped up their short two-game home stand last night with a disastrous 5-1 loss against the Canucks. Today they are scheduled to practice before they take off for two games on the road ahead of the All-Star Break. Be sure to check back for the Practice Report to get the full 411.

Note II: The Moose have another day of practice today before they kick off a weekend series with the Abbotsford Canucks for the first time ever.

Global News: Ongoing identity search contributing to Jets’ slide. Are they fast? Are they hard to play against? Are they physical? What are they exactly seems to be a common question for this Jets group.

Sportsnet: Answers to Winnipeg Jets’ current rough patch have to come from within. As I said last night. This is a collective team loss which is obviously not great but also means that they can collectively dig themselves out if they band together and play better as a team.

Winnipeg Sun: Canucks hand Jets their sixth straight loss. The Jets aren’t getting the goaltending, the defence or the scoring right now to win games. Guess the only positive is the losses aren’t attributable on one player. Will take a collective team effort for the Jets to get out of this slump.

Winnipeg Sun: Jets’ Kovacevic has taken path less travelled to NHL debut. He is a big part of an exciting D prospect group that is flourishing right now with the Moose. He is big and can skate. 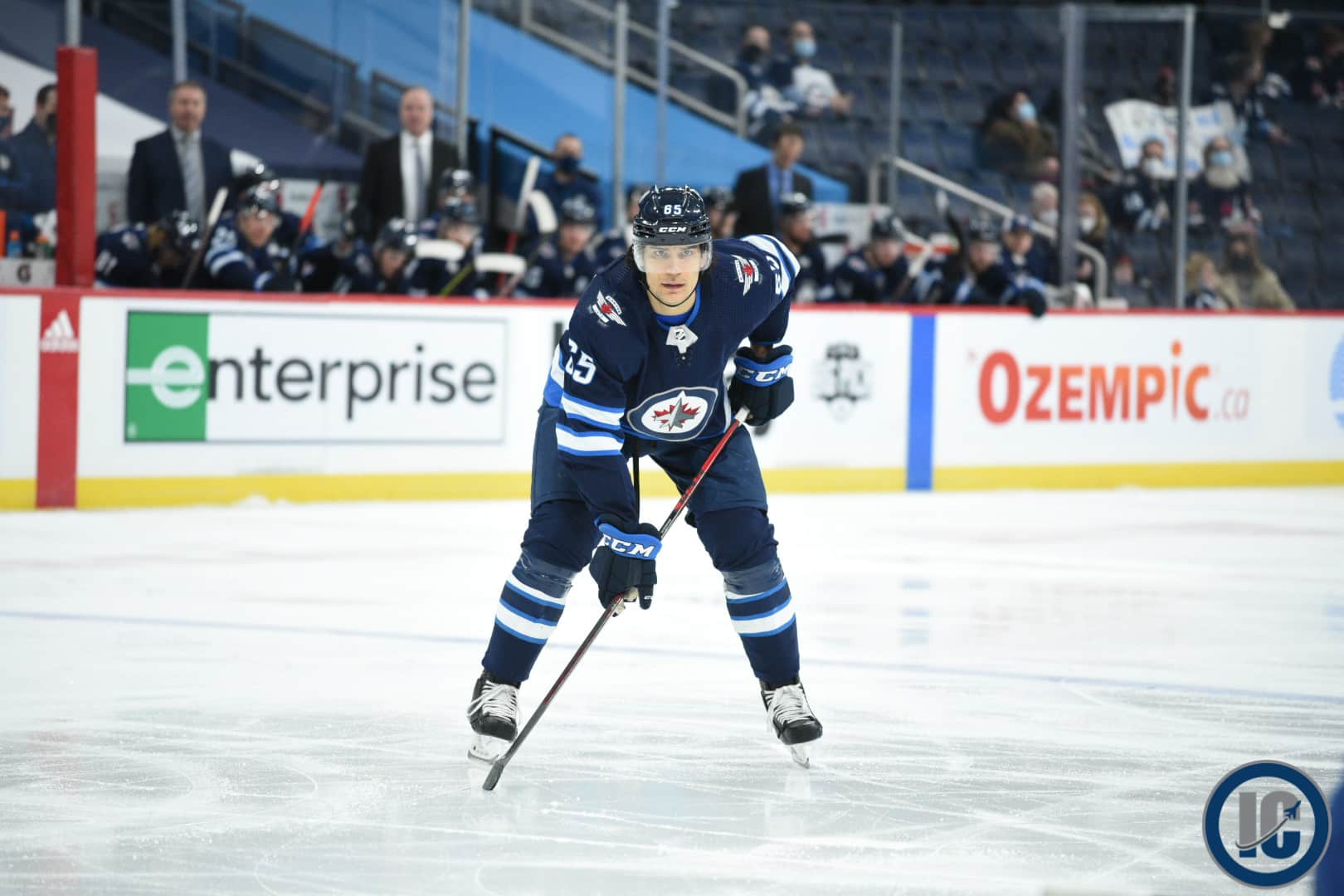 Winnipeg Free Press: Canucks steamroll listless Jets. (Paywall). Jay gives you his thoughts on the game from his seat inside Canada Life.

Winnipeg Free Press: Kovacevic makes NHL debut on Jets depleted blue-line. (Paywall). Really not certain why Dave Lowry didn’t leave Heinola and Kovacevic paired together. The duo have both played plenty of games as pros, had eight games together on the Moose this season alone and he controlled matchups with last change.

The Province: J.T. Miller pulls off hat trick to gun down Jets. Read about last night’s contest from a beat writer that covers the Jets opponent.

The Athletic Winnipeg: Jets midseason depth chart: From Cole Perfetti’s future to Connor Hellebuyck’s workload and youth on defence. Not quite the halfway point of the season for the local NHL club but Murat writes about all the roster question marks that abound.

TSN:  ‘The Winnipeg Jets have hit a roadblock’. The Jets have now lost six games in a row, so what hasn’t been working for the team? TSN Director of Scouting Craig Button shares his thoughts and says that GM Kevin Cheveldayoff will have to take a close look at the composition of his team as the trade deadline approaches.

Sportsnet: Have the Jets hit rock bottom or is there still room to fall? Sean Reynolds and Ken Wiebe discuss the Winnipeg Jets current struggles after they sustained their sixth consecutive loss at the hands of the Vancouver Canucks.