Note: The Jets hit the ice for practice on Monday before they jetted off to Washington to start their four game road trip. Still some lineup question marks so be sure to check back for our pre-game report to get the full 411. Puck drop is at 6 PM CST and following the final buzzer we want you to join the conversation on the Illegal Curve Post-Game Show.

Note II: The Moose are practicing in Iowa today as they look to conclude an excellent road trip tomorrow against the Wild. They’ve gotten at least a point in their five previous road games this trip (4-0-1-0) and could have some players back after being hit with some recalls as well as five players in covid protocol.

Winnipeg Sun: Jets eager to get the show back on the road. The return to normality comes at a cost with tough opponents for the next four games on the road.

Winnipeg Free Press: Jets hoping all the practice pays off as they hit the road. (Paywall). It is one of the most unusual schedules you could ever imagine but it has allowed interim head coach Dave Lowry to put his stamp all over this Jets club this last month. 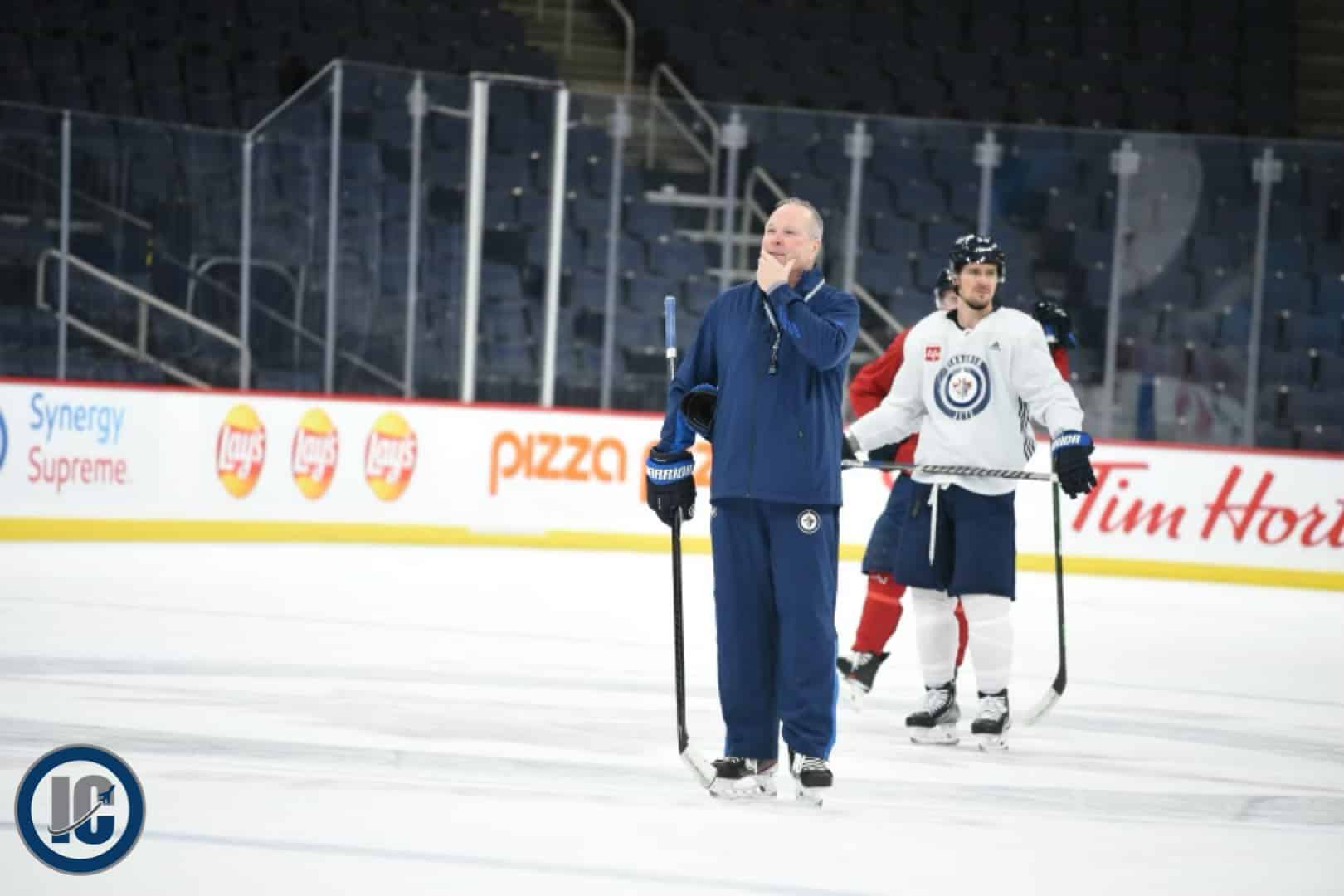 Winnipeg Free Press: Wheeler back on ice, should play soon. If the team can continue to bank points it could allow the Jets captain to slowly get back into the swing of things. As it is the side benefit for him with all these postponed games is rather than missing 16 games he has only missed seven games.

Sportsnet: Jets face critical stretch of season as Wheeler inches closer to return. With teams around them continuing to win and with the division leaders well ahead of them they are going to need to pick up lots of points during this road trip.

Global News: Jets get back into the swing of things with challenging road trip. If you want to be a playoff team you’re gonna have to beat some good teams and that is gonna be their task this week.

The Athletic Winnipeg: How efficiently do the Jets spend their money? (Paywall). They are spending a lot of it this season as they are at the cap but just how wisely are those dollars being spent? Murat delves into this topic in his latest article.

TSN: ‘We’re tired of practicing’: Jets excited for road swing. Having only played four times in a month, the Jets are excited to get back out on the road and get into some game action, and understand the challenges of some of the high-end teams that await them.