Note: The Jets took Sunday off although they did announce four transactions including a reassignment to the Moose (see below) while recalling three players to the taxi squad from Manitoba. Today they are scheduled to practice in Winnipeg before they jump on a plane to Washington where they will kick off a four game road trip. Check back for the Practice Report to get all the latest news and interviews.

Note II: The Moose were traveling from Michigan to Iowa on Sunday after they earned three of four points against the Griffins this weekend. It has been a very good road trip for Manitoba who have points in all five game so far (4-0-1-0). They got back Declan Chisholm from the Jets yesterday after the 2018 5th rounder made his NHL debut. They could also be getting back some of the five players who entered covid protocol on the 12th. Today they are off. They are scheduled to practice tomorrow before they conclude the sixth and final game on the road against the Wild on Tuesday night.

The Athletic Winnipeg: How efficiently do the Jets spend their money? (Paywall). They are spending a lot of it this season as they are at the cap but just how wisely are those dollars being spent? Murat delves into this topic in his latest article.

Winnipeg Sun: For Jets bench boss Lowry, the kids are alright. Sounds like the Jets interim bench boss doesn’t check capfriendly out before he decides how much ice time a player is gonna get. That is probably a good philosophy to have to ensure that your players are playing their best and aren’t content to coast. 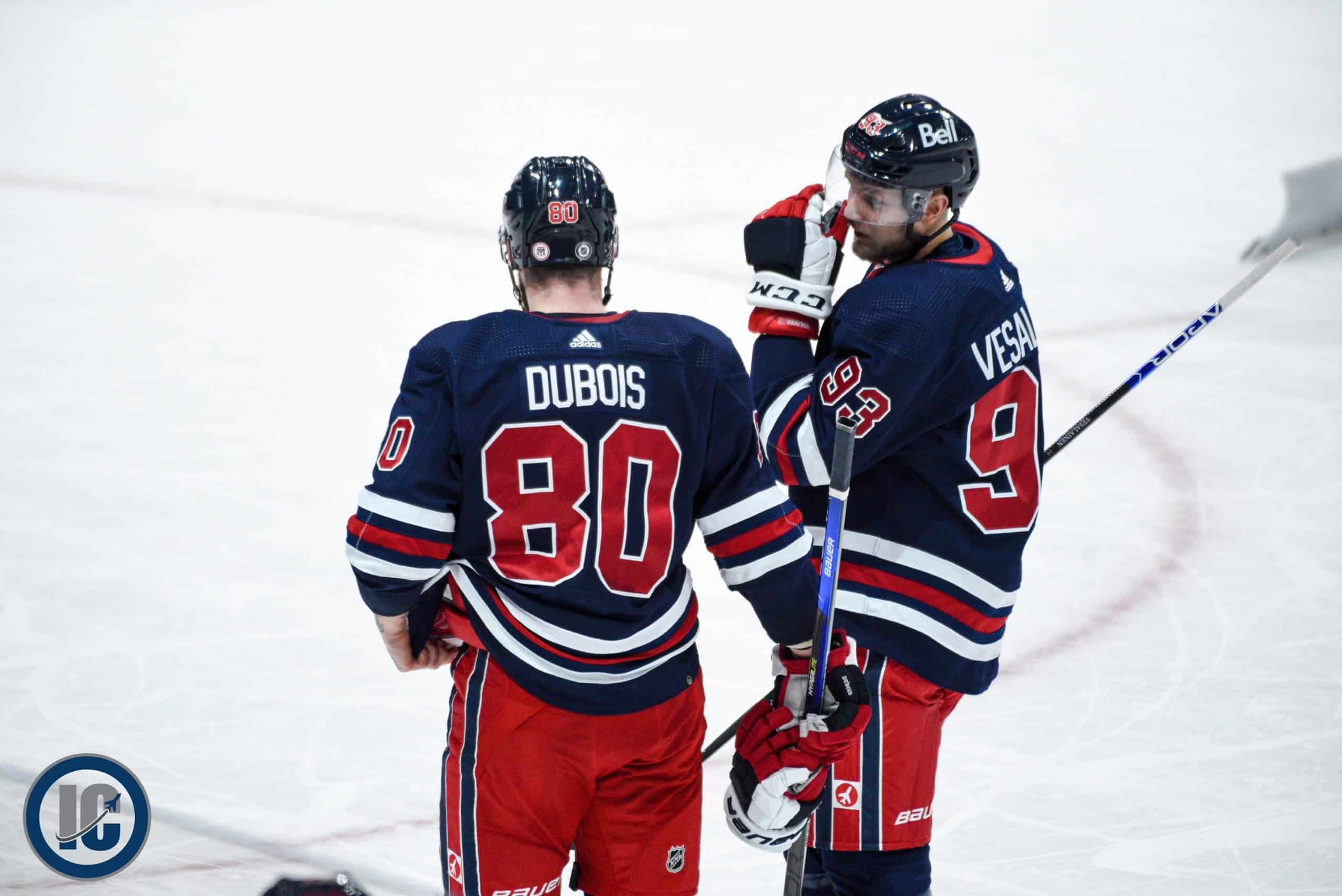 Sportsnet: Jets’ Samberg, Pionk have hockey-mad hometown beaming with pride. Add to the fact that they were paired up together and you’ve got a made for TV movie. Well maybe not quite but Wieber wrote about the pair of Minnesotans.

Illegal Curve Hockey Show: Saturday Podcast. Topics from our last show included: The Jets schedule the last month (lack of games). All the roster uncertainty for Winnipeg plus updates on Wheeler and Gustafsson. Pierre-Luc Dubois’s next contract. Previewing Jets upcoming road trip. We were joined by Paul Edmonds of 680 CJOB and Samantha Pell of the Washington Post.