Note: The Jets got back five players from protocol on Saturday which helped given the news from interim head coach Dave Lowry that they had lost two players (Suess & Svechnikov) to upper-body injuries. Be sure to check out yesterday’s Practice Report to get the full 411 on the local NHL club.

Note II: The Moose and Griffins had a re-match in Grand Rapids last night as Manitoba concluded three games in four days during this six game road trip. After losing in a overtime in Friday’s game it was another tight contest on Saturday. The Griffins converted on a 5 on 3 advantage in the 3rd which the Moose got back courtesy of a Leon Gawanke blast. OT solved nothing but Manitoba scored twice in the shootout (Burgess & Johnson) and Holm made a stop (see it all here). As a result the Moose win the game and are now 20-9-2-1 on the season. The victory gives them five straight games on the six game road trip with at least a point (4-0-1-0) and they are 6-0-1-1 in their last eight. They head to Iowa to conclude this road trip.

Sportsnet: Jets’ Samberg, Pionk have hockey-mad hometown beaming with pride. Add to the fact that they were paired up together and you’ve got a made for TV movie. Well maybe not quite but Wieber wrote about the pair of Minnesotans.

Winnipeg Sun: Samberg, Chisholm debuts both praised and put in perspective. Both players didn’t look out of place and while it was certainly a good start for them both it is worth noting that it was simply one game.

Winnipeg Free Press: D-men impress in debut. (Paywall). They impressed but if you’ve been paying attention to what they’ve done at the AHL level you aren’t shocked by their competence.

Peterborough Examiner: Former Petes player Declan Chisholm makes NHL debut. I was really curious to see if the Jets 2018 5th rounder would play his game that we see on a nightly basis in the AHL in his NHL debut and to his credit we did. Folks were paying attention back where he spent four seasons playing in the OHL. 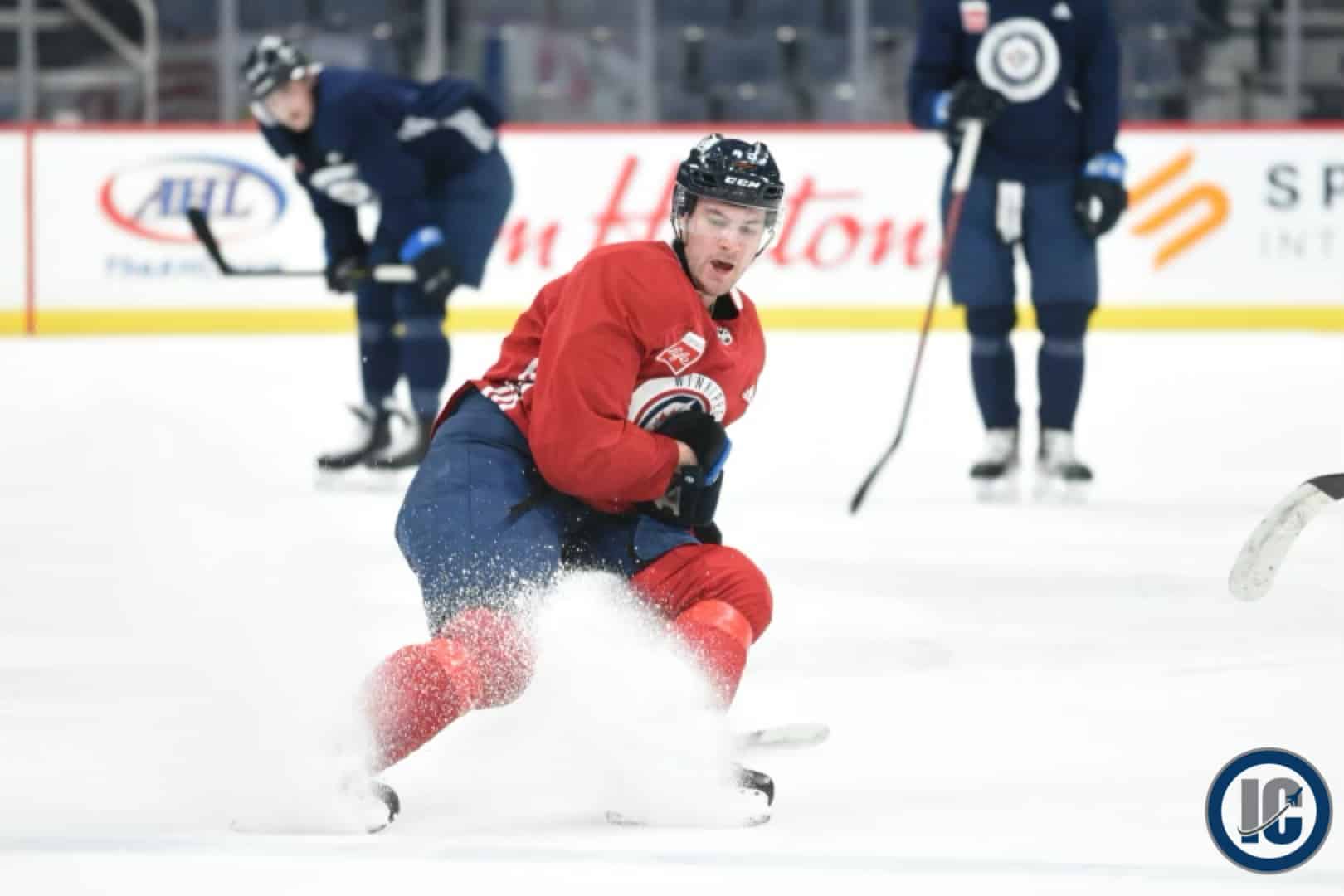 Sportsnet: Jets happy to move past COVID hurdle with lots of runway left in season. Sean Reynolds and Ken Wiebe discuss the Winnipeg Jets starting to get bodies back from the COVID list, how Dave Lowry has managed the young players in the lineup, and how Connor Hellebuycks workload should be managed moving forward.

Illegal Curve Hockey Show: Saturday Podcast. Topics from yesterday’s show included: The Jets schedule the last month (lack of games). All the roster uncertainty for Winnipeg plus updates on Wheeler and Gustafsson. Pierre-Luc Dubois’s next contract. Previewing Jets upcoming road trip. We were joined by Paul Edmonds of 680 CJOB and Samantha Pell of the Washington Post.