Note: The Jets returned from Michigan late Thursday night with two points in the standings bank. They took Friday off and have a few days of practice before they head back out on the road for four games starting with the Capitals on Tuesday. They are set to practice today in Winnipeg at 11 AM so check back for the Practice Report.

Note II: The Moose got some reinforcements in the form of four players being reassigned on Friday morning which was good news for them as they had a game last night in Grand Rapids, Michigan. The team held Austin Poganski out of the lineup given he had played the previous two nights and despite still being undermanned they held a 2-1 lead after 40 minutes. Goalie Evan Cormier was excellent for most of the game (making saves like this) although he gave up a weak goal late in the 3rd which forced OT and ultimately a mistake between Malott and Gawanke allowed the Griffins to pick up the OT win. Manitoba is now to 19-9-2-1 on season. Manitoba has points in all four games of this road trip and they are 5-0-1-1 in their last seven. Tonight the road trip continues with a re-match. Puck drop is at 6 PM CST.

Note III: Be sure to join us on the Illegal Curve Hockey Show today at 9:00 am CST on our YouTube channel and social media platforms. Guests will be Paul Edmonds of 680 CJOB and Samantha Pell of the Washington Post.

Winnipeg Free Press: Adversity brings Jets closer together. (Paywall). While some folks tend to forget there are humans under those helmets and jerseys and they often have “normal human” type things happening in their lives away from the rink. Mike details what this club has gone through and how it has brought them closer together as a group. 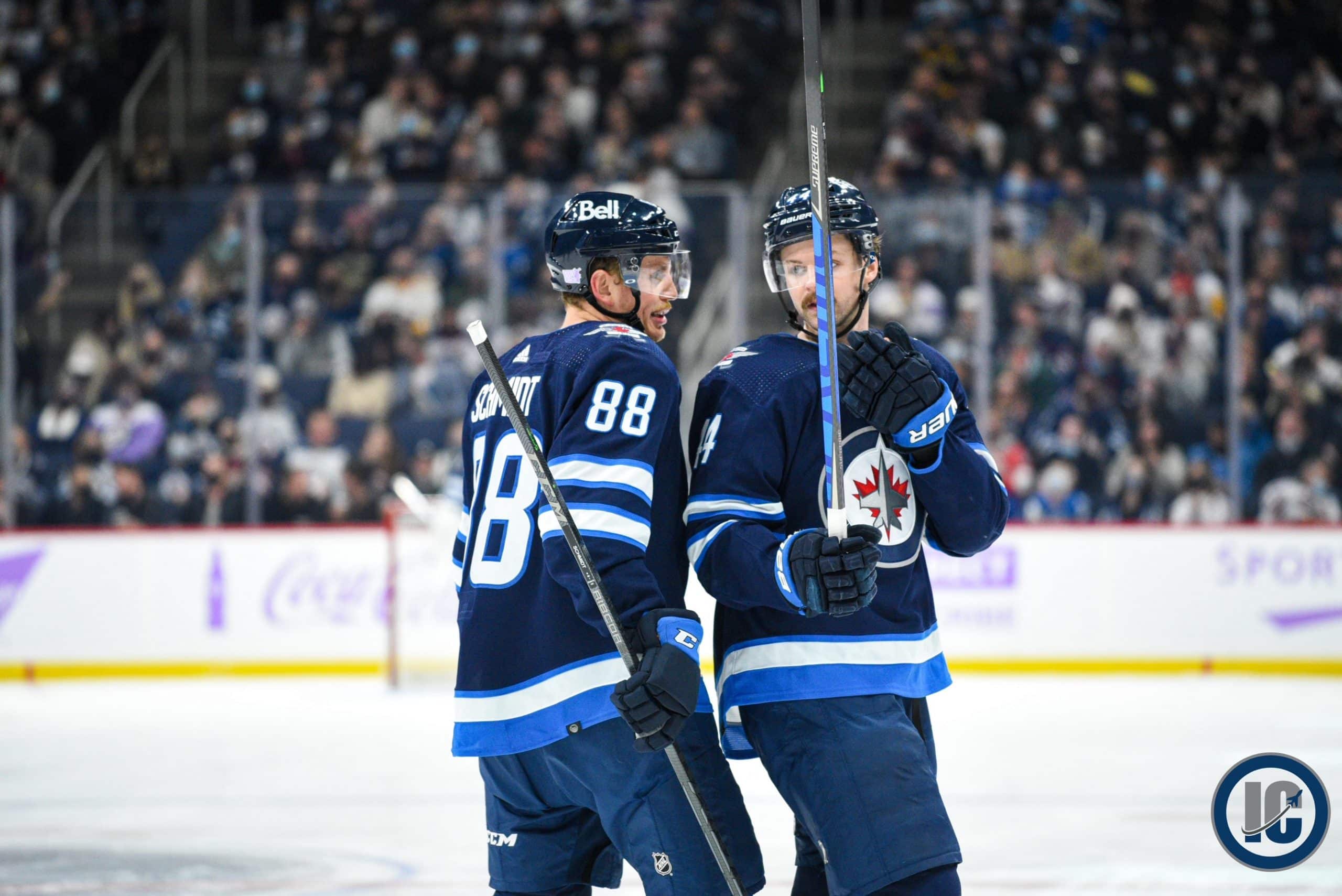 Global News: Jets’ defensive depth on full display.  For those who haven’t been listening to me yap about the D prospects in the system what we saw yesterday may have been a revelation for you. But the reality is those two plus Kovacevic, Heinola, Gawanke and Lundmark reflect the deep D system in the Jets organization. Ken’s article focusses on the 2017 2nd rounder and the 2018 5th rounder who made their NHL debuts yesterday.

Sportsnet: As the Jets’ stoic catalyst, Kyle Connor becoming an All-Star is no surprise. Hopefully now that he is discovered we can stop talking about how “unknown” he is around the NHL. Ken with more on the sniper from Michigan.

Sportsnet: Samberg and Chisholm walked into Jets lineup and looked nowhere near out of place. Kenny and Renny discuss the NHL debuts of two Winnipeg Jets prospect defenceman, as both Dylan Samberg and Declan Chisholm each walked into the lineup and absolutely fit right in.