Note: Yesterday morning began with the Jets assigning three players to the taxi squad and then they hit the ice for a second consecutive day of practice. Nothing new on the status of Paul Stastny and Logan Stanley who remain day-to-day with LBIs and interim head coach Dave Lowry also didn’t provide any real insight into the potential availability of Dylan DeMelo and Jansen Harkins who are both in covid protocol. The team is off today. (Update: The team announced that Nikolaj Ehlers is in covid protcol).

Note II: The Moose were traveling on Sunday after picking up two wins this weekend in Texas to kick off the six-game road trip. They are in Wisconsin today where they will practice this afternoon in Milwaukee as they prepare to face the Admirals on Wednesday night. They are going to need all hands on deck as they lost three players to the taxi squad and still have a few players in covid protocol.

Note III: It was a good weekend for a pair of Jets draft picks. 2021 1st rounder Chaz Lucius had 2G 2A in a pair of games for Minnesota (Fri game | Sat game) while 2018 3rd rounder Nathan Smith finished with 2G 4A in two games for Minnesota-State Mankato (Fri game | Sat game) which put him atop the NCAA scoring leaders with 33 points (13G 20A) in 22 games.

The Athletic Winnipeg: What’s it really like for Jets players to do media over video calls? (Paywall). There is no doubt that the level of discourse has been downgraded when you lose the personal touch of interaction. Murat delves deep into what has become the reality the last few seasons in pro sports.

Winnipeg Sun: Defencemen, forwards alike adapting to laying less lumber. It is all about being able to adapt and defencemen across the NHL are having to evolve their games this season. 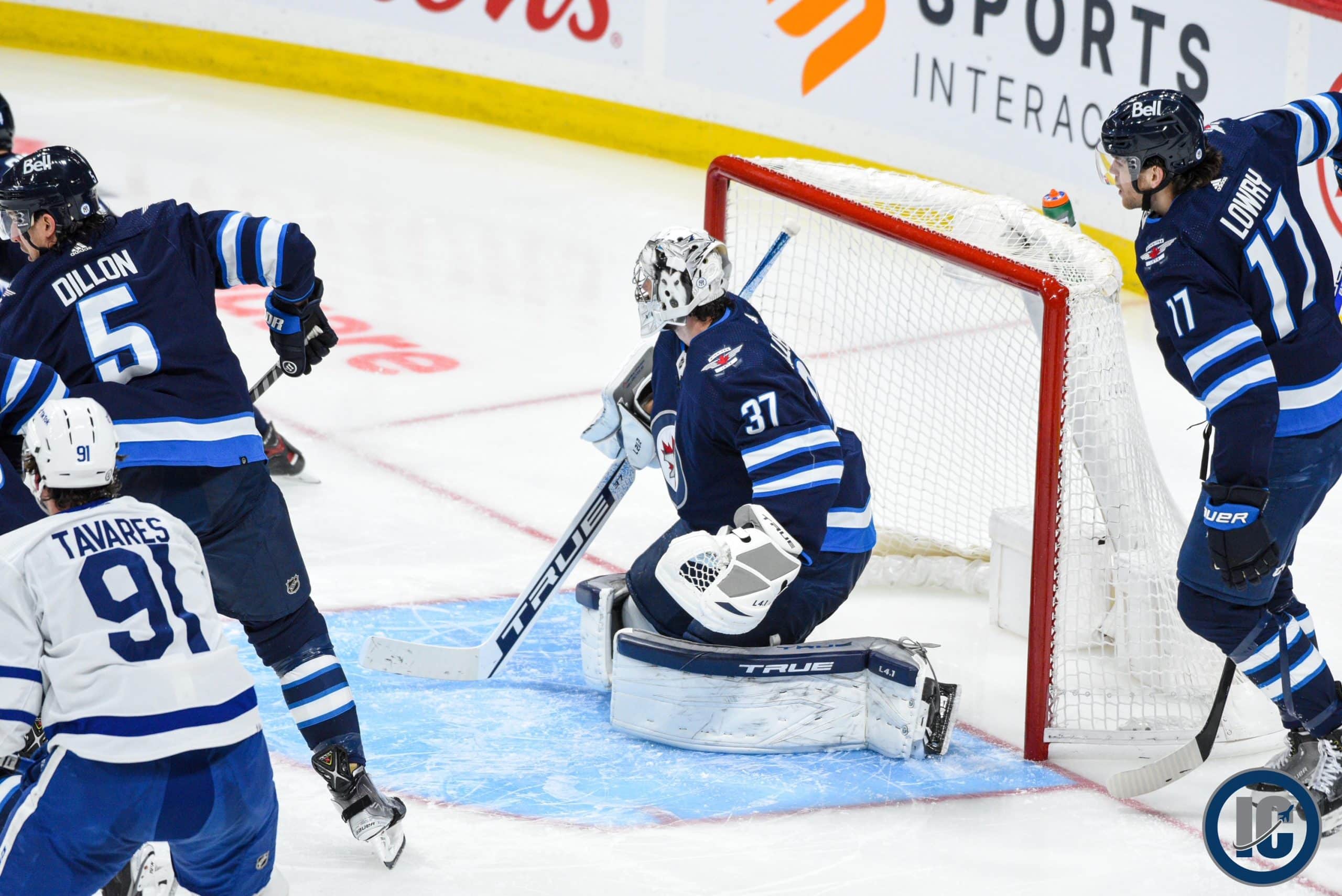 Sportsnet: How a phone call with Darryl Sutter set Jets’ Dave Lowry on his coaching path. Kenny goes deep on this one about the Jets interim coach Dave Lowry.

Illegal Curve Hockey Show: Podcast. Topics on the show included: Jets and Avalanche recap. Lack of home games in Winnipeg due to postponements. Jets having an even goal differential/need for more production from the team (i.e having three scoring lines). Moose win last night and pair of Jets prospects had big nights on Friday, We were joined by Sean Reynolds of Sportsnet and Kevin Allen of Detroit Hockey Now.