Note: The Jets have been off for two days with Saturday being a travel day and with the team taking Sunday off. All eyes will be on practice today for updates on the status of captain Blake Wheeler as well as Neal Pionk who was in concussion protocol. Check back here for our Practice Report.

Note II: Following two wins this weekend to sweep their short two-game series with the Griffins the Moose took Sunday off although they did have some news with 2019 1st rounder Ville Heinola being reassigned to the AHL club. Of course given the expected news about the Jets captain the Moose will likely be without David Gustafsson when the smoke clears. Manitoba was scheduled to practice but have subsequently cancelled their skate.

Note III: Big congrats to the Winnipeg Blue Bombers who have won back-to-back (with a year off in between due to covid) Grey Cup championships. Last night’s game was a thriller which fittingly ended with the defence making a huge play in OT.

Winnipeg Free Press: With captain Wheeler sidelined, time to take a gander at Gustafsson. (Paywall). Looks like the Gus Bus has a lot of passengers on it. If you want some insight on the 2018 2nd rounder check out the comments made by his head coach Mark Morrison. 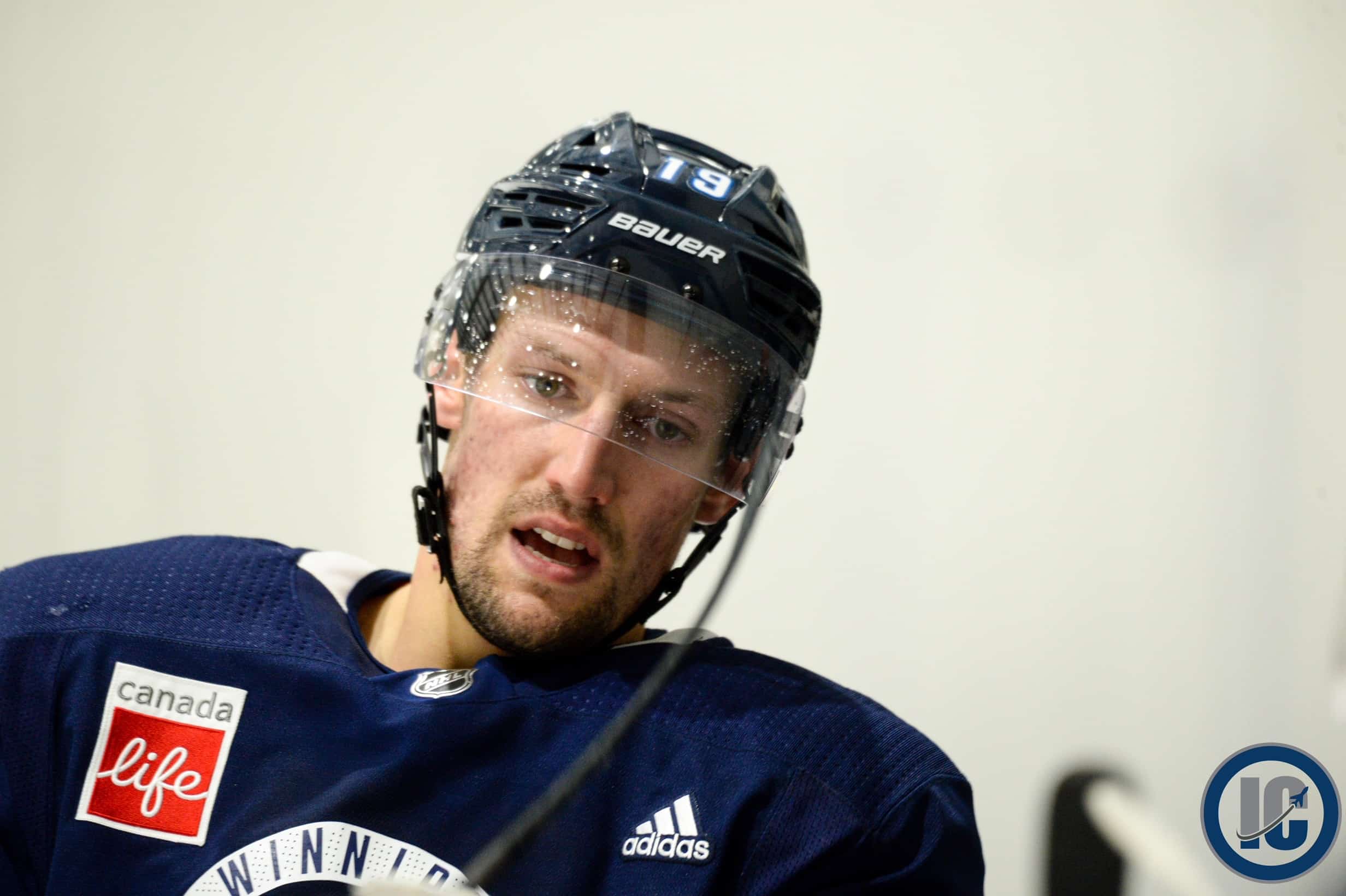 Illegal Curve Hockey Show: Saturday Show. Topics covered included Reflection on the Jets week that was. Coaching lineup decisions. Changes to the Jets penalty kill which has led to improvement. The upcoming schedule and a focus on the five straight against the Central. Guests included Jeff Hamilton (Winnipeg Free Press) and Martin Biron (Retired NHL goalie. Sabres studio analyst for MSG and The Instigators on TSN-RDS) .