Note: The Jets played their first ever game at Climate Pledge Arena and left with a 3-0 win over the Kraken courtesy of Connor Hellebuyck‘s 25th career shutout and birthday boy Kyle Connor‘s two goal game. No rest for Winnipeg as they flew to Vancouver where they will take on the Canucks this evening to conclude this two-game road trip out west. No morning skate courtesy of the back-to-back but we do know that Eric Comrie will get the start in net. Puck drop is at 9 PM CT and we want you to join the conversation on the Illegal Curve Post-Game Show which starts shortly after the final buzzer.

Note II: The Moose are feeling good about their game right now having won seven of their last nine games. They are back home for a pair of games this weekend starting tonight against the Griffins with a 7 PM CT puck drop. We’ve got two premium tickets to giveaway for the game so be sure send me a message on twitter (@icdave) or email (dave @ illegalcurve.com) if you want to go to the game.

Note III: The Jets made it official that they have loaned Cole Perfetti to Team Canada for selection camp.

Winnipeg Sun: Jets’ penalty kill improves after ‘honest’ meeting prior to Seattle shutout. Normally you’d say it can only go up from here but the truth is it could get worse or remain stagnant. While Seattle doesn’t boast a top NHL power play killing five opportunities for this Jets club is definitely something to be built upon.

The Athletic Winnipeg: Inside the Jets’ first trip to Seattle: Team meetings, takeaways and lessons learned. Murat was part of the first ever Winnipeg based expedition to Washington State for an NHL contest involving the Jets and these are his findings.

Winnipeg Sun: Hellebuyck earns first shutout, Connor scores twice on birthday as Jets blank Kraken. Hellebuyck’s 25th career shutout on Connor’s 25th birthday. That is voodoo. Aside from the fun with numbers Scott breaks down last night’s contest from his view inside the arena. 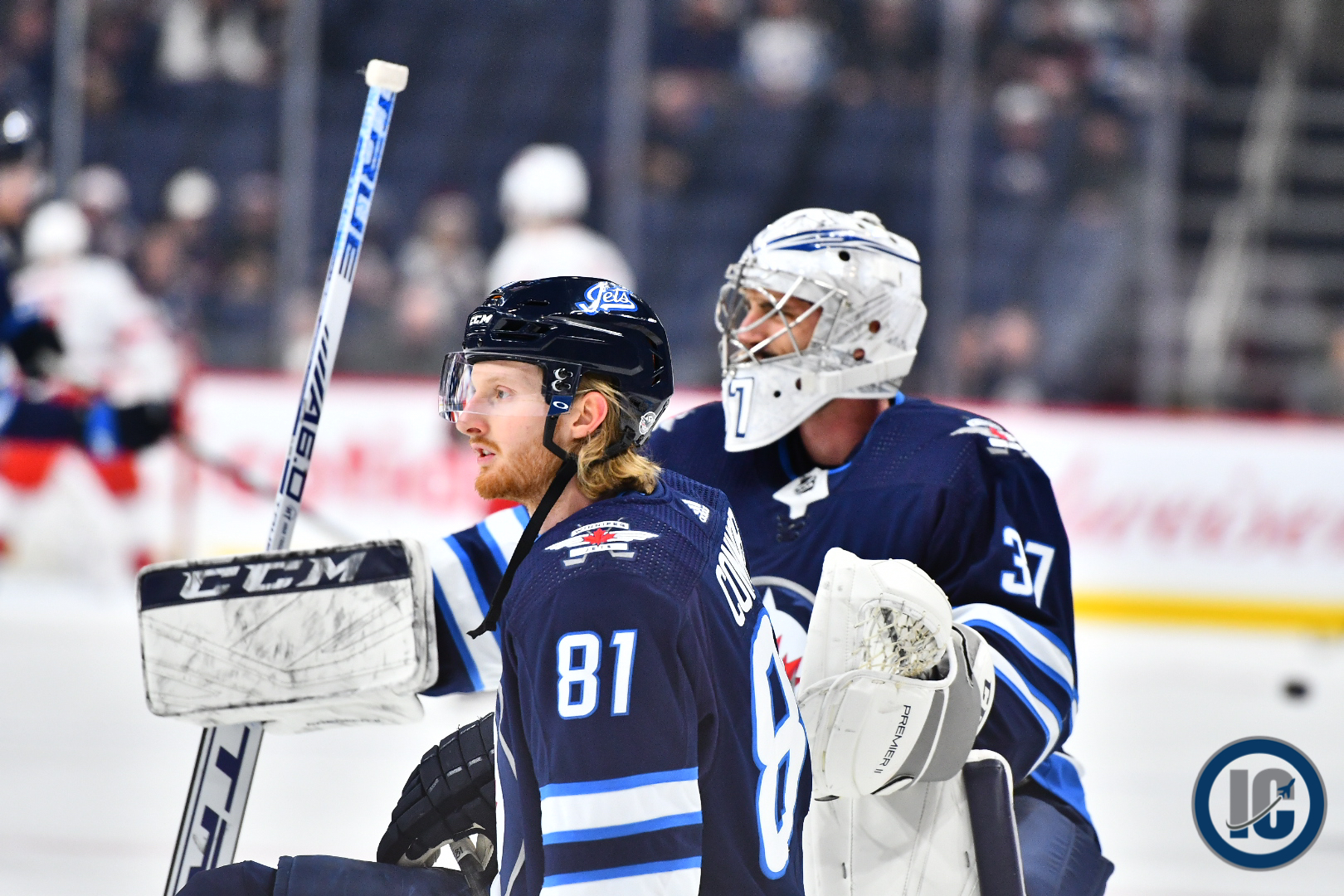 Winnipeg Sun: Jets forward Appleton forging new path with Kraken. He was a diamond in the rough when he was taken in the 6th round of the 2015 draft and worked his way up from the 4th line of the Moose to the top and then to the Jets.

Winnipeg Free Press: Connor nets two, Hellebuyck gets his due as Jets blank Kraken 3-0. (Paywall). Mike gives you his thoughts on the game which he watched from the pressbox inside Climate Pledge Arena.

The Seattle Times: Goalie Grubauer improves but Kraken fail to get on the board in 3-0 loss to visiting Winnipeg. Always good to read about the game from the perspective of a beat writer that covers the Jets opponent.

The Seattle Times: With former team in town, Mason Appleton still seeking consistency. Not easy to leave the only organization you’ve known in your career and have to re-establish yourself.

The Hockey Guy: On Paper the Winnipeg Jets should have a better record than 12-9-4. The popular hockey YouTuber spends quite some time today looking at the local NHL club and why they should be better than their current record.

The Hockey News: Cole Perfetti brings big-time experience to Canadian World Junior return. He certainly has some unfinished business and wants to add a gold medal to his resume.