Note: The Jets practiced on Saturday after they had an offensive outburst on Friday night scoring eight times. Today they face a huge test in a Leafs team that has established themselves as one of the best in the Eastern Conference. While Toronto lost last night in St. Paul they came back from a 3-0 deficit to force a shootout. Morning skate for Winnipeg gets going at 10:30 AM and check back for our pre-game report to get all the latest. Puck drop is at 7 PM and we want you to join the conversation on the Illegal Curve Post-Game Show which starts shortly after the final buzzer.

Note II: The Moose continued their winning ways in Belleville last night where they defeated the Senators 3-1 which gives them six wins in their last seven games. They had goals from newly named alternate captain Cole Maier tied the game, Austin Poganski stayed hot with his seventh straight game with a point and Jeff Malott finished off a nice 2 on 1 with CJ Suess. Manitoba improved to 12-6-1 on the season which is good enough for 2nd in the Central. They will have a re-match with them this afternoon with a 2 PM puck drop.

Winnipeg Sun: Wheeler to play 1,000th game vs. Leafs. Scott previews the big game for Winnipeg and what it means for the captain.

Winnipeg Sun: Road to 1,000 games paved with rock-like durability, considerable skill and dogged determination for Jets’ Wheeler. An in-depth look at what number 26 has meant to the city and franchise.

Sportsnet: Jets captain Blake Wheeler’s durability, dedication shine as he hits 1,000 games. Ken reflects on the career of the Jets captain as he approaches this milestone.

Sportsnet: Jets’ Scheifele, Ehlers quiet sky-is-falling narrative with epic offensive outburst. While both players needed to break out of their slumps it definitely felt like it was more important for Mark Scheifele to have that sort of performance given his season to date. Nikolaj Ehlers has produced and was in a drought. Ken has more on the topic in his latest. 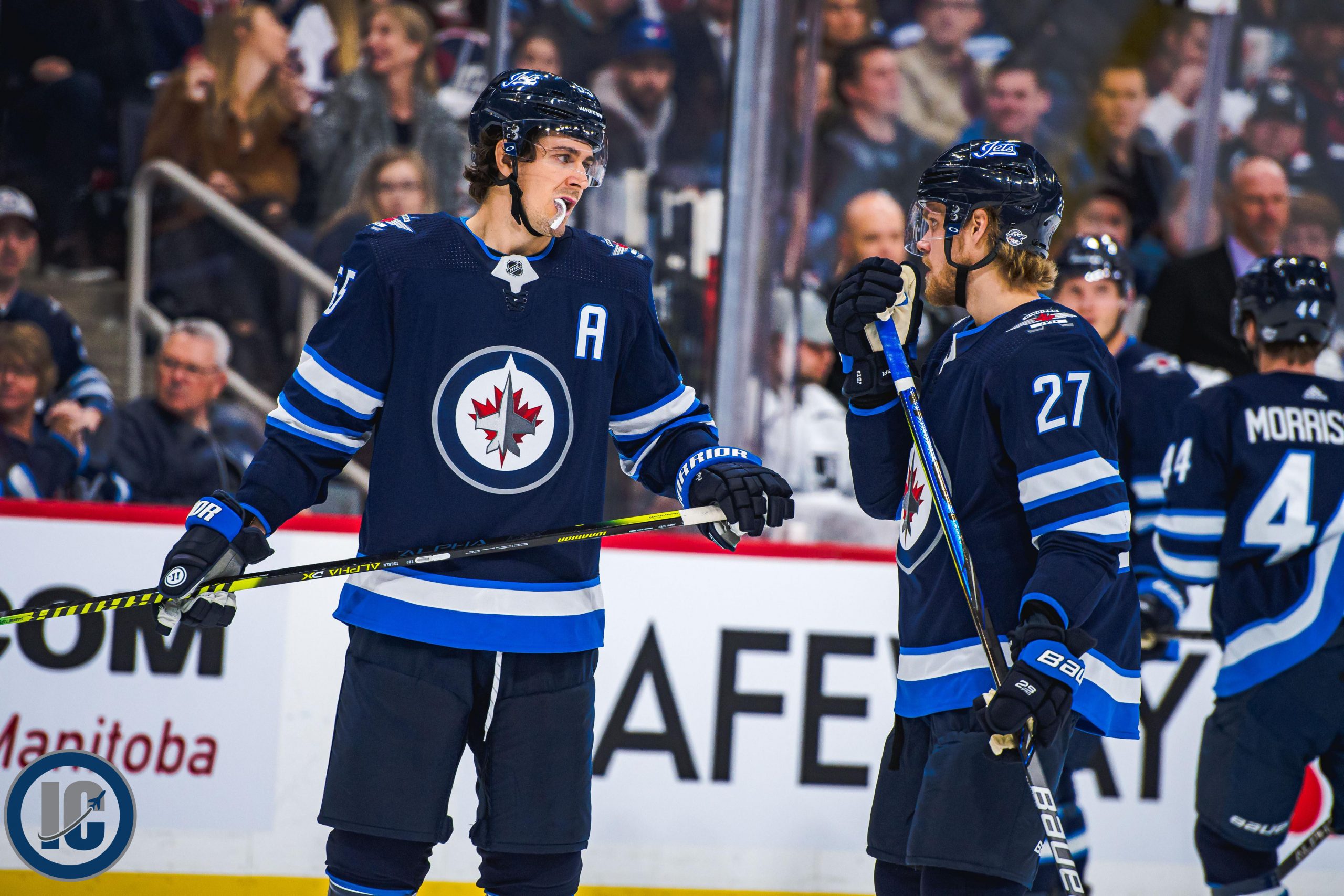 Toronto Sun: Maple Leafs come to life with three-goal rally, but lose shootout. If you’re curious how the Jets opponent did last night check out this recap.

theScore: Marner to miss game vs. Jets. That is a big piece of the lineup for Toronto.

Illegal Curve:  Saturday morning show. Recap of the Jets 8-4 win over the Devils. Previewing the Jets and Leafs game. Cole Perfetti being named to the Team Canada selection camp, benefit of going to World Juniors. Includes a chat with Mike McIntyre of the Winnipeg Free Press and Jeff O’Neill (TSN Overdrive).