Note: The Jets needed a win last night and despite a bit of a lull that allowed the Devils to not only get back into the game but also take the lead before the home side eventually exploded for five straight goals to pick up a much needed victory. Today they are scheduled to practice at 12 noon so stay tuned for a Practice Report.

Note II: The Moose are in action tonight as they kick off their three-game road trip in Belleville against the Senators. Puck drop is at 6 PM.

Note III: Busy night in college hockey on Friday for a pair of Jets prospects including 2021 1st rounder Chaz Lucius who had his first two goal game for Minnesota while 2018 3rd rounder Nathan Smith scored an OT winner.

Note IV: Be sure to join us on the Illegal Curve Hockey Show today at 9:00 am CT on our YouTube channel and social media platforms. Guests include Mike McIntyre (Winnipeg Free Press) and Jeff O’Neil (TSN Overdrive).

Sportsnet: Jets’ Scheifele, Ehlers quiet sky-is-falling narrative with epic offensive outburst. While both players needed to break out of their slumps it definitely felt like it was more important for Mark Scheifele to have that sort of performance given his season to date. Nikolaj Ehlers has produced and was in a drought. Ken has more on the topic in his latest.

Winnipeg Sun: Hat trick for Scheifele as Jets wallop Devils. Of all the players that needed to have a break out game none needed it more than number 55. 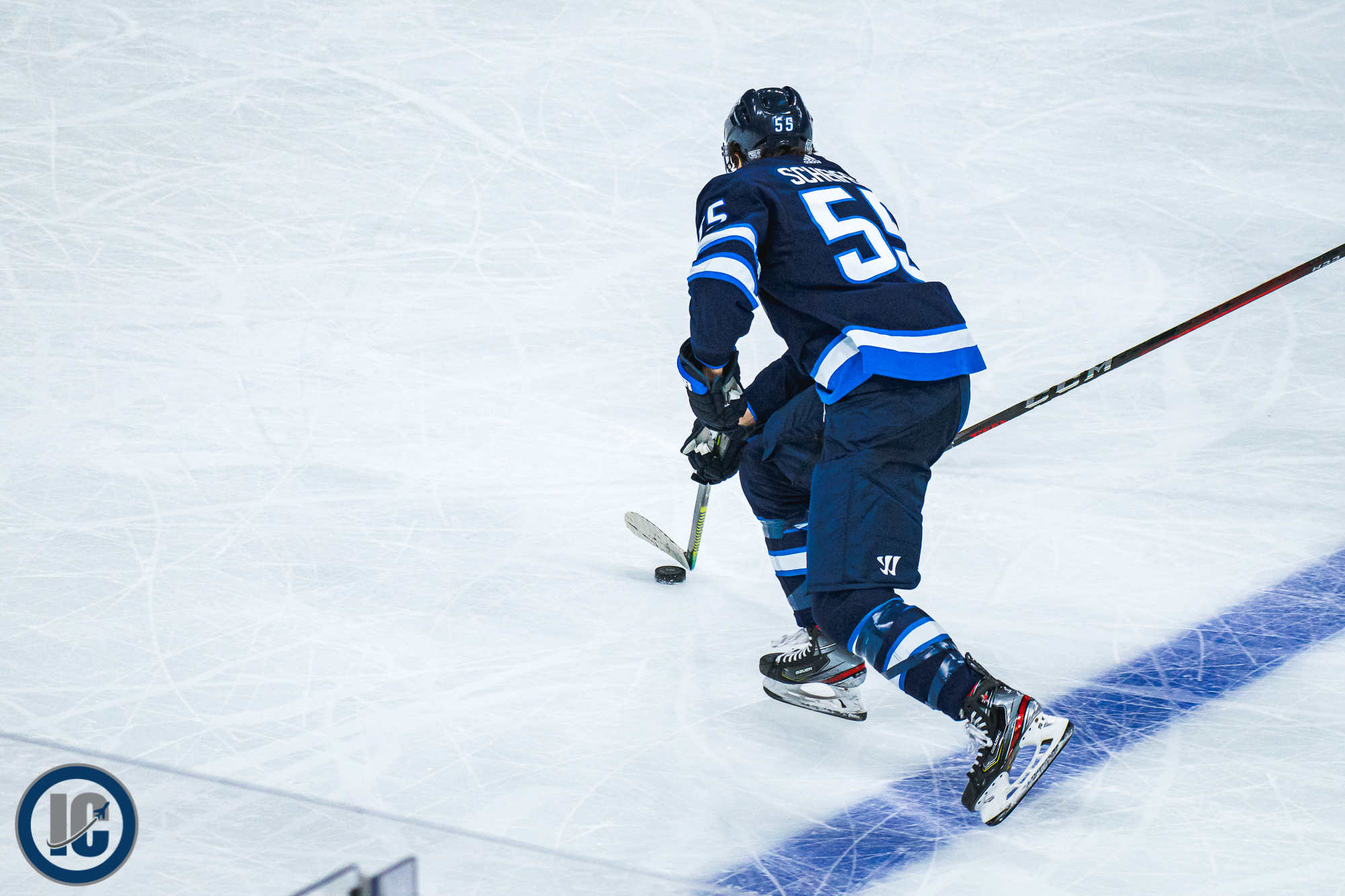 Winnipeg Free Press: Jets solve scoring woes with 8-4 win over Devils. (Paywall). Well one game does not make a season so I wouldn’t declare the woes over just yet. How this team brings this forward will tell the story.

Winnipeg Free Press: Blake Wheeler’s drive and determination unquestionable even in twilight of career. (Paywall). Fitting that he had a three point night and blocked a shot and didn’t miss any time. Mike wrote about the captain ahead of his 1000th game.

TSN: Flood gates open for Scheifele and Jets in feel-good win over Devils. Dennis Beyak is joined by Kevin Sawyer, who broke down a strong offensive performance by Mark Scheifele and the Jets in an important confidence-boosting victory over the Devils.