Note: The Jets held a media availability on Tuesday in Winnipeg before they took off for Columbus to visit Jack Roslovic, Pascal Vincent and their Blue Jackets club to start off their three-game road trip. Morning skate for Winnipeg gets underway at 10:30 AM CT. Be sure to check back for the pre-game report for the latest news and interviews. Puck drop is at 6:00 PM.  Following the game be sure to join us for the Illegal Curve Post-Game Show.

Note II: The Moose practiced on Tuesday as they continue to prepare for their weekend series this weekend in Winnipeg when they welcome the Texas Stars to town. They will practice again today.

Columbus Post-Dispatch: As Pierre-Luc Dubois returns to Columbus with Winnipeg, here’s a look back at the trade. With this being the first time these two teams have met since the big trade expect lots of reflecting to be done on the big trade.

Winnipeg Sun: Jets head to Columbus to take on Blue Jackets. After the blockbuster deal which sent Patrik Laine to Ohio along with Jack Roslovic in return for Pierre-Luc Dubois these two teams will finally face off although of course the aforementioned Laine is out with a oblique injury.

Winnipeg Sun: Jets unfazed by lack of goals, wins. The team is generating chances but they have faced some hot goalies. Head coach Paul Maurice said yesterday his focus was on how to turn these chances into better opportunities to score for his club. 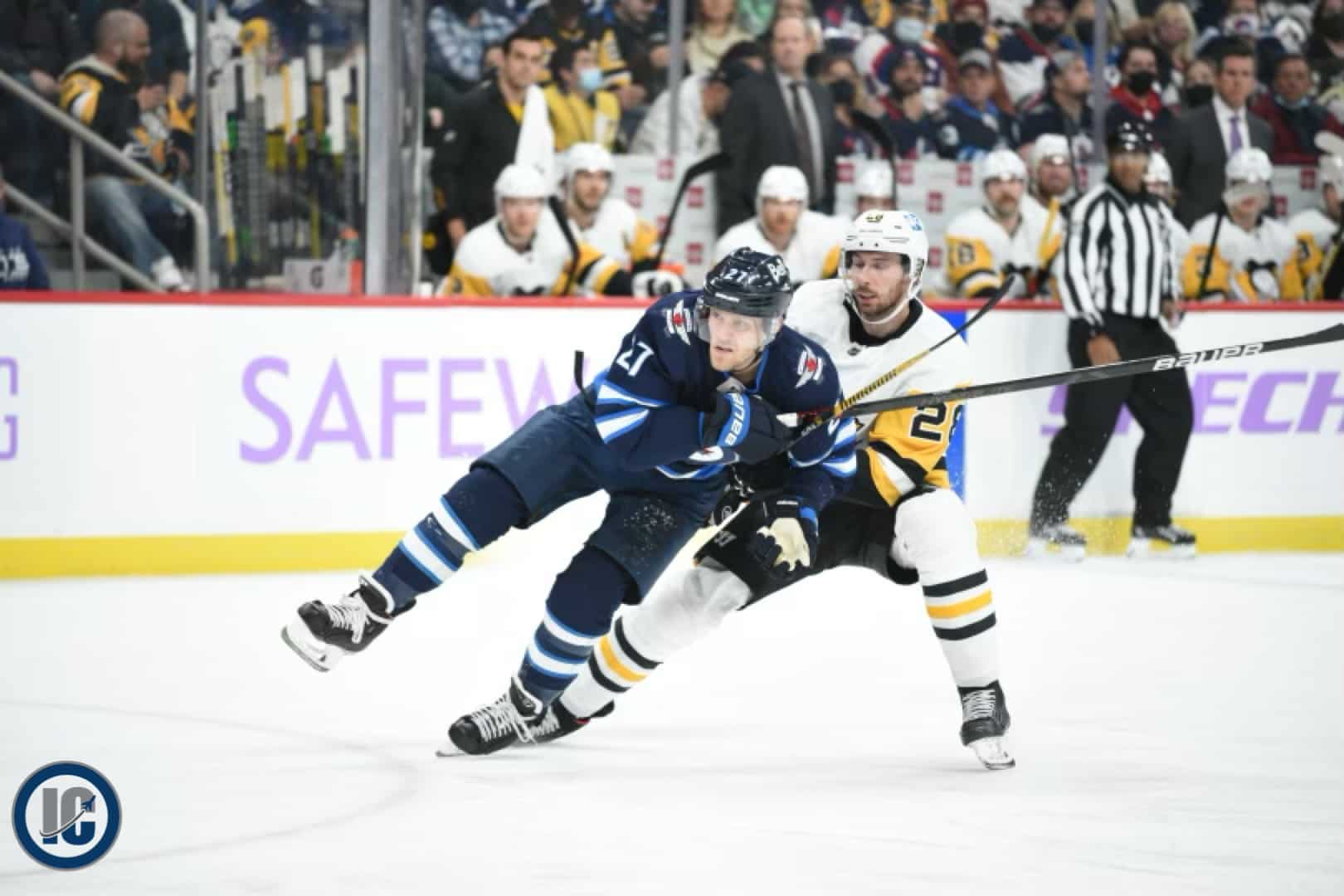 Winnipeg Free Press: Jets not hitting panic button. (Paywall). Prior to this skid they had accumulated points in 13 of 15 games so they have given themselves a bit of a buffer. But they will be looking to get back on the positive side of the ledger this evening in Columbus.

Winnipeg Free Press: Jets-Blue Jackets deal looks like a rare win-win. (Paywall). There is nothing worse than minutes after a trade is made we hear/read “Team X won the trade”. It is nonsense because you literally have no idea which team is the winner. It usually takes months if not years to truly know which team ended up on the winning side.

NHL.com: Holiday atmosphere beckons as Blue Jackets host Jets. Some insight into the Jets opponent this evening as folks in the States get ready for U.S. Thanksgiving tomorrow.

Sportsnet: Jets not ready to hit panic button after only scoring 4 goals in 3 games. Jets forwards’ Pierre-Luc Dubois and Mark Scheifele discuss the ups and downs in every season, and are not at all concerned that a team full of so much talent has only scored 4 goals in their last 3 games, all losses.

TSN: ‘It’s still early’: Jets aren’t concerned with current three-game slide. Mired in a three-game losing streak, the Jets aren’t pushing the panic button just yet, as while they aren’t pleased that they lost those games, they are happy for the most part with their play, and that with much of the season ahead of them, they will only get better.