Note: The Jets dropped their solo game at home last night as the Penguins took it 3-1. The Jets are scheduled to practice today at 12 noon before they head out on the road starting in Columbus for three games. Stay tuned for the Practice Report.

Note II: The Moose were off on Monday following their playing three games in four days. They are scheduled to practice today as they prepare for Texas this weekend.

Winnipeg Sun: Jets come up flat against high-flying Penguins. After the first period they had it is hard to believe that this same Jets team played the second and third periods.

Winnipeg Sun: Emotions high for Jets’ Morrissey on Hockey Fights Cancer night in Winnipeg. Had to be incredibly hard for him given what he went through over the last year.

Winnipeg Free Press: Hellebuyck’s heroics not enough as Penguins top Jets 3-1. (Paywall). He couldn’t score goals but he did everything else asked of him. 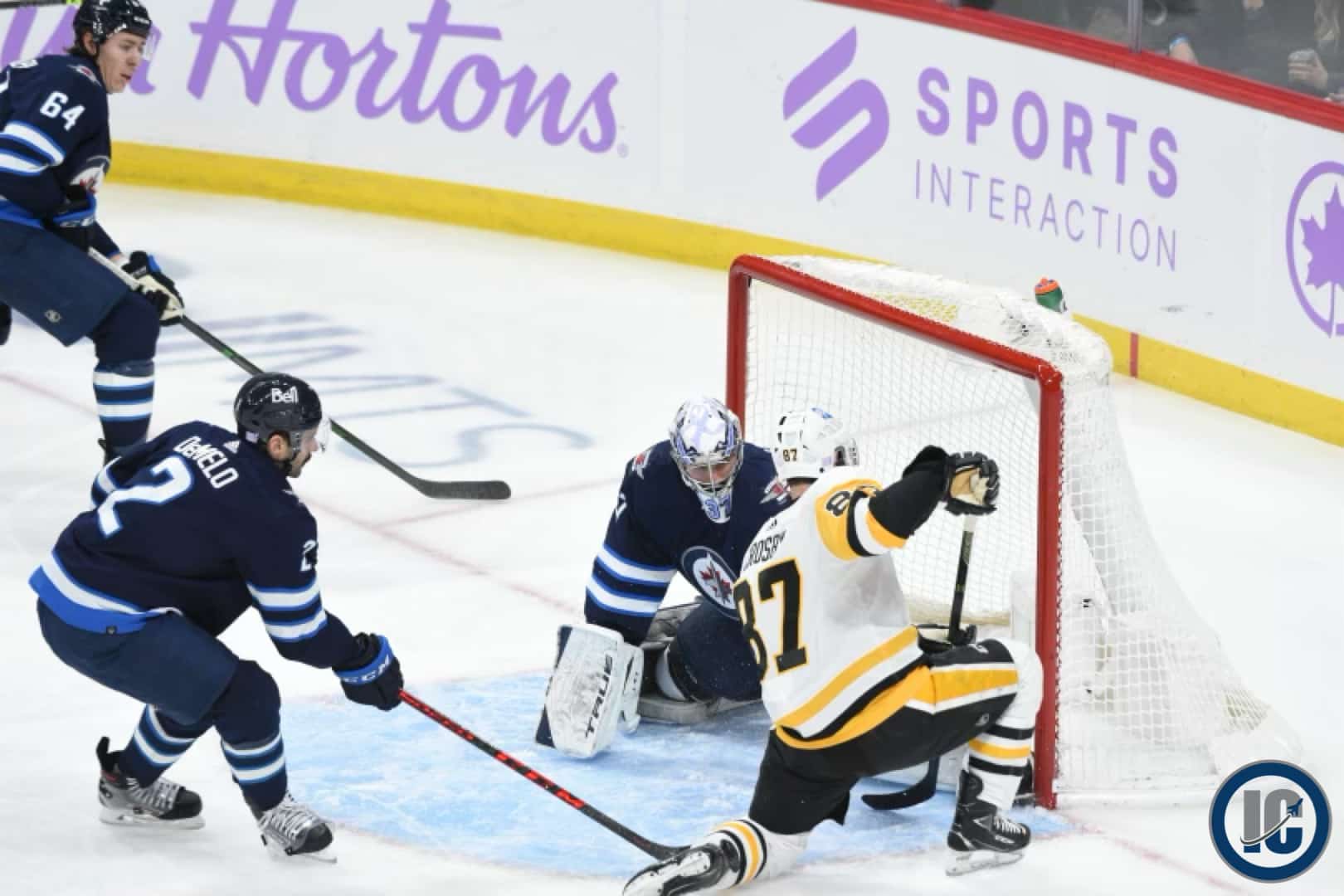 Winnipeg Free Press: Jets taking a run at cancer. (Paywall). He’s become an advocate in the fight against this horrible disease.

CBC: Jets dealt 3rd consecutive loss as Jarry stays hot to help Penguins pick up road win. Things aren’t going so well after the Jets had a great game against the Oilers to conclude the last homestand.

Pittsburgh Tribune-Review: Goaltender Tristan Jarry leads Penguins to road win against Jets. Seth’s tweet after the game illustrated just how one-sided this Pens vs Jets/Thrashers series has been in favour of Pittsburgh.

Pittsburgh Post-Gazette: Penguins beat Jets to sweep three-game Canadian swing. Another recap of the game from a writer that covers the Jets opponent.

Sportsnet: What has happened to the Jets’ offence? Sean Reynolds and Ken Wiebe discuss the floundering Winnipeg Jets’ offence as well as their third period woes.

TSN: Where has the Jets’ offence gone? The loss to the Penguins marks the third straight loss for the Jets and they’ve only managed to score four goals over those three games. Craig Button joins SportsCentre to dissect where Winnipeg’s offence has gone.

JetsTV: Ground Control Podcast. Some Jets talk from the JetsTV guys and an interview with first round pick Chaz Lucius.