Note: The Jets slid into 1st place in the Central after last night’s comeback win over the Kings in OT as they improve to 8-3-3 on the season although by the end of the evening it is now a two-way tie with the Preds for 2nd. They are off today.

Note II: The Moose won big in Grand Rapids last night by a final score of 6-2 as they ended their six-game road trip with a victory means they went 3-2-1 away from Winnipeg. Arvid Holm with the win. Lots of contributors across the board. They’ll fly back to Winnipeg today.

Sportsnet: DeMelo plays unlikely hero for Jets as Scheifele breaks out of slump. It was a big game for a pair of Jets. Wieber has more from last night’s game.

Winnipeg Sun: Scheifele and DeMelo score, leading Jets to win over Kings in overtime. It was somewhat unexpected given how the middle frame and start of the final one were going for Winnipeg but much like the 2017-18 team these guys don’t ever really feel out of close games. 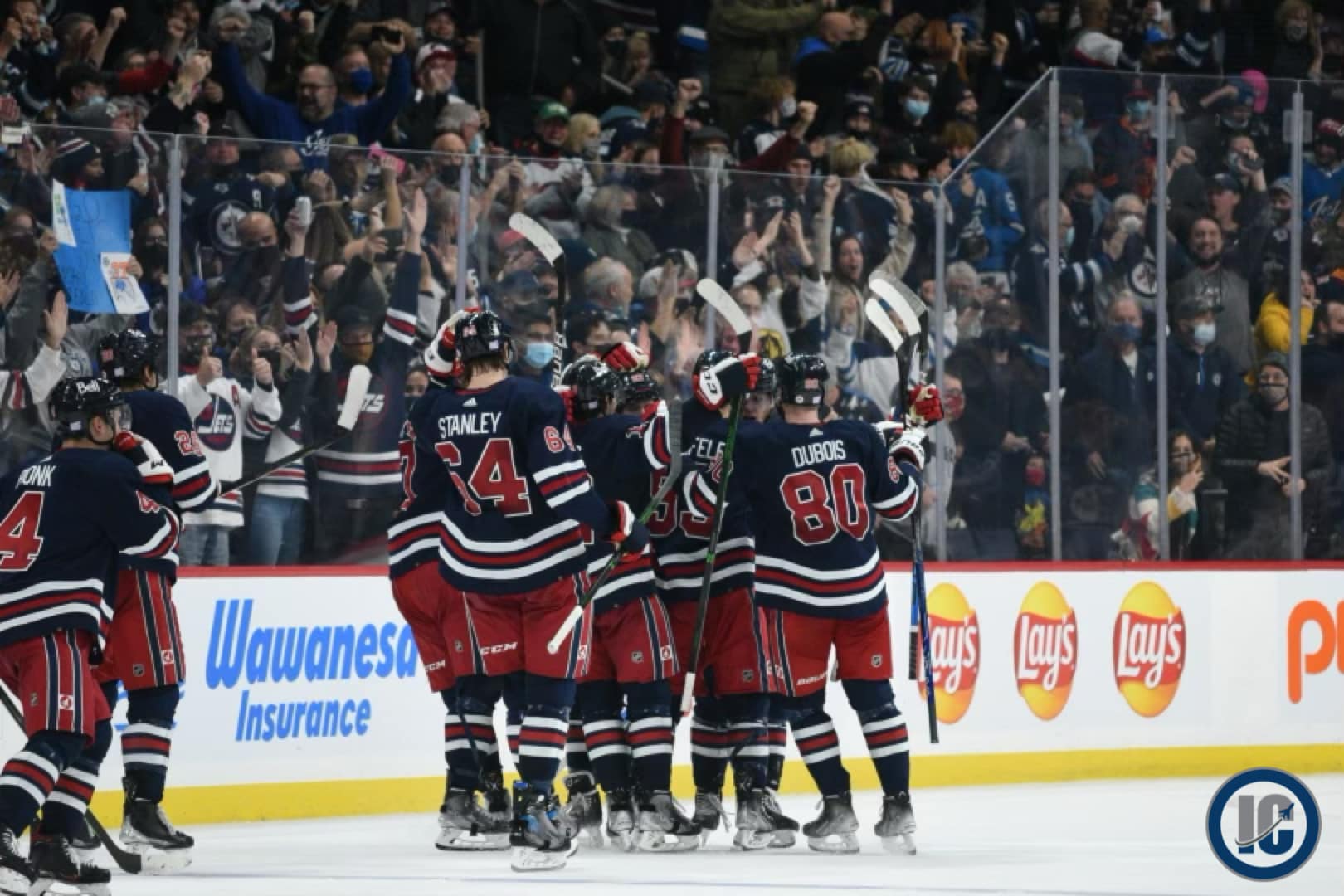 Winnipeg Sun: Despite pressure, ‘toughness’, Jets’ Svechnikov growing into top-line role. Perhaps the kiss of death for Svechnikov who found himself off that line during last night’s game were all the questions about him staying on that line during the morning media availability.

Winnipeg Free Press: DeMelo saves the day for Jets. (Paywall).  Considering he hadn’t scored since March of 2019 and it isn’t just a regular goal but a shorthanded one made it all the more improbable. Good on him for seeing that opportunity.

Sportsnet: Scheifele arrived on Saturday for Jets. Sportsnet’s Sean Reynolds and Ken Wiebe discuss Mark Scheifele first goal of the season that couldn’t come at a better time for the Winnipeg Jets, Dylan DeMelo’s strong game and the Jets comeback.

Illegal Curve:  Podcast. Jets week in review. Preview of the Winnipeg and L.A. game. Looking ahead to the Jets/Oilers home and home series. The good, bad and ugly through the first month of the season. Guests included Jesse Pollock of TSN’s Bardown and Daniel Fink, play-by-play voice of the Manitoba Moose.