Note: The Jets are in Anaheim for the second time already this season where they will take on the Ducks. Like they did for the home opener they will again be without Mark Scheifele although this time it is because he wasn’t able to join the team for the start of the road trip as he remains in the in NHL’s COVID-19 protocol. With morning skate for Winnipeg getting underway at 1:30 PM CDT be sure to check back for our pre-game report. Puck drop is at 9 PM CDT and join us after the game on the Illegal Curve Post-Game Show.

Note II: The Moose were off on Monday following their weekend sweep of the Griffins. Today they will resume practice as they get set to face the Iowa Wild this weekend in a pair of games. I’ve got four tickets to giveaway for each of the games this weekend so be sure to join us tonight (and make sure you are a subscriber) on the Illegal Curve Post-Game Show to win them.

Sportsnet: Borne out of necessity, Jets’ retooled lineup may yield long-term benefits. Ken looks at the benefits that complementary pieces are reaping as a result of the unexpected lineup moves the team has had to make early in the season. He also delves into the offence the team is getting from the backend.

Winnipeg Sun: Jets find crackdown on cross-checking in NHL allowing for more goals on net-front deflections. Lots of tip in goals right now which is probably preferable to watching some dude get cross-checked.

Winnipeg Sun: Jets set to finish off season series against Ducks in Anaheim.  Hard to believe just six games into the season the Jets and Ducks will have already played three times. Has a bit of an AHL feel to it.

Winnipeg Sun: First star of the week Connor and resurgent Dubois playing big roles in helping Jets through adversity. If you are looking for a positive from the absence of Mark Scheifele and Blake Wheeler it has been the growing chemistry which has formed between Kyle Connor and Pierre-Luc Dubois. 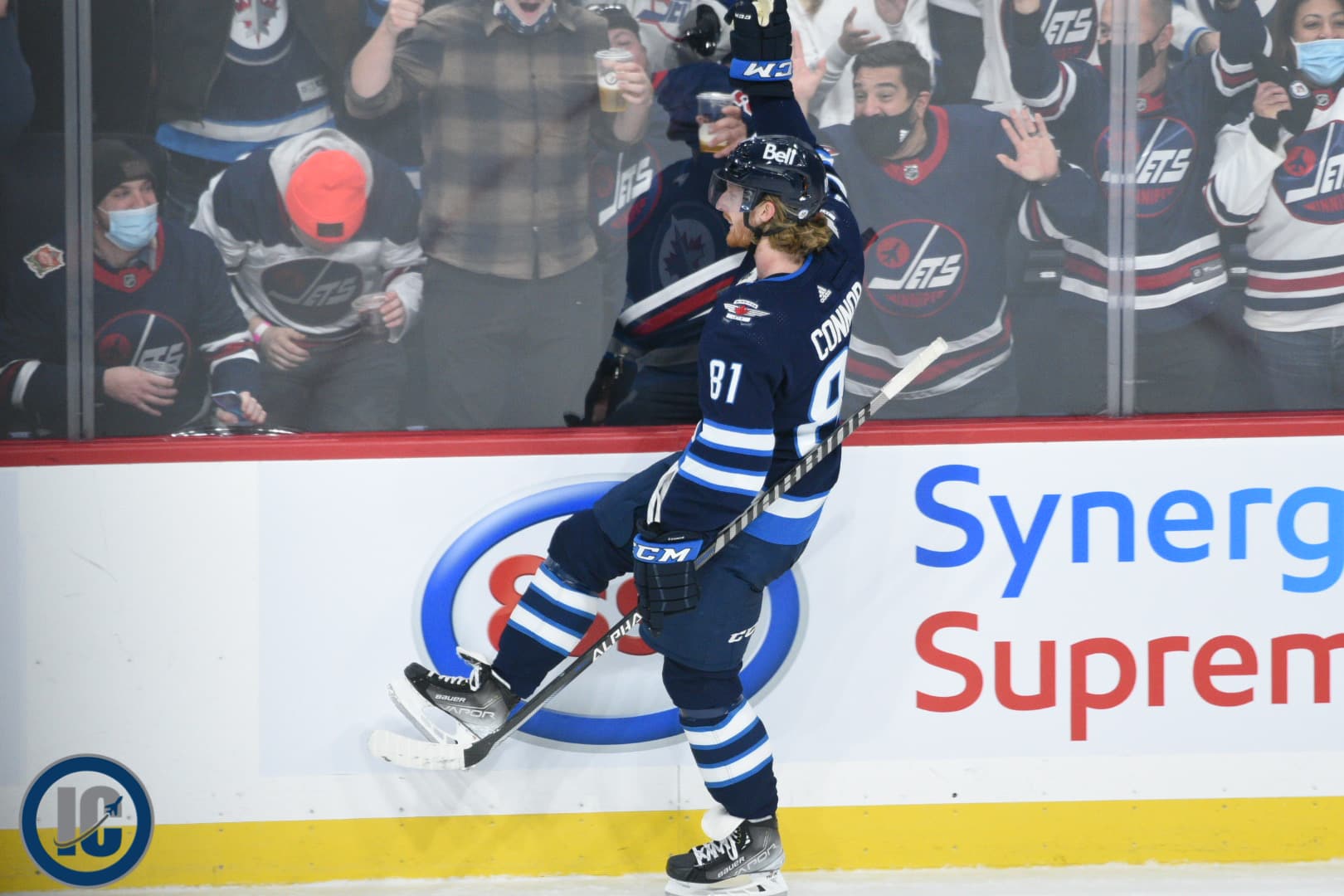 Winnipeg Free Press: Drive the goal for net profits. (Paywall). Get to the front of the net is a lesson kids are taught early in hockey life and that lesson still applies even at the NHL level.

Winnipeg Free Press: Top power forward Jets traded for last season has finally shown up. (Paywall). It is early in the season so best not to get too hyped up but so far the early returns on the play of Pierre-Luc Dubois have been very, very good.

Global News: Hot start for Dubois a welcome sign for Jets. It has certainly killed a lot of the angst that folks in Jets land were feeling after the first couple of games to start the season.

EliteProspects: Dmitri Rashevsky’s KHL surge was a long time in the making. (Paywall).  That is certainty some elite company he would be keeping if he can maintain his current pace.

The Ray & Dregs Hockey Podcast: A chat with Winnipeg Jets defenceman Nate Schmidt.  The guys talk Nate’s amazing hockey journey starting off undrafted, playing in Washington, joining Vegas in their expansion season, getting traded to the Jets from the Canucks, how he is getting to know and bond with his new teammates in the ‘Peg. Nate shares how difficult it was going through the Covid experience with Vancouver last season including the tough schedule coming out of being shut down. He talks what it is like being one of the older guys on a fun team that is fully going for it, his pure love of enjoying playing hockey and much more.