Note: The Jets were off on Saturday and today they are scheduled for another day of practice as they get closer to the start of the regular season which they kick off in California on Wednesday. The team is scheduled to practice at 11 AM out at the IcePlex.

Note II: Today is expected to be a busy day for waivers according to the folks at PuckPedia who tweeted “It’s the last chance to waive a player & have them clear in time to not include them in the season opening roster submission Monday afternoon. Exception is if a player is signed & immediately waived Monday, they can be excluded.” The roster for Winnipeg is currently at 28 although three of those 28 players (Nogier, Suess and Samberg), who are expected to be with the Moose, are currently injured. And they’ve got four players (Perfetti, Heinola, Gustafsson and even Vesalainen) who are waiver exempt.

Note III: We were just talking about Jets 2021 5th rounder Dmitri Rashevsky the other day as he signed a one-year extension with his KHL club. Yesterday he scored a goal that would have Jets 1.0 fans thinking back to the time Alexi Zhamnov scored five including this one-handed beauty.

Note IV: The Moose are scheduled to practice today at 10:30 AM ahead of tomorrow’s scrimmage against the University of Manitoba Bisons at 2 PM.

Sportsnet: Jets Mailbag: Roster taking shape, but not set in stone ahead of Opening Night. You had questions and Wieber has answers.  Check out his latest mailbag.

Winnipeg Sun: Training camp brings surprises, disappointments and one firm question mark. No real surprises from Scott’s list. Is there anyone you’d add to your own list or do you feel he’s hit the right note with this piece? 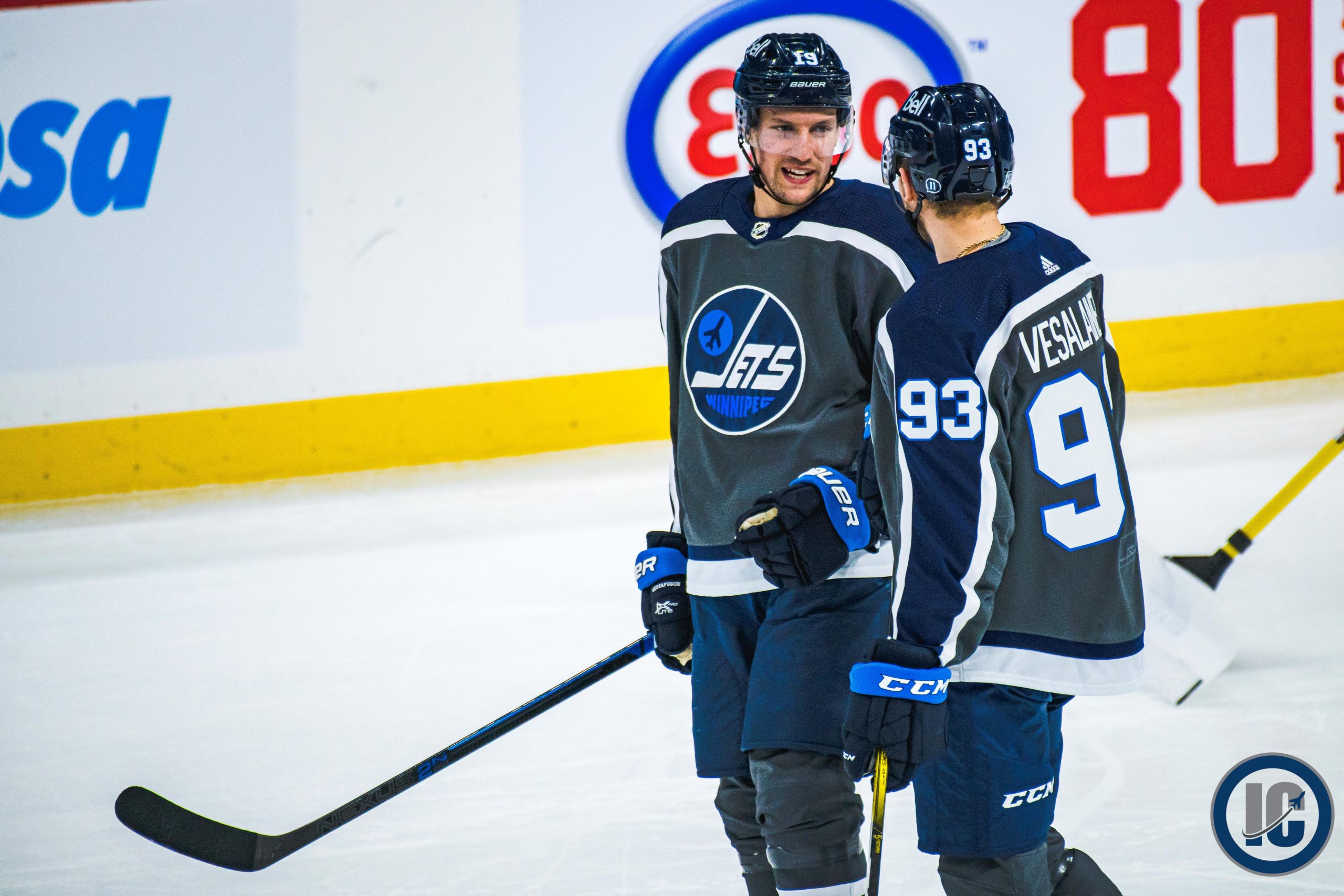 The Athletic Winnipeg: Jets roster battles: A salary-cap expert weighs in on LTIR, Cole Perfetti and more. (Paywall). The most important man on the Jets team may be assistant GM Larry Simmons who will have a heck of a time dealing with the cap this season. Murat spoke to the guys at PuckPedia for his latest piece to make sense of how Winnipeg can maximize their cap situation.

CTV News Winnipeg: Meet the man behind the music: Jets organist ready to rock for the 2021-22 season. Can you do any wrong when you play Jump?  Suspect most folks would say no.

Sportsnet: With dress rehearsal over, Jets’ final roster calculations take centre stage. With the appetizers all done it is time for the main course and Ken helps you get ready with his insight from a few weeks of training camp.

NBC Sports (Pro Hockey Talk): Jets give Hellebuyck support with defense upgrades.  Hellebuyck faced the most shots of any goalie the last three years and was third overall four years ago but it seems like he will face less rubber this season. I asked former NHL goalie Marty Biron about that on yesterday’s Illegal Curve Hockey Show and he had an interesting comment.