Note: The Jets were off on Monday but made plenty of noise as they cut their roster by 11.  This leaves them with 28 players in camp (a few of whom are injured), most of whom will hit the ice for day 13 of training camp at 11 AM out at the IcePlex. Get updates here.

Note II: The Moose had a busy first day of their training camp which got underway yesterday as it began with the team announcing they had signed four players to tryout agreements. This was followed by the announcement of the full 21 man roster for Monday. In addition they took to the ice which was followed by a media availability which you can watch here.  They hit the ice (with a bunch of new players) today at 10:30 AM out at the IcePlex.

Global News: Projecting the Jets’ opening-night lineup. We are still a little ways away from the start of the regular season but Ken gives you his thoughts on how it will all break down.

NHL.com: Jets season preview: Dubois needs to bounce back. Tim looks at his 3 Keys: 1) Improved defense. 2) Dubois rebound. 3) Is Comrie the right backup? He then does a roster breakdown looking at: 1) Position battles. 2) Most intriguing addition. 3) Biggest potential surprise. 4) Ready to break through. 5) Fantasy sleeper and 6) Projected lineup.

Winnipeg Sun: More ink spilled on Svechnikov and seven other thoughts heading into final week of training camp. The Russian forward has certainly garnered his fare share of headlines as he has shown quite a bit through the first couple of weeks of training camp. Scott also wrote about: 1) Svechnikov shooting for a third-line role. 2) Jansen Harkins having a clear edge. 3) Johnathan Kovacevic’s terrific camp. 4) Guys marinating in the AHL. 5) Cole Perfetti’s camp. 6) More Perfetti. 7) Eric Comrie. 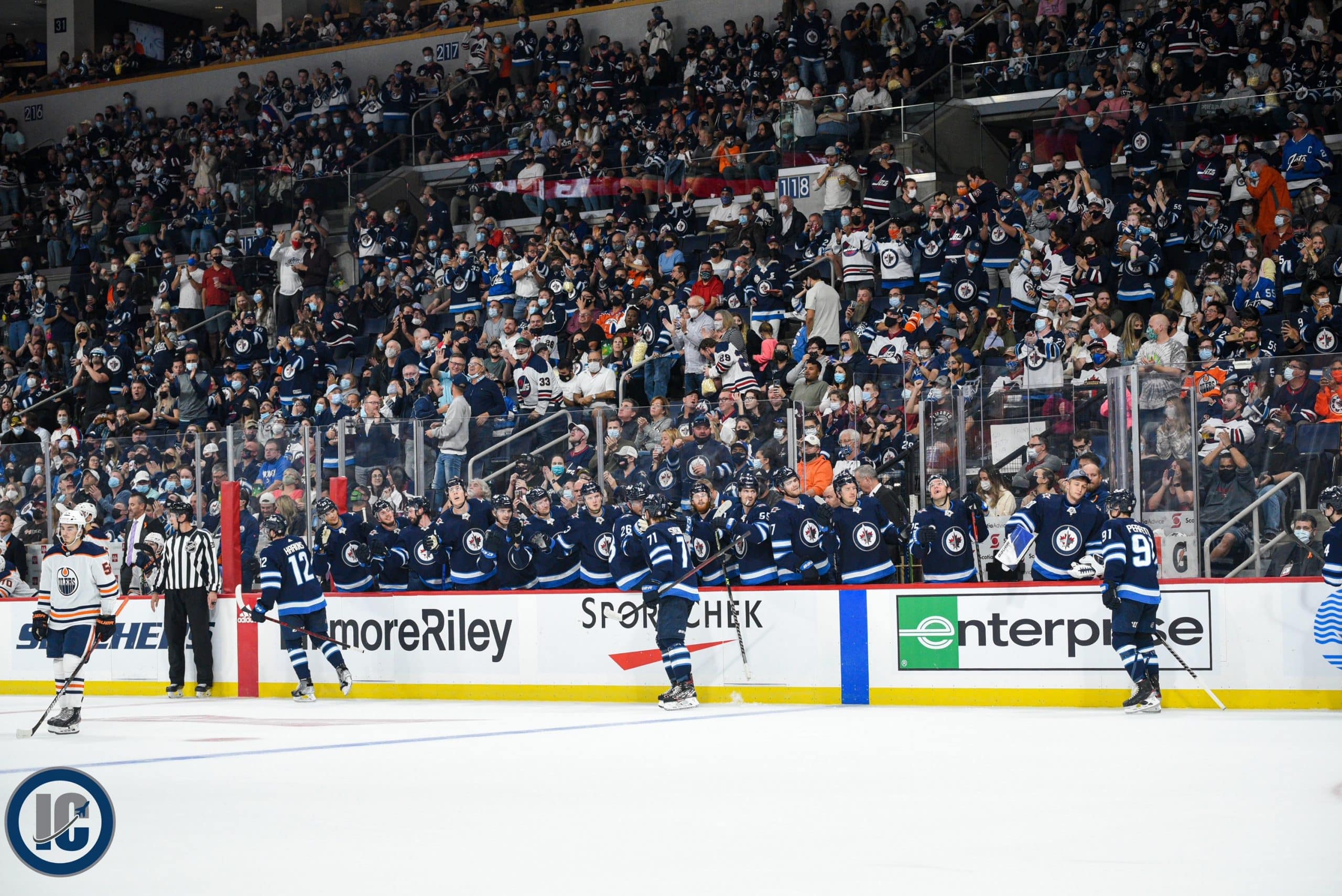 Winnipeg Sun: Jets trim roster by 11 as training camp heads into final week. While there were no big surprises with the names announced Scott reflects on what it means for this Jets squad.

The Athletic Winnipeg: Jets training camp depth chart: 11 cuts give focus to key roster battles. (Paywall). Murat gives you his thoughts on the moves made on Monday.

Sportsnet: Mark Scheifele on 32 Thoughts Podcast. Jeff and Elliotte were joined by Mark Scheifele to discuss the past season, the social media messages that followed his playoffs suspension, playing with Pierre-Luc Dubois and more!

JetsTV: Ground Control Podcast. Jets forward Riley Nash joins Ground Control as the veteran discusses his time in Winnipeg through training camp, his relationship with cousin, NBA player Kelly Olynyk, becoming a father and much more. Plus, Tyler, Mitchell and Paul recap the weekend road trip out west, Monday’s roster cut down, Cole Perfetti’s camp so far and look ahead to the final week of training camp.