Note: It was a quiet day 11 of Jets training camp as the team was in Vancouver to complete the two-games in two-day road trip which saw them drop the contest 3-2 to the Canucks to fall to 1-2-1 in the preseason.

Note II: For a second straight day there is a focus on Jets 2018 3rd rounder Nathan Smith who helped Minnesota State sweep their two game series with the defending Frozen Four champs UMass. The Tampa, Florida product picked up two goals and an assist in the win which gave him five points this weekend. Watch his goals here.

Note III: Today is expected to be a cut down day as the Jets current training camp roster of 39 players is expected to be trimmed way down. Update: The Jets cut the roster by 11 this afternoon to get down to 28 players left in camp.

Note IV: Also today the Manitoba Moose are starting training camp out at the IcePlex and those players being cut by the Jets will be assigned to their AHL squad.  The club signed some players including a Jets 2017 7th rounder Croix Evingson to tryout agreements and also announced their 21 man roster.

Sportsnet: Questions surrounding Jets’ Evgeny Svechnikov coming into focus. As Ken suggests this is certainly looking like a low-risk gamble with plenty of upside for Winnipeg.

Winnipeg Sun: Despite loss to Canucks, Jets hopefuls show well in last pre-season opportunity. Lots of promise from the prospects who played in games over the weekend despite losses in Edmonton and Vancouver.

Winnipeg Sun: Training camp rigmarole different for young guns, vets and coaches too. Scott details how camp is different for various players and how each group uses the experience. 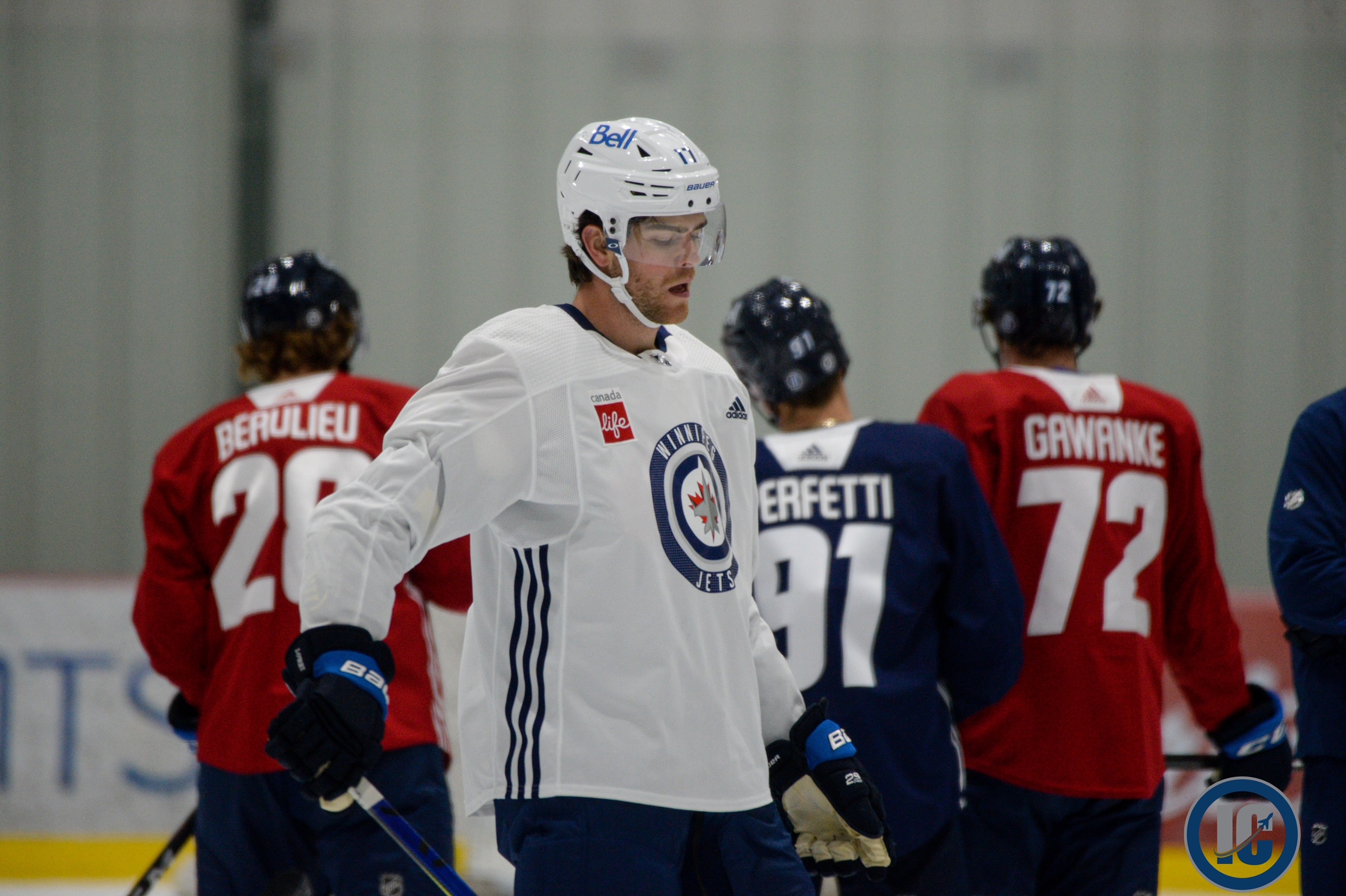 Winnipeg Free Press: Jets working on cutting roster after loss to Canucks. (Paywall). As Jay writes a number of players who will be heading down to the farm are gonna leave feeling good about the impressions they made at camp.

Winnipeg Free Press: Perfetti picks Scheifele’s hockey brain. (Paywall). Good for the young 1st round prospect to be able to gain insight from the first ever first rounder for Winnipeg.

The Province: Fan-tastic return to Rogers Arena steals pre-season show. For insight into last night’s game from a writer who covers the Jets opposition check this out.

Illegal Curve Hockey Show: Podcast.  Yesterday’s show covered quite a bit of Jets talk including: Reflections on Jets training camp ten days in. Has Kristian Vesalainen grabbed a spot on the third line?  How many games is ideal for Connor Hellebuyck to start?  No drama in Winnipeg this preseason (which is a good thing).  Jets/Moose not having an ECHL affiliation this season. Looking at the Jets D pairs. We were joined by Sean Reynolds (Sportsnet) and Mike McKenna (Daily Face Off).