Note: For a complete look at day 9 of training camp click here and you can watch coach Paul Maurice’s media availability click here. Also worth noting that the Jets got their training camp roster down to 39 players on Friday after releasing three players from their PTOs.

Note II: It is a gameday today as the Jets will be in Edmonton later tonight to take on the Oilers in the third preseason game for Winnipeg. Puck drop is at 6 PM. It will be a younger group heading out on the road and the more veteran group will have another day of training camp out at the IcePlex.

Note III: The Moose will start training camp on Monday, October 4th which means you can expect some movement this weekend with some of the players being sent down to the AHL.

Note IV: Be sure to join us on the Illegal Curve Hockey Show today at 9:00 am CT on our YouTube channel and social media platforms. Guest includes Sean Reynolds of Sportsnet and Mike McKenna of Daily Faceoff.

Winnipeg Sun: Jets prospect focused on staying on path to NHL. He’s a smart kid on and off the ice and it isn’t a surprise to those of us who have been paying attention to the AHL that he is starting to garner more notice. 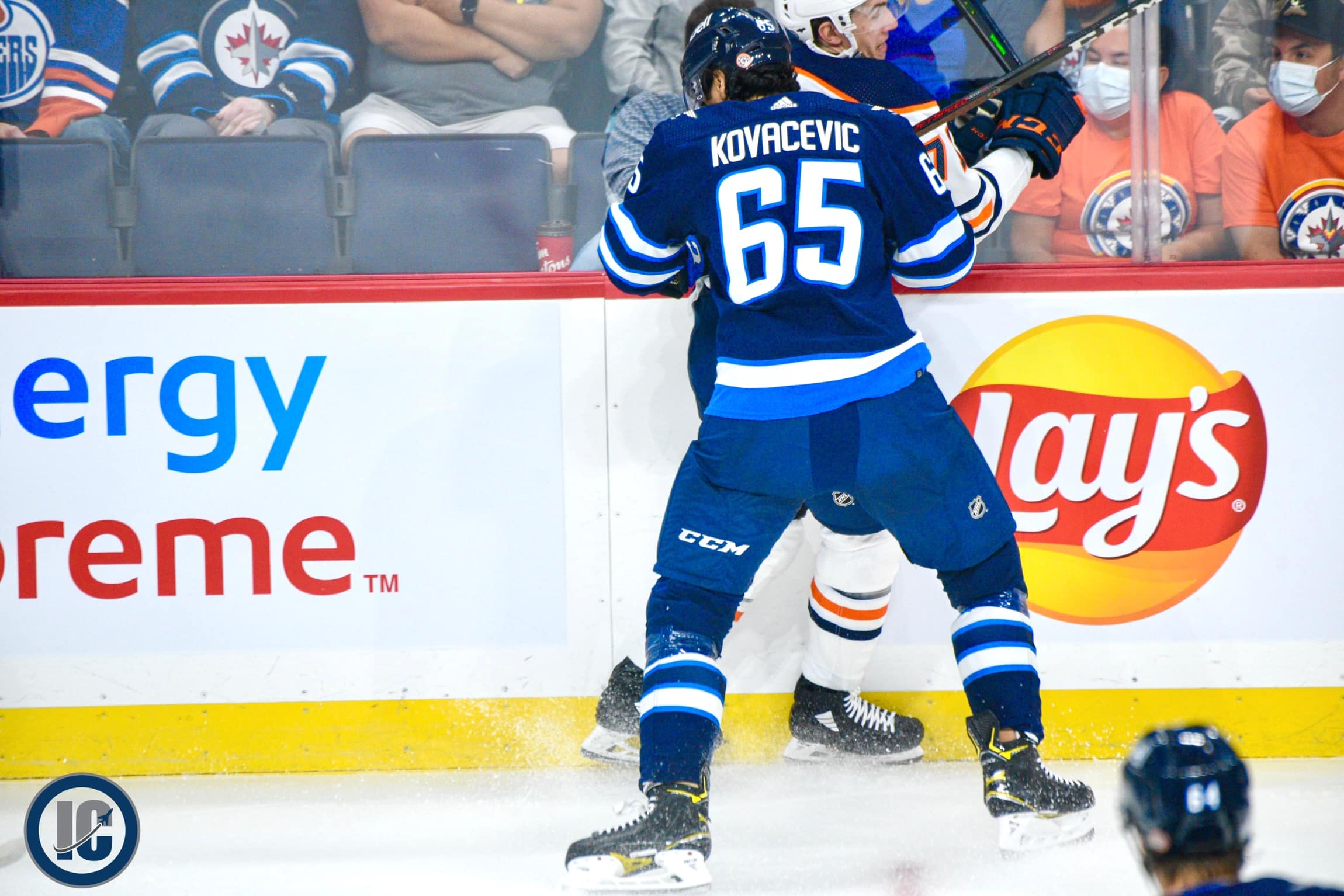 Winnipeg Free Press: Kovacevic watching, learning, improving. (Paywall). There are lots of left side D prospects so Johnny being a right side guy could be a next in line option for Winnipeg.

Winnipeg Free Press: Wisecracking ‘keeper confident he’s ready for NHL. (Paywall). Mikhail Berdin will have a good chance to make a case for himself this season.

Global News: Josh Morrissey using Jets training camp to help new defence partner ‘come out of his shell’. Doesn’t take much to get Nate Schmidt going as his new defensive partner is learning.

Sportsnet: What do new defensive additions do for Jets core? Sean Reynolds and Ken Wiebe discuss the new look Winnipeg Jets defence core and how it effects the top-6 and players that have already been a part of the team.