Note: On Sunday the Jets had two players (Andrew Copp & Neal Pionk) file for salary arbitration which was a move which was expected and doesn’t preclude the parties from continuing to negotiate new deals.

Sportsnet: Jets Mailbag. Time for another Ken mailbag as he tries to answer all Jets related questions folks had including: 1) How much will re-signing Andrew Copp, Neal Pionk cost? 2) Trading a player (Copp) or prospect for a forward. 3) Where he sees Perfetti and Heinola playing this season. 4) What the exit meeting with Pierre-Luc Dubois may have looked like. 5) Comrie as Jets backup. 6) A 4th line youth movement. 7) Projecting when draft picks (Cole Perfetti, Chaz Lucius and Nikita Chibrikov) make NHL.

TSN: Jets need much more from Pierre-Luc Dubois in second season. I don’t think anyone, Pierre-Luc Dubois included, would disagree with the headline of this article. Travis looks at the critical questions facing Canadian franchises and he started with Winnipeg. 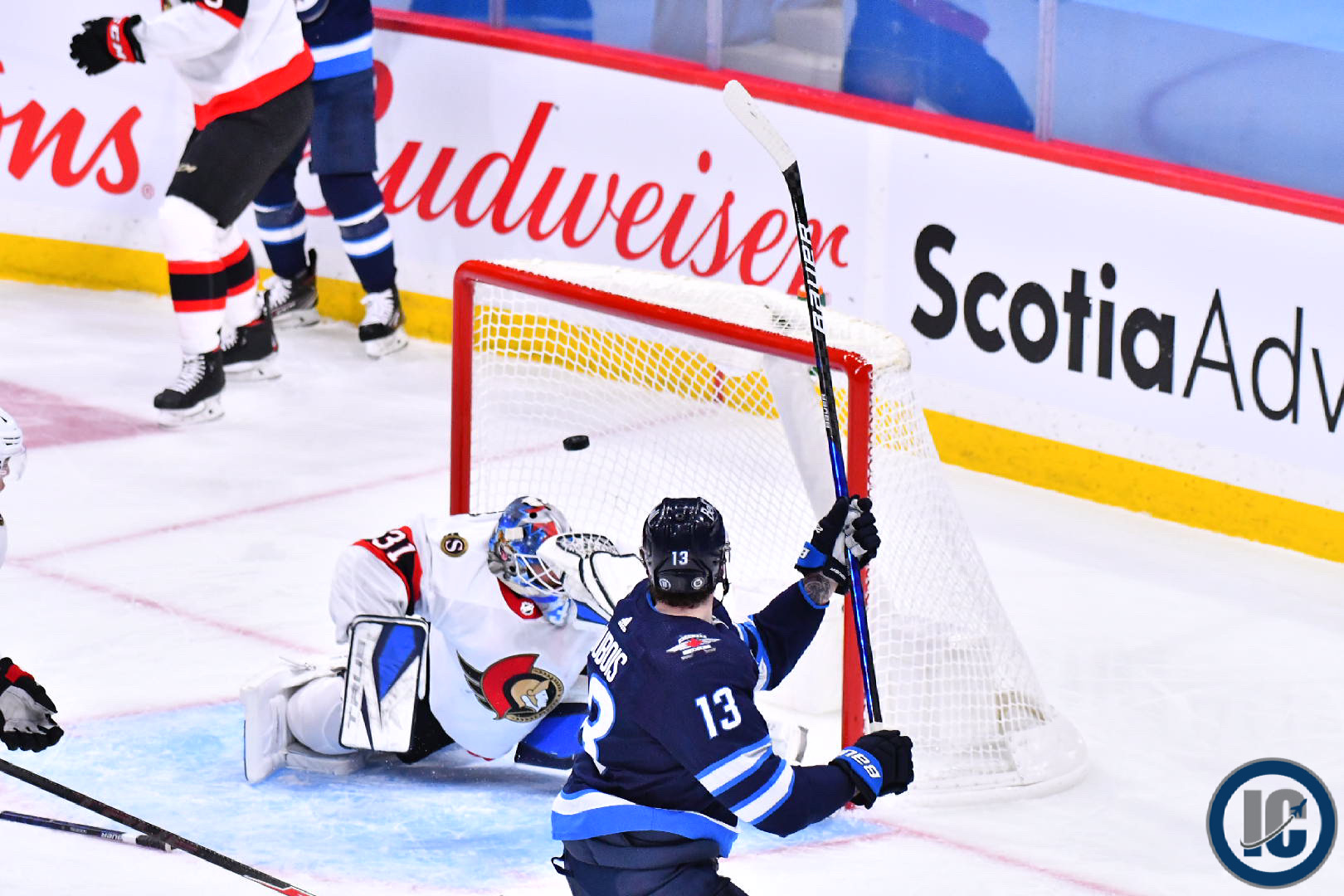 NBC Sports/Pro Hockey Talk: How much will Jets’ defense improve after big offseason changes? The personnel has certainly improved so it will be hard to see how with an improved defence this team overall won’t perform at a higher level then what was witnessed last season.

The Athletic Winnipeg: How are the Jets going to fit Andrew Copp, Neal Pionk and Logan Stanley’s new contracts under the salary cap? (Paywall). Assistant GM Larry Simmons and his crew are certainly going to be busy ensuring the Jets remain cap compliant this season with the team as close to the cap as they will be as outlined by Murat in his latest piece.

TSN: Emboldened by pro experience, Perfetti brings winning habits to World Junior camp. After settling for silver inside the Edmonton bubble in January, Cole Perfetti got a taste of the professional level playing for the Manitoba Moose in the American Hockey League and representing Canada at the senior men’s worlds. The Winnipeg Jets prospect feels like that experience accelerated his development and will now help him take care of some unfinished business at the junior level.