Note: The Jets seemed to have hit another first round homerun with their selection last night of Chaz Lucius with the 17th (technically 18th) overall selection. The night ended with Jets GM Kevin Cheveldayoff reflecting on day 1 of the draft and looking ahead to day 2.

Note II:  The Jets start day 2 with three picks (2nd, 3rd and 5th) for the second day of the virtual draft.  Will they be able to continue their success from day 1?  Stay tuned to find out.  The draft gets underway at 10:00 AM CT and we will have total draft coverage on site as well as live coverage on the Illegal Curve Hockey Show which you can watch here.

Sportsnet: Jets pick Chaz Lucius among sharpest shooters in 2021 NHL Draft. As always Ken gives you plenty of insight into the newest member of the Winnipeg organization. 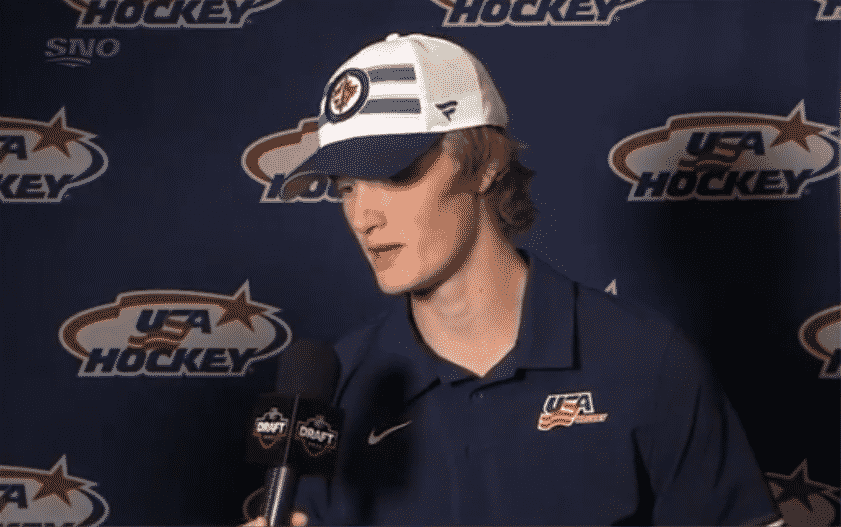 Sportsnet: Chaz Lucius is healthy and ready to be a star. This was written before the draft took place but gives you a pretty good understanding of what type of player the Jets got with the 17th overall selection.

Winnipeg Sun: Jets go for talented centre Chaz Lucius with 18th overall pick in NHL draft. He was described by Craig Button on last night’s Illegal Curve Hockey Show as a multi dimensional scorer and one of the best goal scorers in the draft.  Seems like high praise from TSN’s Director of Scouting.

Winnipeg Free Press: Jets hit the jackpot. (Paywall). Sometimes headlines that could have been written a year ago aren’t necessarily a bag thing as it appears for the second draft in a row the Jets got themselves another very solid prospect.

Winnipeg Free Press: Players’ preference for playing in U.S. makes it harder to build a contender in Great White North. (Paywall). Mike writes about the difficulty in getting players to agree to come play in Canadian markets.

TSN: Button breaks down first-round selections from Canadian teams in NHL Draft. From the Senators’ selection of Tyler Boucher at No. 10 to the Oilers drafting forward Xavier Bourgault 22nd overall, TSN Director of Scouting Craig Button analyzes the first-round picks from the Canadian teams.