Note: The Jets will have to put their first round sweep of the Oilers in the rearview mirror and start to turn their focus onto the second round of the Stanley Cup Playoffs. Of course with the Habs and Leafs still battling their opponent is not yet set although Toronto did take a 3-1 series lead with a 4-0 win last night. The team will stay off the ice but will hold a media availability at 11 AM so check back for our Playoff Media Availability Report to hear the latest.

Globe and Mail: Delirious Jets fans dare to dream after Oilers rout. (Paywall). Folks are getting excited and hard to blame them when so many picked their squad to be knocked out in the first round of the playoffs.

Winnipeg Sun: Jets epic sweep of Oilers was all about sacrifice by entire team. This team just seemed to have all bought in. Whether that sacrifice was physical in nature or reducing one’s offensive instincts in order to commit to better team defence. 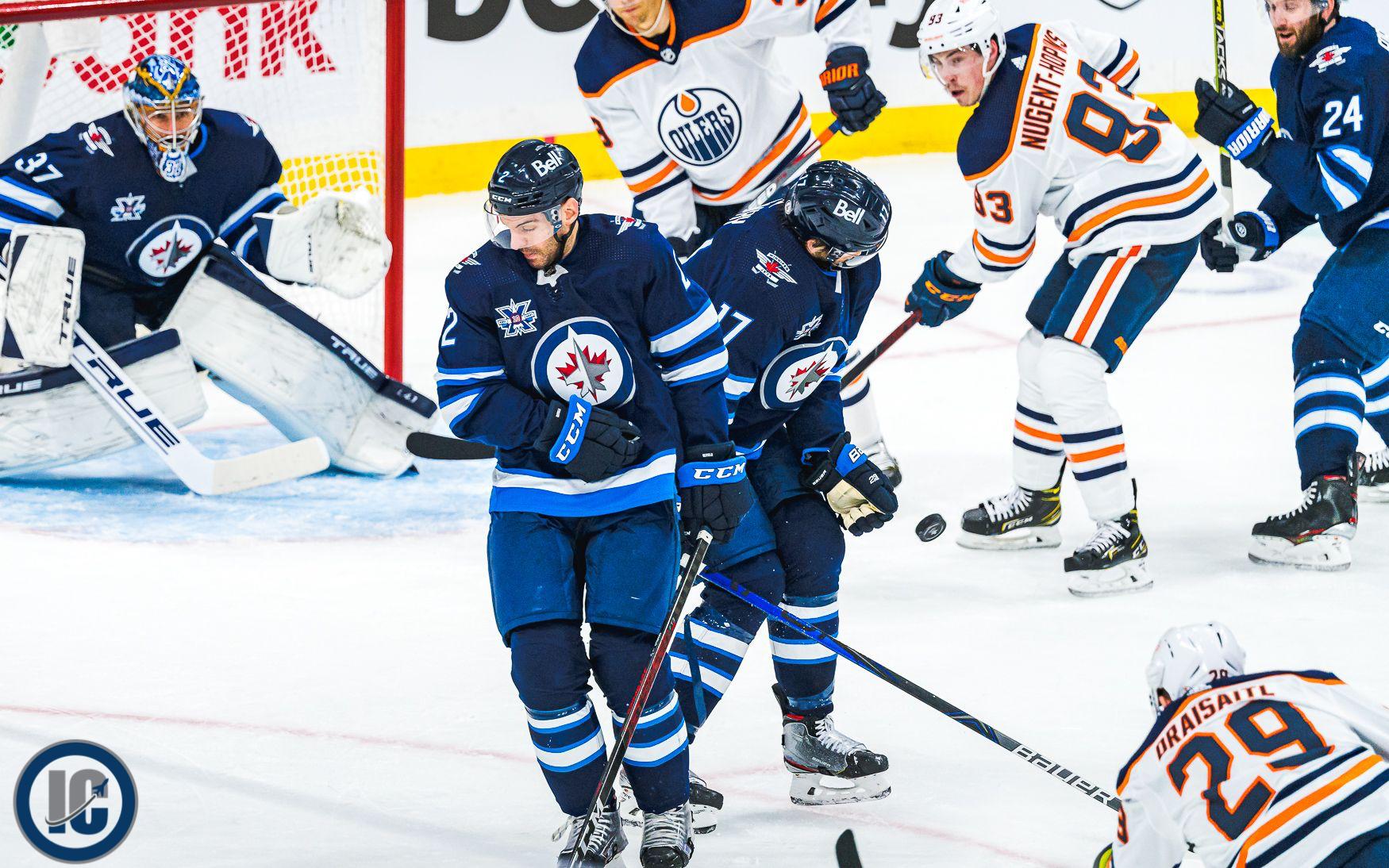 Winnipeg Sun: Jets ring Oilers’ bell, but it’s only one round. Four wins is big but the players know it will take 12 more for them to reach hockey’s ultimate prize.

Winnipeg Sun: The little things added up for the Jets in their first-round sweep of the Oilers. Scott looks back at the success that the Jets created in their series with the Oilers.

Winnipeg Free Press: Sweeping Oilers in first-round playoff series provides a welcome distraction. (Paywall).  If the hundreds of folks who flooded our post-game show are any indication it is a very welcome thing to focus on with our province undergoing a pretty brutal time with covid.

Winnipeg Free Press: Jets drawing on experience in quest for playoff glory. (Paywall).  This group certainly has some muscle memory that they can use to their advantage.

Global News: Jets playoff sweep an impressive surprise. I don’t know a single person who predicted that the Jets would sweep the Oilers and if you were that person I hope you put some dollars down on it.  While I did have the Jets beating the Oilers in my pre-playoff prediction I had it going six or seven games.  Leah shares her thoughts on the series win.

CTV News:  Interview with Jets GM Kevin Cheveldayoff. The chat with the Jets GM included: How is he feeling after his team sweeping the Oilers? How is the team feeling after all of the overtime games? Getting ready to face either the Habs or Leafs.  Could fans return for the playoffs?

Sportsnet: Jets top line comes up clutch in sweep over McDavid & Oilers. Ken Wiebe and Sean Reynolds look at the play of the Jets’ top line in Game 4, Josh Morrissey stepping up, and how this puts pressure on the Canadiens and Maple Leafs to wrap up their series.

TSN 1050 Toronto: OverDrive. TSN Hockey Analyst Ray Ferraro joined the OverDrive guys earlier today in the middle of a playoffs back to back between the Leafs and Canadiens. He touched on that, the play of William Nylander and Alex Kerfoot and Ray gets into a rough series for the Oilers which resulted in them being swept by the Jets.