Note: If someone told you that the Jets were gonna start off the 2021 Stanley Cup Playoffs with a 4-0 sweep of the Oilers I don’t think there is any chance you’d believe them. However that is exactly what happened after they defeated Edmonton in triple OT with a Kyle Connor goal. The team will take today off in order to rest and recover.

Winnipeg Sun: The little things added up for the Jets in their first-round sweep of the Oilers. Scott looks back at the success that the Jets created in their series with the Oilers.

Global News: Jets playoff sweep an impressive surprise. I don’t know a single person who predicted that the Jets would sweep the Oilers and if you were that person I hope you put some dollars down on it.  While I did have the Jets beating the Oilers in my pre-playoff prediction I had it going six or seven games.  Leah shares her thoughts on the series win.

Toronto Sun: Five reasons why Oilers were swept by Jets in first round. Mike gives his five thoughts including: 1) Their best players were not the best players. 2) They lacked secondary scoring. 3) The goaltending matchup. 4) They didn’t know how to play playoff hockey. 5) Lack of discipline.

The Athletic Winnipeg: ‘What I envisioned’: How did the Jets sweep the Oilers? Connor Hellebuyck, a game plan and some good bounces. (Paywall). Murat looks back at the series.

Winnipeg Sun: Jets win in overtime for third straight game to complete stunning sweep of Oilers.  The only negative for the second game in a row was the lack of fans in the building. Sitting in the arena I could only imagine the roar of a crowd when Connor scores in triple OT. 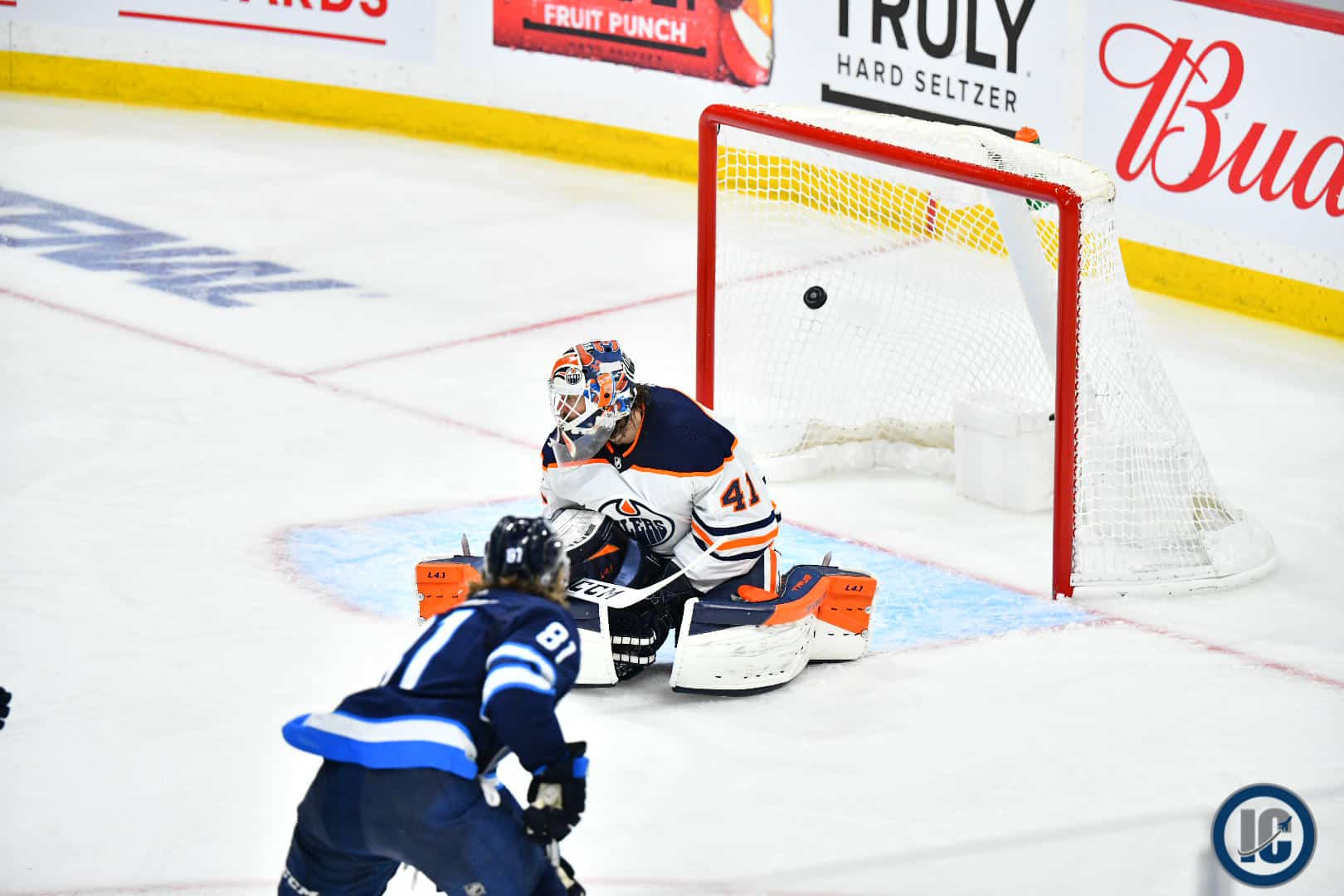 Winnipeg Sun: Jets provide much-needed escape from pandemic’s pounding. No doubt about it that this has been a nice distraction for folks.

Winnipeg Free Press: Jets sweep Oilers, punch ticket to second round. (Paywall). As a non-gambler I am wondering how many folks actually would have made this bet and what kind of payout would it have been?

Winnipeg Free Press: Put down the pitchforks: I admit I underestimated these Jets. (Paywall).  Mike’s mea culpa for his incorrect prognostication.

Sportsnet: Jets rewrite playoff history vs. Oilers with series sweep in first round.  As my tweet said when Kyle Connor scored to win it, they have exorcised the demons of the Jets 1.0 and their six straight playoff losses to the Oilers.

Sportsnet: Despite gallant efforts, Oilers continue to find ways to lose in playoffs.  Two straight seasons with two straight sweeps.  Of course with three games that went to OT this series was close.

Edmonton Sun: Shock and disbelief as Edmonton Oilers suffer early playoff exit.  Get the perspective from a writer that covers the Jets opponent.

TSN: Rishaug on Oilers’ quick exit: ‘It’ll be viewed as an abject failure’. It may have been different if the Oilers won a game or two, but Ryan Rishaug explains why getting swept by the Jets will be viewed as an ‘abject failure’ for the organization. Sara Orlesky takes a closer look at Winnipeg’s top line and the impact they made all series.

TSN: Connor plays hero, as Jets complete sweep of Oilers. It took three overtimes but the Jets managed to complete the sweep of the Oilers thanks to Kyle Connor’s game-winner. The TSN Hockey panel breaks down the series decider and also discuss where Edmonton goes from here.