Note:  The Jets practiced on Sunday and although the lines and D pairs were how they were in the last game against the Leafs they could change according to head coach Paul Maurice. Which means all eyes will be on skate this morning so stay tuned for the pre-game report to see if there will be any line changes ahead of their game with the Senators as well as for the media availability with players and coach Paul Maurice. Puck drop is at 6 PM CDT. Join us afterwards for our post-game show here (be sure to smash that like/subscribe button).

Note II:  The Moose took Sunday off and are back on the ice today for practice as they also get ready for a series against the Senators (from Belleville who are also playing this season in Ottawa).

Winnipeg Sun: Bits by Billeck.  Scott’s latest covers: 1) A tough go in Vancouver. 2) salivating over a Jets-Leafs series. And then he delves into what’s happening in Columbus, F1 racing and video games.

Winnipeg Sun:  Look for more line juggling from Maurice … Nothing to lose for Sens.  Will we see something tonight?  Stay tuned for morning skate to find out.

Winnipeg Sun:  Jets pulling for Canucks, as hockey takes back seat.  Seems like a brutal situation on the west coast with what they are dealing with.  No surprise that hockey becomes secondary as a result. 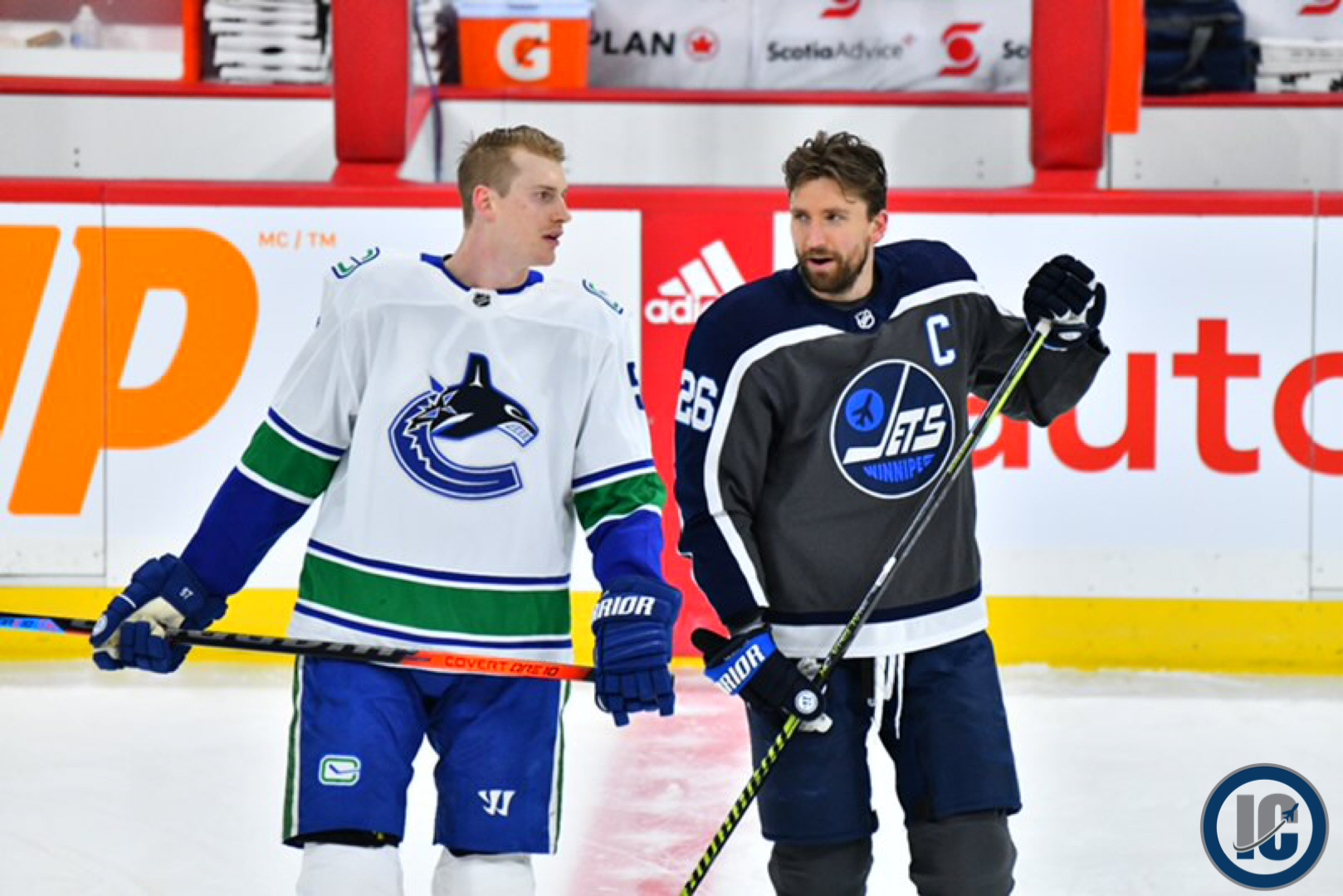 Winnipeg Free Press: Hard to believe, but Jets combo of Perreault, Lewis and Thompson astounding plus-18. (Paywall).  The Jets bench boss has been singing the praise of his fourth line for some time.

Winnipeg Free Press: Jets wish Canucks speedy return. (Paywall).  The hockey world is a small one and these guys are all interconnected in some fashion.

TSN: ‘They’re just better than anyone gave them credit for at the start’. After a disastrous start to the season, the Sens found their game and have been giving some of the top teams in the North Division troubles. Jets head coach Paul Maurice and forward Adam Lowry comment on Ottawa’s growth as a team throughout the year and discuss what makes them hard to beat.