Note: The Jets concluded their seven-game road trip last night in Calgary with a big 5-1 win over the Flames. Their schedule today is unknown but they are likely returning to Winnipeg as they get set for a four-game set in the city starting with the Leafs tomorrow night.

Note II:  The Moose will conclude their four-game series against the Rocket today with a random 4 PM puck drop.  Manitoba will be looking for a measure of revenge after blowing a 3-1 lead in the 3rd period of their last game against Laval.

Winnipeg Sun: Jets’ identity, success rooted heavily in ability to back up words with actions. This team has been consistent all season long in avoiding the losing streaks. They are able to rebound after a loss and get back quickly into the win column.

Winnipeg Sun: Scheifele shines after line change as Jets take rubber match against Flames.  Adding that speed element with the passing ability of both Ehlers and Connor should only help the Jets top centre this season.  Although hearing Paul Maurice’s press conference after the game and it seems likely that he is doing this shuffling in order to ensure he can mix and match his lines, if need be, in the playoffs and have it be seamless. 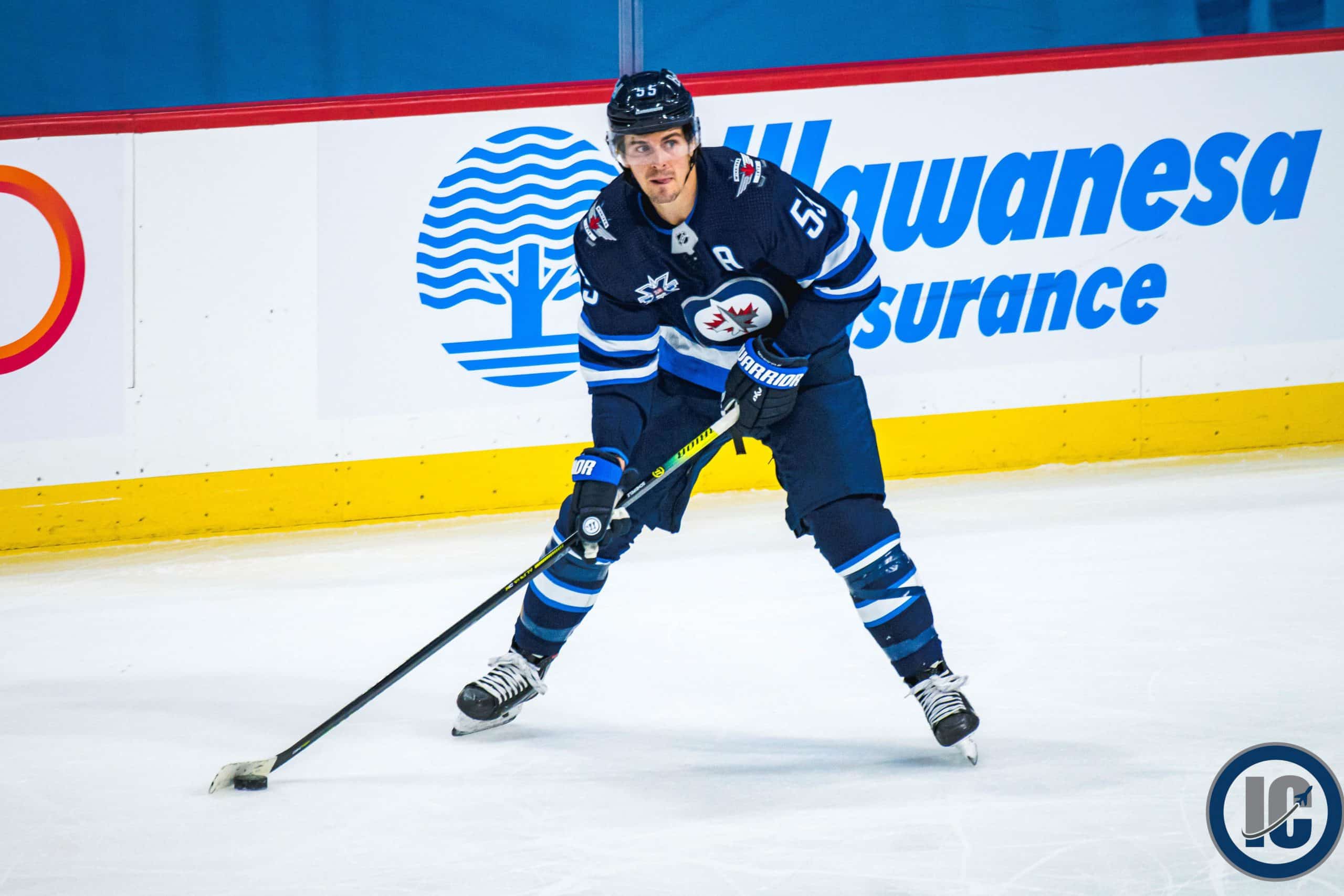 Winnipeg Free Press:  New line works wonders for Jets as they dominate Flames 5-1. (Paywall).  The move caught most off guard but it proved effective to get the Jets top two lines going again.

Winnipeg Free Press: What’s the deal on a trade? (Paywall).  I really do think that part of the delay is figuring out which teams are sellers because it really doesn’t seem like it is close to being established.

TSN: Maurice’s line-shuffling pays off for Jets against Flames. At the end of a seven-game road trip, Paul Maurice decided to juggle his lines, flipping Mark Scheifele and Pierre-Luc Dubois and the results speak for themselves. Scheifele had two goals and an assist, Nikolaj Ehlers picked up three assists, and Kyle Connor had a pair of assists. TSN Hockey analyst Ray Ferraro delves into what was so impressive about the Jets drubbing of the Flames.

TSN: Button on Ehlers’ emergence: ‘He’s a better player than Laine’. With three assists against the Calgary Flames, Nikolaj Ehlers has 13 points over his last 12 games. TSN director of scouting Craig Button argues that Ehlers has benefitted from Patrik Laine’s departure, and that Ehlers is the better and more complete player overall.

TSN: Ehlers looks forward to challenge against Maple Leafs. After a dominating performance against the Flames that saw him pick up three assists, Nikolaj Ehlers spoke about how the Jets were able to contain the Flames, and how they’re looking forward to taking on the Maple Leafs for their next game.