Note:  The Jets took Sunday to rest/recover after a tough loss to the Flames on Saturday night. They will finish off their seven-game road trip with a final game tonight in Calgary which will conclude a three-game mini series against the Flames. Stay tuned for the pre-game report to see if there will be any lineup changes as well as for the media availability with players and coach Paul Maurice. Puck drop is at 9 PM CDT. Join us afterwards for our post-game show here (be sure to smash that like/subscribe button).

Note II: The Moose looked like they were cruising along on Sunday afternoon as they had taken a 3-1 lead courtesy of goals by Kristian Vesalainen (first of the season), Kristian Reichel (first goal in six games) and Leon Gawanke (first of the season) but things fell apart in the 3rd period and Laval stormed back to score four unanswered (which included an empty net goal) to comeback and beat Manitoba 5-3. We also saw the physicality of prospect defenceman Dylan Samberg. who laid the boom in the final frame of the game.  The Moose are scheduled to practice today as they get set for the fourth and final game against Laval tomorrow afternoon.

Note III:  Down south the NCAA tournament is on and Jets 2018 3rd rounder Nathan Smith and his Minnesota State Mankato teammates punched their ticket to the Frozen Four with a win over Minnesota on Sunday with Smith contributing this nice one-timer goal.

Note IV: If you’ve got your April calendar set for the Jets games the NHL made a pair of changes to their schedule for Winnipeg next month.

Winnipeg Sun: Bits by Billeck.  Scott’s latest column touches on 1) Stanley endears. 2) What about the other young guys? 3) Exposing Morrissey in the expansion draft?.

TSN: Countdown to TradeCentre: What could it cost for Jets to land Ekholm? It’s a bit of a catch-22 for Jets GM Kevin Cheveldayoff. Does he believe his team can win the Cup if he makes this move? If so then perhaps he mortgages the future. Having said that there is a ZERO percent chance the deal as suggested in this link will happen. 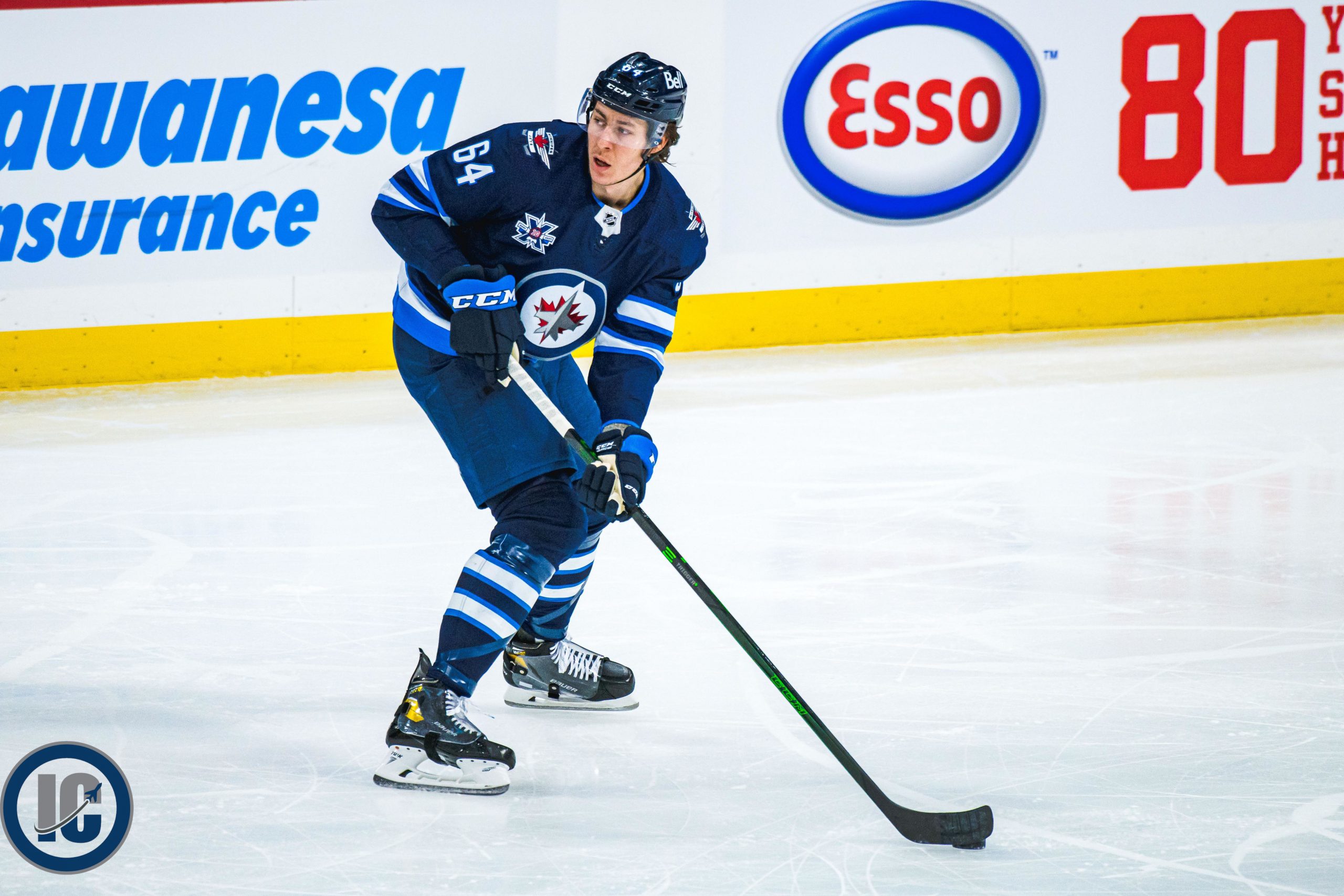 Winnipeg Sun: ‘Pleasant surprise’ Stanley making strong case to be protected by Jets in expansion draft.  The Jets GM is gonna have some decisions to make this offseason as he is bound to lose a good piece when Seattle comes calling in the expansion draft.

Calgary Sun:  This week in Flames — 3 Things We Know, 3 Things We Don’t.  Learn more about the Jets opponent here.

Illegal Curve:  Interview with Moose head coach Pascal Vincent.  While this could fall into the Moose category since we did spend some time on Saturday talking about the local AHL squad the bench boss of the Jets AHL affiliate provided us with his insight into a number of Winnipeg draft picks.  Hear Pascal Vincent’s thoughts on Cole Perfetti, Dylan Samberg, Logan Stanley, David Gustafsson and Kristian Vesalainen.

Topics: Thoughts on the conversation with Moose head coach Pascal Vincent. A few deals involving the Jets proposed by NHL executives to The Athletic. If you could only sign one players long-term, would it be Adam Lowry or Andrew Copp?

Time of a pair of Winnipeg Jets games in April changed by NHL
Game 36: Jets vs Flames pre-game report