Note: The Jets came out strong last night and while they couldn’t sustain it for the full 60 minutes they used their talent in extra time to win it in overtime to close within two points of first place Toronto. However they didn’t have any time to enjoy last night’s win as they had to board a plane for Edmonton where they will kick off a seven-game road trip with a contest against the Oilers.  Check out the pre-game report for any lineup news. Puck drop is at 8 PM CDT. Join us afterwards for our post-game show here (be sure to smash that like/subscribe button).

Note II: Another day of practice for the Moose as they continue to prepare for their next series which doesn’t get going until March 25th.

Note III:  A few transactions to report from yesterday as the Jets lost Anton Forsberg to a waiver claim with the goalie being snagged by the Senators in the morning. Before the game the Jets announced they had reassigned Eric Comrie and Ville Heinola from the Moose to the taxi squad.

Sportsnet: How Jets ended up with Ehlers, Scheifele. Check out the notebook of Kyle Bukauskas with points two and three pertaining to the local NHL club.

Winnipeg Sun: Jets escape with another OT win over Habs. Paul recaps the action from his spot inside the arena last night. 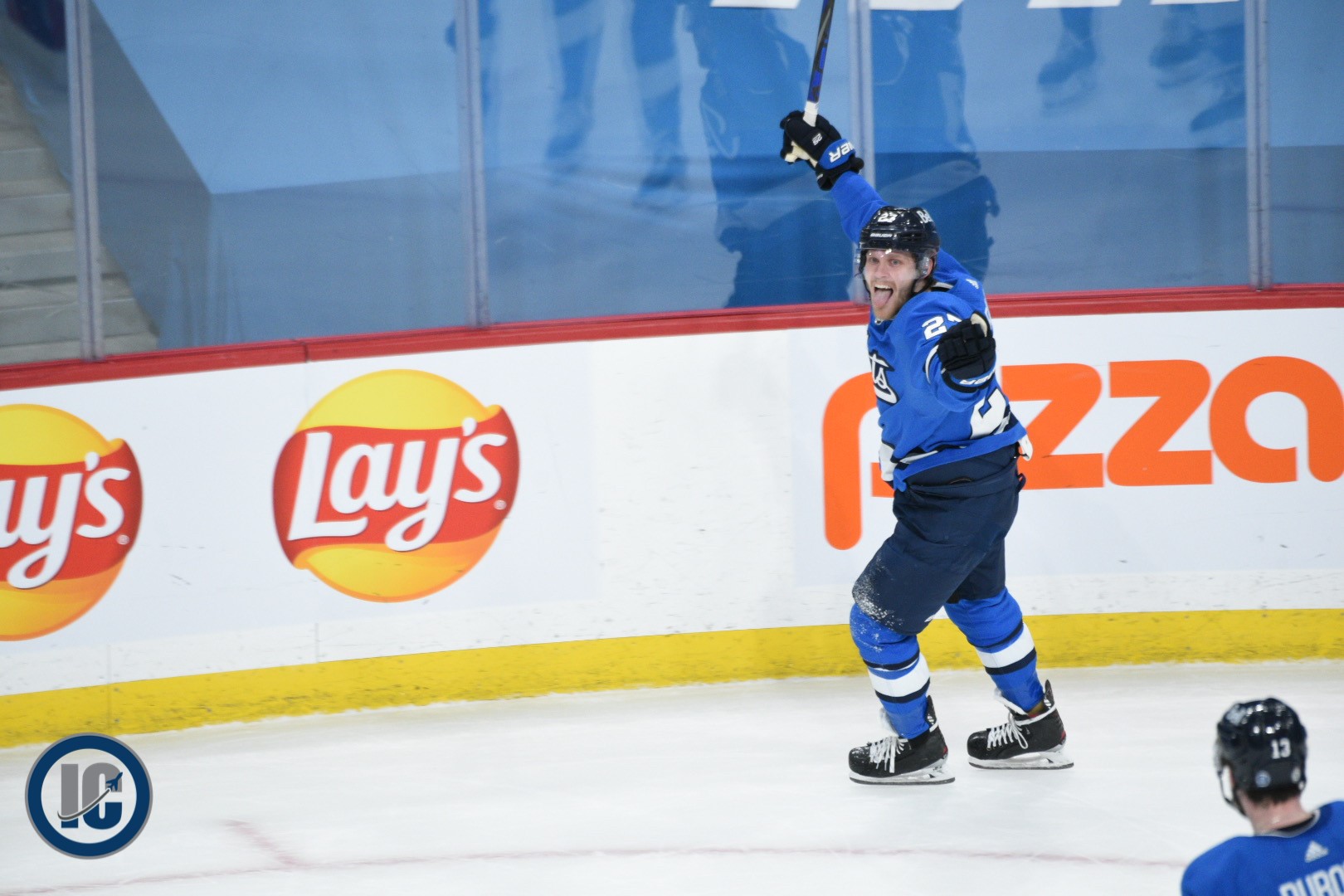 Winnipeg Free Press: Jets bounce back with 4-3 OT win. (Paywall). Another win banked by the Jets.  While it wasn’t pretty they left town with another two points in their back pocket.

Winnipeg Free Press: Dubois making an impact. (Paywall).  And this was written before he had three assist in the victory last night.

Montreal Gazette: Another OT loss for Habs as they fall 4-3 to Jets.  Read about the game from the perspective of a writer that covers the Habs.

Sportsnet: Five potential trade destinations for Predators defenceman Mattias Ekholm.  Until this trade gets consummated between the Preds and some NHL team expect to hear about Ekholm as well as Savard in connection with the Jets.

The Athletic Winnipeg: How each Jets player’s performance stacks up with his cap hit at midseason. (Paywall). Murat uses game score to assess where players stand at the midpoint of the season.

Sportsnet: Jets second line dominant throughout game against Canadiens. Sean Reynolds and Ken Wiebe break down the Winnipeg Jets overtime win against the Montreal Canadiens and discuss the key areas the Jets were able to dominant to get the victory.

TSN: Jets impress with even strength offence in win over Habs. Craig Button joins Jay Onrait to explain what he saw from the Jets at even strength that led to their success against the Habs, and share his thoughts on Kyle Connor’s impressive play on the offensive side of the puck.

TSN: Ehlers on big win over Habs, chemistry with his linemates. Overtime hero Nikolaj Ehlers explains how big it was for the Jets to pull out the two points against the Canadiens on Wednesday night, and discusses what’s been working so well with his line.