Note:  The Jets will hope to leave the stink of last night’s loss in Montreal after suffering a 7-1 loss at the hands of the Habs on Saturday night. They will head to Toronto for a three-game series against the Leafs.  They are off today.

Note II:  The Moose on the other hand ended an eight-game road trip yesterday afternoon in Ottawa on a positive note as they rolled to a 6-2 win over the (Belleville) Senators. Lots of positives to take away from the game as Nathan Todd has unexpectedly produced like nobody could have expected.  And when I say produced I mean first in AHL scoring level of production.  He is up to 13 points in 12 games this season. In his previous 27 AHL games he had 1 goal.  Jeff Malott finished the game with 2G 2A as the college product produced more points in one game than he had in the previous nine games.  Prospect David Gustafsson had a pair of assists including this one where he showed off his strength to set up the goal and this alley-oop pass. Fellow prospect Ville Heinola blasted home another goal while Leon Gawanke had to leave the game after being the recipient of this cheap hit. Manitoba are off today. They start a 17, yes 17 game homestand on Monday.

Winnipeg Sun: Jets not interested in negatives, but still need to address their own. Another thoughtful column from Scott on the state of play with the Jets.

Sportsnet: Mailbag. Ken starts with some talk about last night’s Jets blowout loss and then get into answering questions which ranged from:  what trading for Elkholm would mean for Wpg, would they consider selling high on Paul Stastny, Jansen Harkins not playing and more.

Montreal Gazette: Four-goal explosion in second period powers Canadiens 7-1 over Jets.  Read about the game from the perspective of a writer that covers the Jets opponents.

Winnipeg Sun: Canadiens clobber overwhelmed Jets. I guess the Jets can take some solace in the fact that they’ve bounced back after a loss this season.  Of course they face the Leafs so that concept will certainly be put to the test.

Winnipeg Sun: Simple and direct is not as easy as it sounds for Jets.  The other team gets paid too is a common refrain we often hear and they aren’t there to allow you to execute your gameplan. 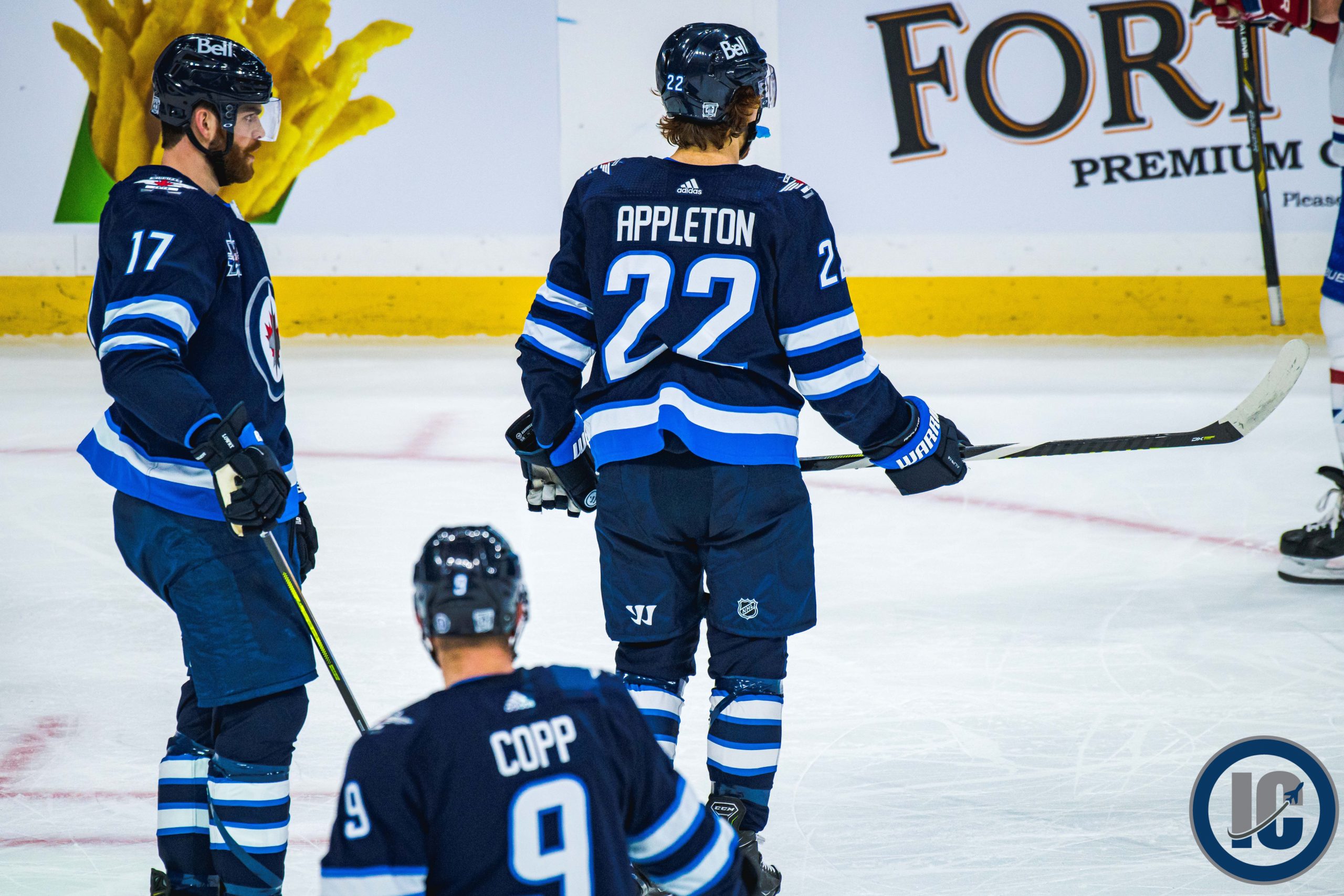 The Athletic Winnipeg: Nine potential trade targets for the Jets ahead of the 2021 deadline.  (Paywall).  One of those trade targets was a player I thought the Jets could have gotten as part of their blockbuster deal with Columbus earlier this season.

Topics: Jets week in review. Performance of Mathieu Perreault this season. Should the Jets be trying to target a player like Mattias Ekholm? Importance of this coming week’s three-game series vs Leafs.

Guests:  Michael Traikos (National Hockey Writer for Postmedia) at :15 and Mitch Peacock (Voice of the Winnipeg Ice) at 29:47.