Note:  The Jets win streak came to a halt last night as they fell 4-0 to the Canucks. They will get a chance for revenge tonight as they conclude this four-game homestand with another game against Vancouver.  Be sure to check back for the pre-game report.  Puck drop is at 7 PM.

Note II:  After the Moose put together a four-game win streak they have hit a bit of a skid losing their third-straight game last night as their comeback fell short in Toronto as they dropped the game 4-2 to the Marlies on Monday night.  Manitoba is set to practice this afternoon as they will conclude this two-game series against Toronto on Wednesday.

Sportsnet:  NHL’s four most surprising teams of 2021 and what makes them tick.  Jets made the list.

Winnipeg Sun: Jets blanked in first of two vs Canucks.  Paul’s assessment of the game.

Sportsnet: ‘Bubble Demko’ returns as Canucks earn one of their finest wins of the season.  While he didn’t get overworked in the first couple of periods he had to be good in the 3rd period.  Read about the game from the perspective of a writer who covers Vancouver. 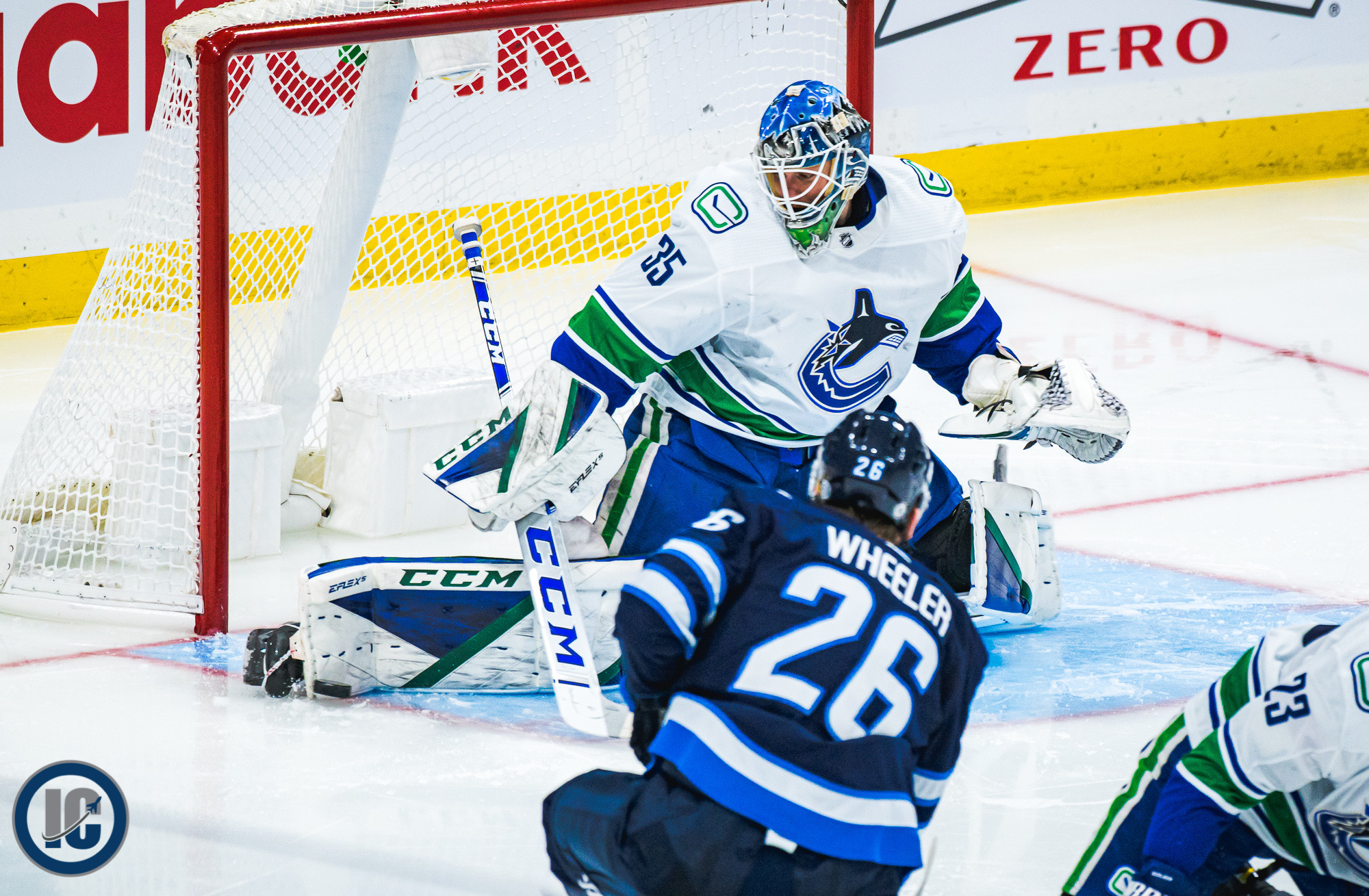 Winnipeg Free Press:  A quick chance to get even. (Paywall).  Good news for this season is you usually get a quick kick at the can after a tough loss to an opponent.

Global News/CJOB: Manic March could determine how high Jets fly.  The Jets have banked quite a few points in the first 20 games of the season but the rubber will meet the road this month.

Sportsnet: Too many old habits crept into Jets’ loss against Canucks. Sean Reynolds and Ken Wiebe discuss the Winnipeg Jets loss to the Vancouver Canucks, including the old habits that the Jets allowed back into their game.

TSN: Rested Canucks pounce on Jets with strong first period. Ray Ferraro joins Sara Orlesky and says the Canucks looked like a team who had a few days off and they jumped on the Jets with three goals in the opening frame. Ferraro also explains why Winnipeg was making things too difficult on themselves.

TSN: Jets were too worried about being ‘fancy schmancy’. The Jets only had 12 shots on net through two periods against the Canucks and saw their four-game win streak come to an end. Craig Button joins SportsCentre to explain why the Jets had lots of good scoring chances but they made things way harder than they needed to be.

Illegal Curve:  Injury news.  Head coach Pascal Vincent provided an injury update on Kristian Reichel, Joona Luoto and Marko Dano over the weekend.  Luoto ended up playing (and scoring) in last night’s loss but the other two remain out.