Note:  After a day off on Sunday the Jets will welcome the Canucks to town as they put their four-game win streak on the line.  Morning skate gets going at 10:30 AM so be sure to check back for the pre-game report.  Puck drop is at 7 PM.

Note II:  The Moose were also off on Sunday after earning a split in their four-game series in Montreal against Laval.  Today they are in Toronto to take on the Marlies.  Puck drop is at 6 PM.

Winnipeg Free Press: Taking care of business and winning overtimes. (Paywall). The Jets continue to add points to the standings back which is so important so they won’t have to play catch up late in the season.

Winnipeg Sun: Jets and Canucks Game Night. Scott’s five keys to the game include: 1) Don’t let up. 2) Boeser, Petterson key to success. 3) Brossoit gets another crack at Canucks. 4) The struggle is mighty for Canucks PP. 5) Score first, and don’t trail after 1.

Winnipeg Sun: TV timeouts more than just a breather for players, coaches.  Quite a lot going on in a short period of time. 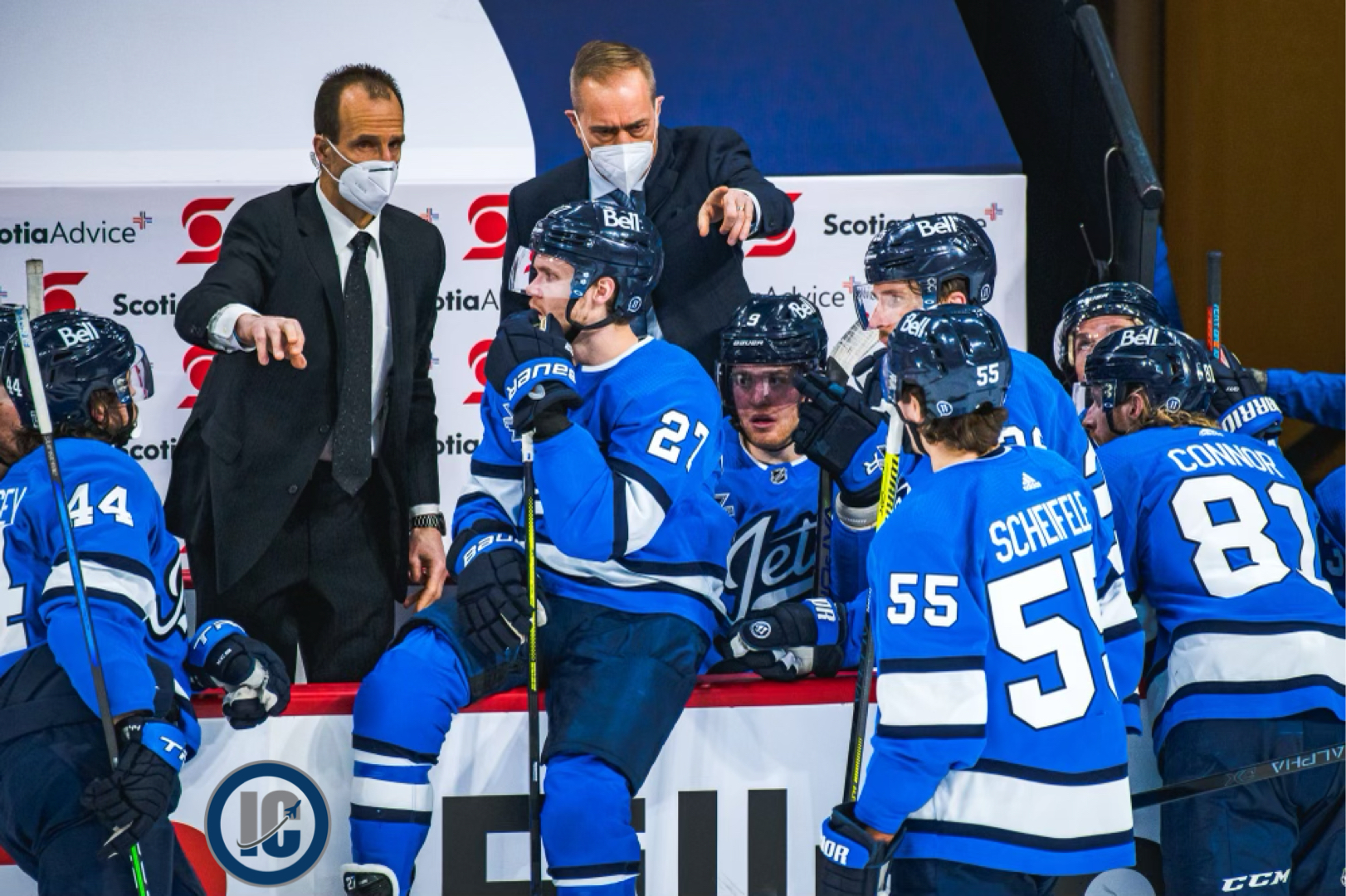 Sportsnet: Jets’ resiliency contributing to team’s success in close games. The talent they possess has a lot to do with it as well.  Ken with how this Jets team has gotten it done this season.

CTV News:  Winnipeg artist gaining a following thanks to sports watercolour paintings.  I have been an admirer of Mike’s talents since I started seeing his Jets and sports images posted on social media.

Illegal Curve:  Interview with Eric Comrie.  By Eric Comrie’s count he will have spent 28 out of 34 days in quarantine by the time he gets out and we had a chance to catch up with him on Saturday’s Illegal Curve Hockey Show. We spoke to him about all the movement in his career, getting a win with the Devils, his comfort level in the Jets organization, staying ready mentally, his golfing ability and much more.

Topics: Jets defeat Montreal 6-3 on Thursday Night (come back from 2-0 and 3-1 deficits), The Jets defensive depth on the right side, Sami Niku plays in his first game in a month, Who should man the point on the Jets 1st Power Play (Pionk or Morrisey), Jets/Canadiens Saturday Night Preview

Topics: Should the Jets have interest in RD Brandon Montour from Buffalo, Jets/Canadiens Preview continued, Update from Jets game-day skate