Note:  With two days of practice in the books for the Jets they are finally ready to kick off this four-game homestand when they host the Habs for the first time this season tonight in Winnipeg.  Morning skate gets going at 10:30 AM CT so stick around for the pre-game report to find out any lineup news and also for the media availability with the players and coach Maurice.  Puck drop is at 7 PM CT.

Note II:  The Moose got loose again last night in Montreal winning their fourth straight game as they were able to break the tied contest open in the 3rd period thanks to two power-play goals, the first of which had a nice assist (even though it wasn’t an assist) from 2019 1st rounder Ville Heinola and the second which primary assist went to 2020 1st rounder Cole Perfetti.  Nathan Todd is having a break out start as he had two goals and an assist last night which gives him seven points in six games for the Moose.  Mikhail Bedin, playing in his sixth game for the Moose, improved to 4-2-0 winning another game where he faced 30+ shots (he has faced 30+ four times and 40+ twice).  The team is scheduled to practice today.

Note III:  We took a look at the handful of Jets draft picks playing in college or the USHL which you can read here.

Winnipeg Sun:  Habs to get bang for the boot. Will Montreal go gangbusters for their new coach or will it take some time for this team to adjust? Often you see a team get a little boost with effort coming across the board when the players realize that once a coach gets fired they are next.

Winnipeg Free Press: Fans in stands still long way off. (Paywall). The headline you don’t like to read because the building just isn’t the same without the murmur and cheering of the people in the seats but sadly it is simply the reality of life during a pandemic. 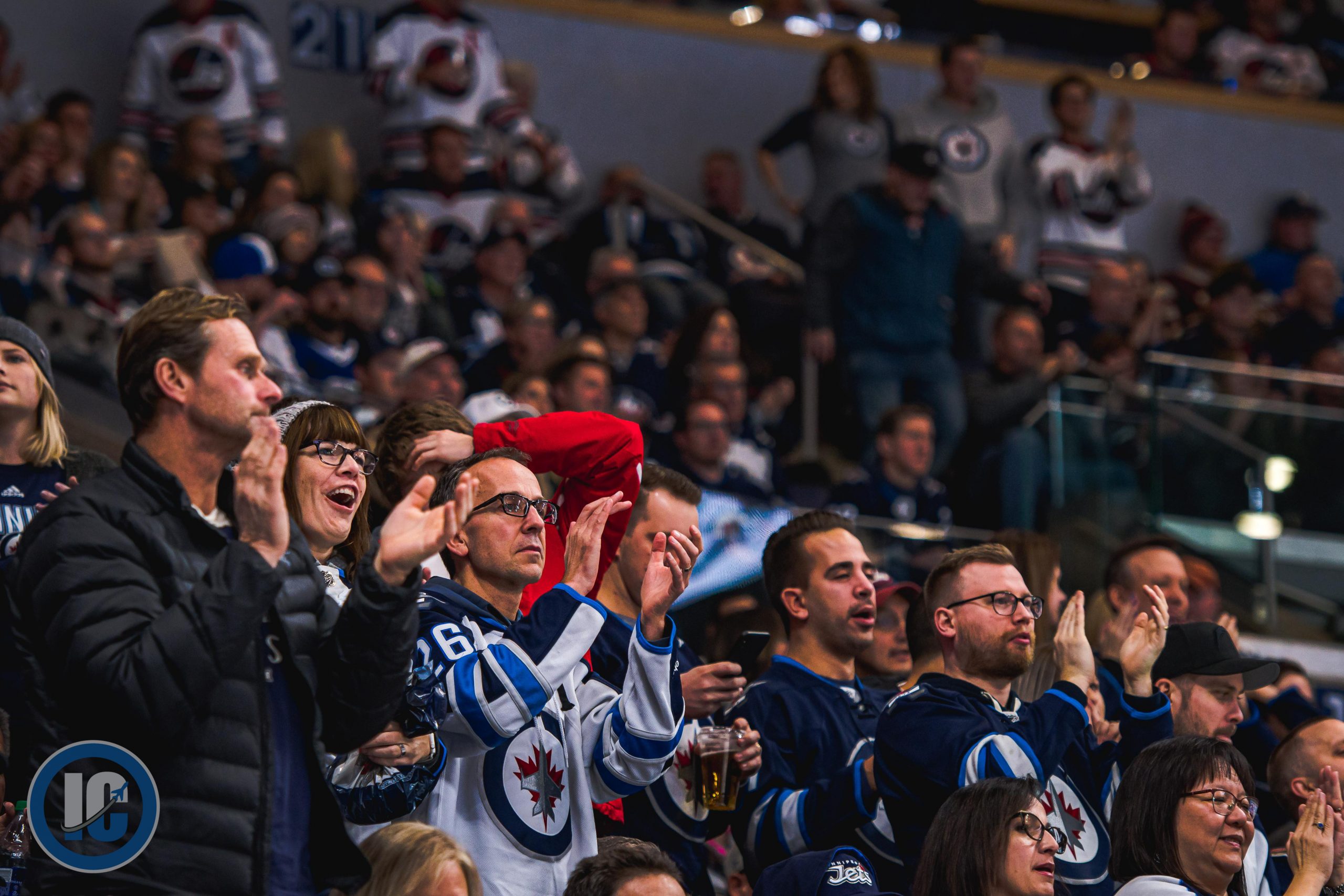 Winnipeg Free Press: Dubois has success with shift to left side on top line. (Paywall).  That is quite the front loaded top line but it showed off quite nicely what they could do against Vancouver.  While Montreal is on a slide it will be interesting to see how this trio does lined up against the Habs.

Winnipeg Free Press: ‘Getting fired out of Canada is tough’: Maurice. (Paywall). Jets bench boss Paul Maurice can empathize with the former Habs head coach having been given the boot out of Toronto back in 2007-08.