Note: I had a long chat with Jets prospect defenceman Johnny Kovacevic this week which we featured on Friday as he shared his reflections on his first year pro in Winnipeg and looked ahead to the upcoming season.  You can read it here.

Note II:  On Friday we learned that Finnish forwards Joona Luoto and Kristian Vesalainen were returning to Winnipeg for training camp according to their respective teams in Liiga.

Note III:  Jets 2018 2nd rounder David Gustafsson missed his fifth straight game for Tingsryd last night. He told me last week he was dealing with a minor lower-body injury. His Swedish club confirmed in their pre-game materials that his absence was due to injury. Update: According to Tingsryd his loan agreement is over as Gustafsson will return to Winnipeg for training camp.

Note IV:  While it wasn’t certain until this morning the Finnish team for the World Juniors has been set and both Ville Heinola (2019 1st) and Henri Nikkanen (2019 4th) have made the team.

The Athletic Winnipeg: What it’s really like to be a Winnipeg Jets fan right now — in your own words. (Paywall). As part of his fan survey Murat asked folks what is it like to be a fan right now. He received many responses which he categorized as follows: 1) Winnipeg’s place in history 2) Winnipeg’s unique market struggles 3)
Your biggest gripes 4) When fandom is bigger than sport & 5) Reasons for hope.

Official Jets site:  Perfetti earns spot on Canada’s World Junior roster.  It was a big day on Friday for the Jets 2020 1st rounder.  Mitch caught up with him to talk about the announcement. 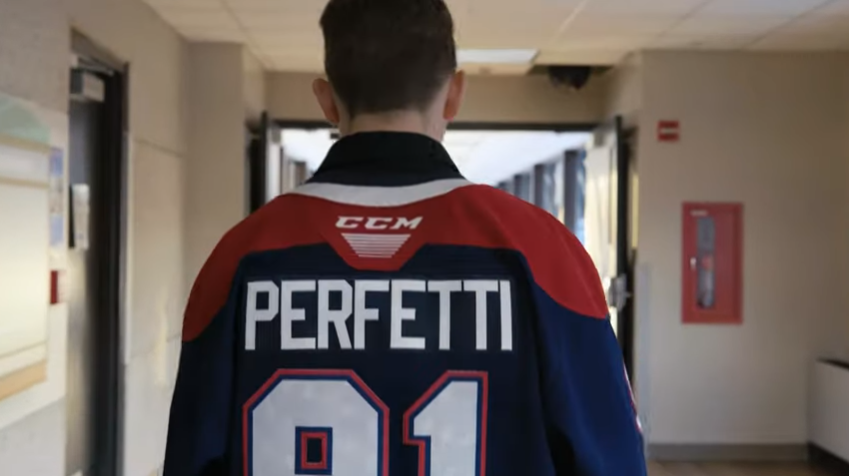 TSN 1290 Winnipeg:  Perfetti will play a prominent role for Canada.  Scott Wheeler of The Athletic joined Andrew “Hustler” Paterson and Paul Edmonds on the Afternoon Ride. They discussed Jets prospect Cole Perfetti being named to Team Canada’s roster at the World Juniors, what the lines might look like and what we can expect to see at this year’s tournament.

Sportsnet:  NHL considering changes to 2021 division realignment plan.  Just when you think you know what is going some changes are made.