Note:  The Jets returned to action in Edmonton after a 139 day pause and once again the play of Connor Hellebuyck led the to victory as they rolled to a 4-1 win over the Canucks in the only exhibition game they will play in the re-started season.

Note II:  The Jets are off today but will be back on the ice on Friday for a practice as they get ready to kick off their play-in series against the Flames on Saturday.  They may be off but we will have plenty to come so keep it locked here.

The Athletic:  The 6 things Winnipeg’s exhibition win taught us about the Jets’ playoff hopes.  (Paywall).  If the piece below outlining five things you may have learned from last night’s game wasn’t enough for you, Murat hits you with his six things including: 1) Connor Hellebuyck is still spectacular. 2) Up-ice pressure is a double-edged sword. 3) A clue about matchups. 4) The penalty kill is still powerful. 5) The power play is rusty. 6) Nik Ehlers is going to be alright.

Sportsnet:  Five things we learned about Jets in exhibition win over Canucks.  Ken provides his thoughts from the exhibition game including: 1) Hellebuyck in Vezina form. 2) Ehlers gets going. 3) Jack is jumping. 4) Don’t worry about the D. 5) Fourth-line ferocity.

The Athletic:  2020 NHL qualifying round preview: Flames vs. Jets. (Paywall).  The models do not favour the Jets in this preview.

CBC: No trouble in the bubble: Winnipeg started slow and won, just as they did before the pandemic. It is a familiar pattern despite the time away from the rink for this Jets club.

Winnipeg Sun: Hellebuyck, Jets in fine form as they top Canucks in lone exhibition tilt before summer playoffs.  It didn’t look like the Jets number one netminder has missed a beat despite a 139 day layoff between games.  Ted fills you in with what he observed at Rogers Place. 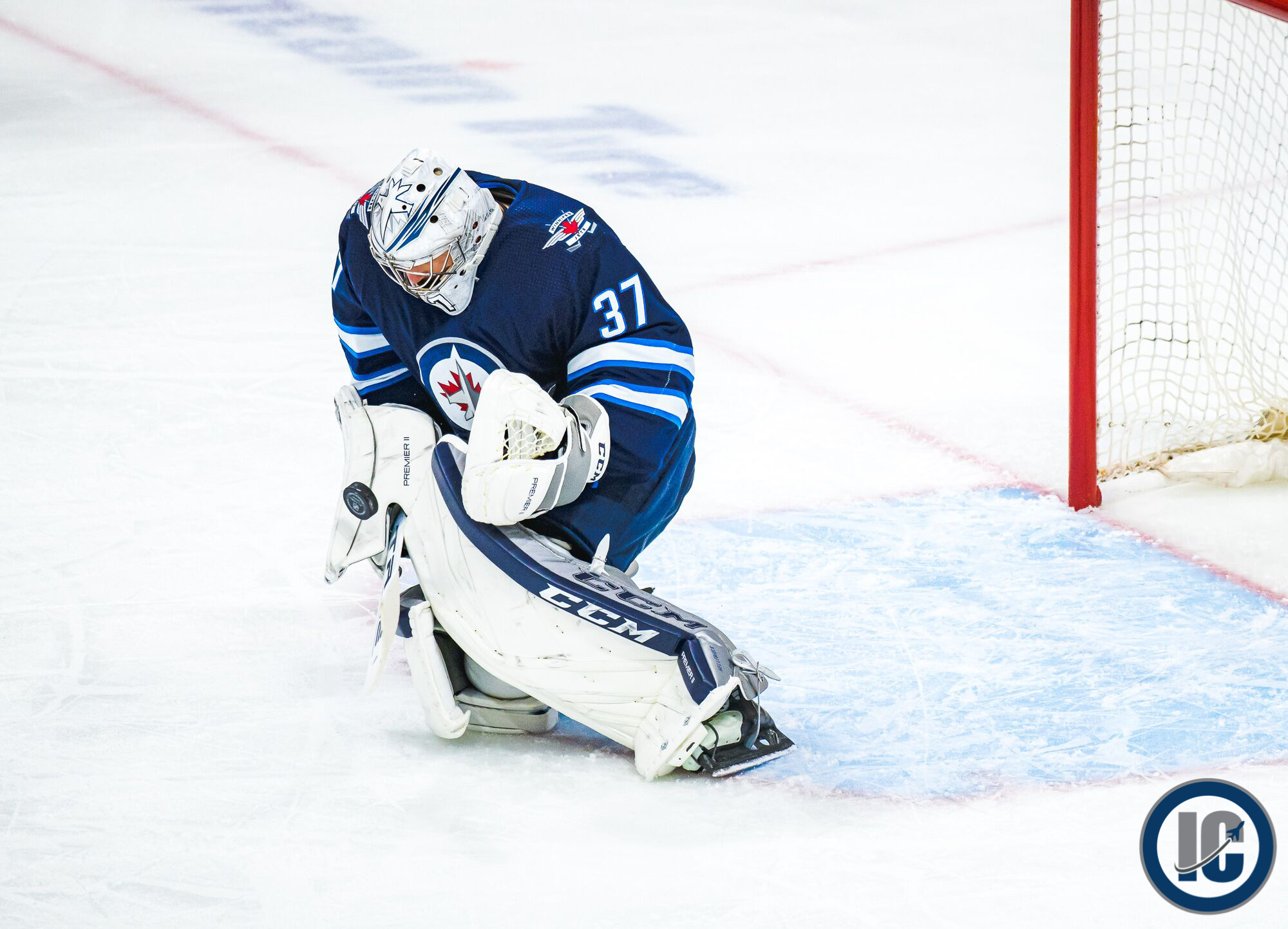 Winnipeg Sun: Travelling to NHL’s bubble city for playoff hockey brings some surreal moments.  I believe Ted was supposed to be in Tokyo covering the Olympics but instead he is in Edmonton covering the re-born NHL playoffs.  He takes you on his journey to the City of Champions and gives you some insight into what it is like there right now.

Jets are going to have their hands full with Flames agitator Tkachuk.  If this was the 90s Jets fans would relish seeing that name on the back of a jersey but Keith’s son Matthew has become quite the player in Calgary.  Ted also wrote about ‘Hawerchuk strong’, DeMelo/Eakin being strong additions to the Jets and the penalty kill.

Winnipeg Free Press:  Jets down Canucks 4-1 in fan-less affair.  (Paywall).  Mike was one of the few people in the building last night and he provides you with his thoughts from Rogers Place.

Winnipeg Free Press:  Strangers in the bubble.  (Paywall).  It is almost like these two teams haven’t really even played this season given how long ago they actually faced off and the type of game it was back in October.  Come Saturday however it will be a quick getting to know ya.

The Province: Playoff liftoff awaits. Read about last night’s contest from the perspective of a writer who covers the Jets opposition.

Grand Forks Herald:  Jets coach says he feels confident handing Tucker Poolman difficult assignments in Stanley Cup Playoffs.  Brad covered Poolman during his UND years and writes about the pride of East Grand Forks (which makes him a Minnesotan and not North Dakotan).  And this article came out before Poolman opened the scoring in last night’s exhibition game.

Sportsnet:  The main strengths and weaknesses of Canada’s four Western playoff teams.  Obviously both the Jets and Flames are featured in this piece.

Sportsnet: What Jets can learn from Flames’ exhibition showing against Oilers. The Jets got a sneak peek at their Saturday opponent courtesy of Tuesday night’s Battle of Alberta. Ken wrote about what the prairie squad can learn from the contest.

TSN: Hellebuyck was fantastic for slow-starting Jets. While it took the Jets a bit to get going offensively, Vezina trophy finalist Connor Hellebuyck hit the ground running. Ray Ferraro breaks down a stellar performance by Hellebuyck, and explains how a revitalized Brock Boeser could be key for the Canucks in the qualifying round.

Illegal Curve:  Jets loan goalie prospect Arvid Holm to Farjestad BK of the Swedish Hockey League for 2020-21.  He played there last season and the netminder will be returning to the team where he had a pretty successful 2019-20.