Note: This is day 56 since the NHL and AHL hit the pause button on their respective 2019-20 seasons.

Note II:  Sean Reynolds of Sportsnet had an interview with Jets forward Nikolaj Ehlers as part of their @ Home series.  Watch it here.

The Athletic Winnipeg: How would an early June draft impact the Jets? (Paywall  – with 90 day free option).  Ken takes a look at some of the possibilities for Winnipeg regarding the potentially upcoming draft.

Jets official Website:  Poolman relishes opportunity in first full NHL season.  He continues to progress in his development and should be able to fulfill a spot on the team’s third pairing next season. 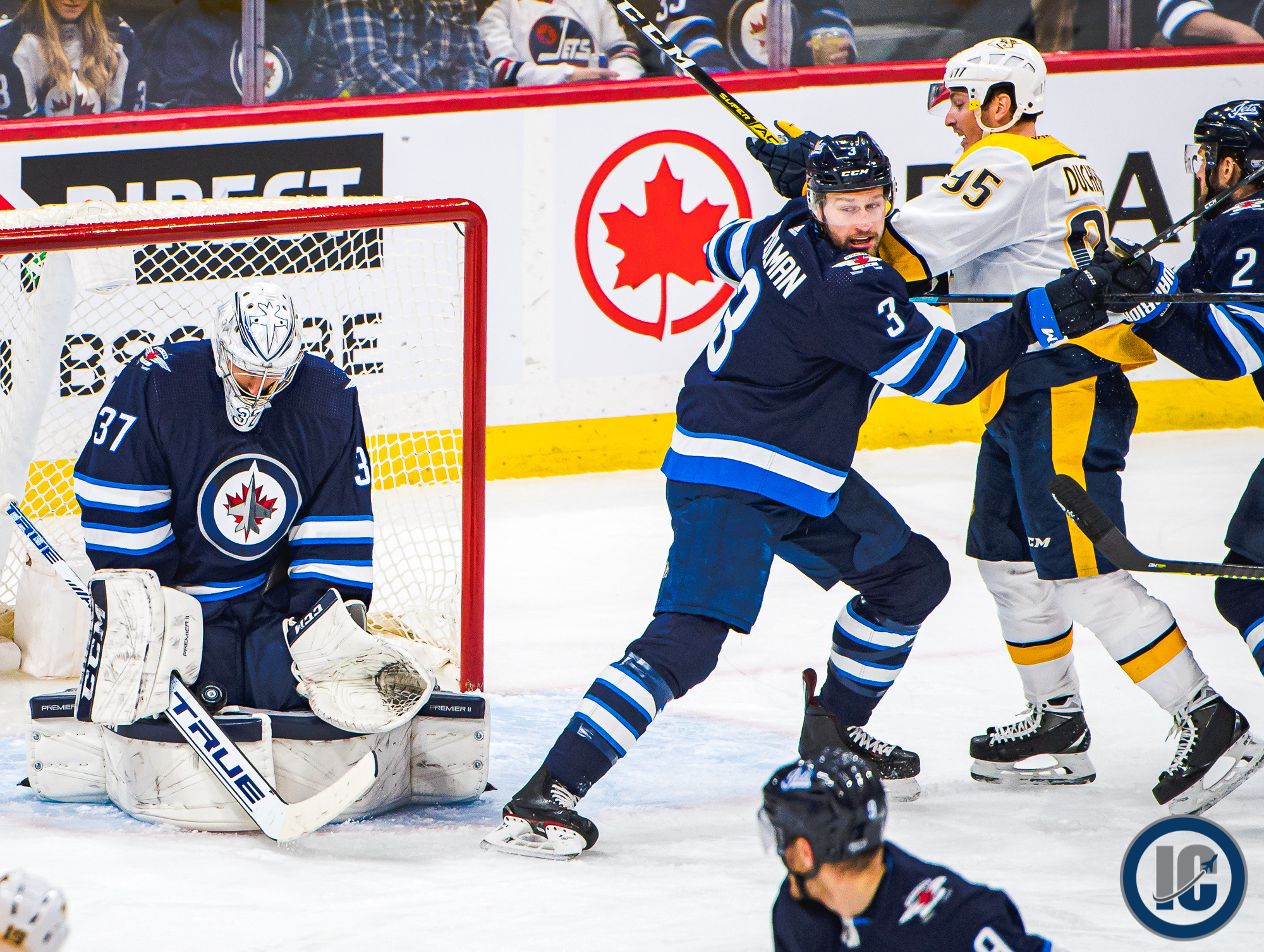 TSN:  Hellebuyck’s start to November was a sign of things to come.  Sara Orlesky and Dennis Beyak set up last night’s Jets Rewind game against the Sharks, and explain how it was a pivotal point in an impressive season for Connor Hellebuyck.

The Athletic Winnipeg:  The Boarding Pass.  Jets forward Andrew Copp joins Ken and Murat on the podcast to talk about spending time with his Mom, Dad and Brother during the pandemic.  Andrew talks about the competitive nature on the golf course between him, his dad and his brother, Tyler. Andrew discusses the impact his Dad has had on him as a coach, he also looks back at his time as a two-sport star, a talented high school QB who eventually chose hockey, but earned a spot with the Michigan Wolverines as a walk-on but was named team captain in his junior season.  The guys discuss Andrew’s natural progression from 4th line defensive centre to where many see him winding up, as a second line centre behind good friend Mark Scheifele. Plus Andrew shares what it was like to see life long friend Jacob Trouba get traded, and what the Jets chances are, if and when the season returns. Murat and Ken also provide their thoughts on the upcoming NHL draft, and how they think the league should proceed during the covid-19 lockdown.

TSN:  NHL aiming for late May Phase 2.  TSN Hockey Insiders Darren Dreger, Frank Seravalli and Pierre LeBrun joined host James Duthie to discuss what went on during the NHL Board of Governors call on Monday, the league’s latest timetable for Phase 2 and refund policies for fans who have tickets for games they won’t be able to attend.