Note: This is day 49 since the NHL and AHL hit the pause button on their respective 2019-20 seasons.

Note II:  Jets forward Adam Lowry is the latest Jets player that will participate in a video conference call.  He will chat this afternoon at 1:30 pm and it will be posted on site when it is available.  Update:  You can watch/listen to it here.

The Athletic Winnipeg:  A look at which Jets could stay and which could go this offseason.  (Paywall – with 90 day free option).  Should they stay or should they go?  Lots of work coming up for Jets GM Kevin Cheveldayoff this summer.

The Athletic Winnipeg:  ‘I owe him an awful lot’: The coach who had a lasting influence on Paul Maurice.  (Paywall – with 90 day free option).  Insight into what helped the Jets bench boss become a bench boss.

TSN:  ‘For me, it’s just trying to remember how to skate again’.  Jets forward Patrik Laine joins Sara Orlesky from his home in Tampere, Finland to discuss a range of topics, including how he’s doing amid the season pause, his thoughts on a possible return to playing, and the Jets’ momentum prior to the hiatus.

TSN:  Laine thrives in the spotlight against Wild in the Jets Regional Rewind.  Sara Orlesky was joined by Dennis Beyak as they looked back on the Jets home opener against the Wild, where Patrik Laine put up four points. They discuss the pressure that was on Laine early in the season and also touch on captain Blake Wheeler and the year he was having. 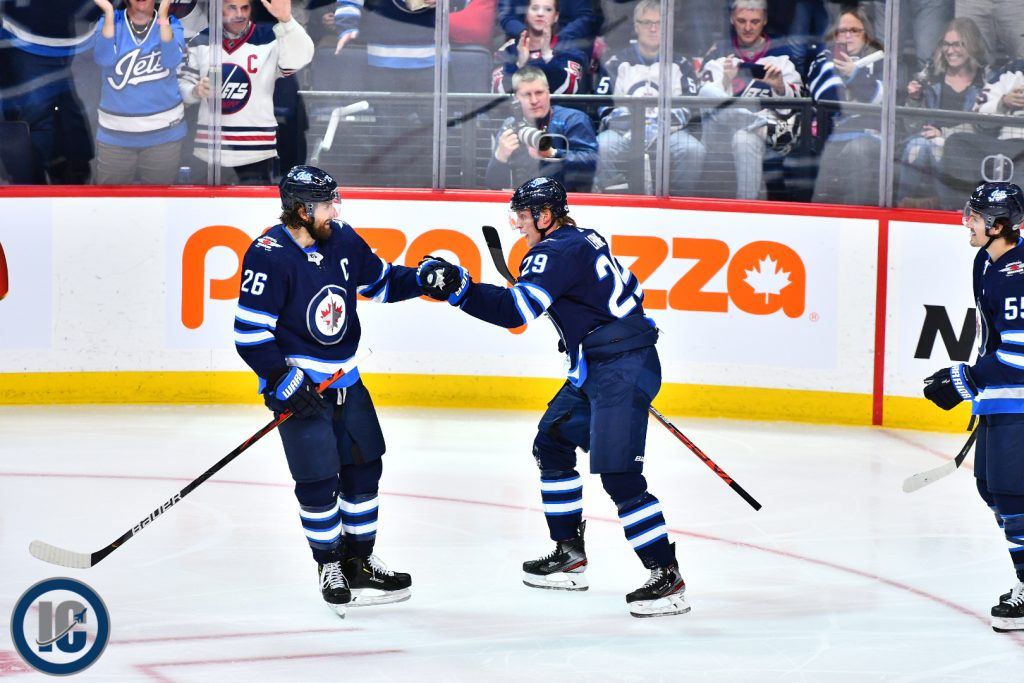 Sportsnet:  Every Patrik Laine goal for the Winnipeg Jets from the 2019-20 season…so far.  The Jets Finnish phenom was set to hit his fourth straight season of 30+ goals in the NHL. For now he is paused on 28. Check them out.

Official Manitoba site: Moose re-sign Bobby Lynch.  The Michigan product is back in the fold with the Moose organization after his first year as a pro.

Sportsnet: NHL still mulling over plan to reopen team practice facilities.  Gonna take awhile before players even get back to their respective cities.  Still seems like pie in the sky daydreaming but I guess you may as well dare to dream.

TSN:  NHL expected to extend quarantine period to mid-May.  While North America continues to try to flatten the curve, the NHL has decided to extend their quarantine period for a few more weeks. Along with figuring out the process of how to get players back to their NHL cities, the Insiders discuss how the draft and the 2020/21 season will be impacted by the delay.