Note:  Today is day 2 of no organized sports in North America.

Note II:   Tune in for the Illegal Curve Hockey Show on TSN 1290 Winnipeg at 9 AM CST.  Three hours of hockey talk after a week without precedent in recent NHL memory.  We will chat with NHL  writers Murat Ates and Scott Cruickshank of The Athletic Winnipeg and Calgary respectively, Cam Robinson of Elite Prospects as well as player agent/former Wild AGM Tom Lynn (Veritas Hockey) as well as Winnipegger and pro hockey player Jacob Micflikier who is currently with Vaxjo HC of the Swedish Hockey League.  All of which you can listen to here.

Winnipeg Sun:  Jets should step up for arena workers.  There have been many NHL/NBA teams, some NBA players and at least one NHL player stepping up to help folks during this time.

Winnipeg Free Press: Jets’ page-turner of a season in limbo. (Paywall).  The 2019-20 season is likely gonna go down as one of the most interesting ones since relocation.  A team that looked like it had no chance at the post-season but thanks mostly to a heroic vezina/hart worthy campaign by Connor Hellebuyck was primed to get in.  But now depending on how long this goes and what the NHL decides to do could find themselves on the outside looking in. 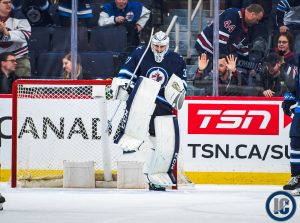 The Athletic Winnipeg:  Why an infectious disease expert thinks the NHL season won’t resume soon.  (Paywall).  Murat goes one on one with Dr. Kindrachuk to get some insight into what could happen with the NHL season with the coronavirus situation.

The Athletic Winnipeg:  Wiebe’s mailbag: Pausing the NHL, the 2015 line, blue line projections and more.  (Paywall).  Readers had questions and Ken has answers in his mailbag column.

Toronto Star:  A one-game Stanley Cup final? Playoffs for everyone? Here’s what the post-coronavirus NHL might look like.  There are all sorts of scenarios and while it still feels like it might be awhile before it gets going again you can bet the NHL is gonna be looking at this every single day until the season resumes.