Next opponent news – Washington Capitals: A reminder of what Ovechkin can do. Dale Hunter chooses wisely.

Note:  I just wanted to let our regular readers know that I am off to Vegas (follow @icdave for my exploits) for 5 days starting Wednesday afternoon.  Fear not as the rest of the IC team will be stepping up in my absence to continue to bring our readers all the latest Jets news.

Winnipeg Free Press:  The Race.  Things are not looking good for the Jets playoff chances.  According to one site they are down to 10.4%. 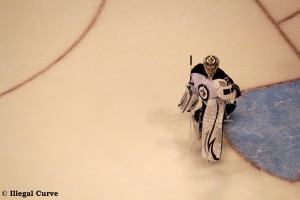 Winnipeg Sun:  Jets OK with heavyweight line brawl in New York.  Not surprised that Tanner Glass spoke up about his enjoyment of the fight the other night.  He truly enjoys all aspects of this game.

Winnipeg Sun:  Jets fans ‘awesome’ – Crosby.  More affirmation, this time from one of the top players in the world, of something we already know; that Jets fans are truly unique.

Illegal Curve: Coach Noel post-game press conference.  What happened?  Carbon copy of last meeting with Pens?  Problems with all that firepower.  Asked about the issue, whether it was forward or defence (gets a bit cantankerous here).  Getting the right match-ups.  Using Crosby as 3rd liner.  Thoughts on goaltending.  Thoughts on Ben Maxwell.  A “demoralizing” loss.

The Telegram:  A well-adjusted rookie.  I rather enjoyed chatting with Klingberg when he was called up by the Jets.  You got the impression that, while pensive about his answers, he really wasn’t filtering them and truly gave you his thoughts instead of spewing tired cliches.

Washington Post:  A reminder of what Ovechkin can do.  An unusual season for the talented Russian who is usually to be found in the Top 10 of NHL scoring (currently 48th).  While his season has been one to forget, if he plays the way he did the other night against Detroit and if the Capitals can get Backstrom back for the playoffs, they are an 8th seed not many would want to face. 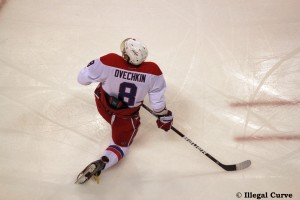 Washington Times:  Dale Hunter chooses wisely.  The former Junior coach looks to have things turned around as his Capitals make a run for the post season.