Note:  The big news of the day we learned from practice on Saturday was that Nikolaj Ehlers will be out of the lineup until early to mid February with an upper-body injury.  This means Jack Roslovic will be bumped up to the 2nd line with Mason Appleton likely getting a wing spot on the 4th.  The Jets play the Stars this afternoon at 4 pm.

Note II:  The Moose completed a three game road trip last night in Texas with a comeback shootout win 3-2 thanks to Jansen Harkins in the sixth round of shooting.  Ken Appleby picked up his first win in net while Logan Shaw scored his team leading 13th goal of the season.  They are scheduled to return to Winnipeg today as they get ready for a six-game home stand which begins on Thursday when they welcome the Laval Rocket to the city.

Winnipeg Sun:  Jets lose Ehlers for a month, maybe more.  The Jets are gonna see their depth tested having already lost a critical piece on the backend and now losing the dynamic Dane up front. 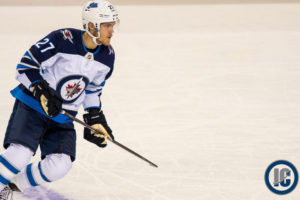 Winnipeg Free Press:  Ehlers out for ‘a few’ weeks.  (Paywall).  Huge loss for the Jets.

Jets website: Maurice going to All-Star Game. First time for him in 22 years and the odd thing is that game was also in San Jose although he went as an assistant coach.

Jets website: With Ehlers out, Roslovic moves to the wing with Little and Laine.  Opportunity knocketh.

Topics: What should Chuck Fletcher do with the Philadelphia Flyers roster, Can any of the current non-playoff teams in the Eastern Conference make a playoff run, Should NHL teams move their practices to night-time.