Note:  The Jets look to keep the good times rolling as the playing group will skate at 10 am (non-playing group scheduled for 12 pm) and then play in St. Paul against the Wild.

Winnipeg Free Press:  Suess aims to prove he can move up.  (Paywall).  From what we saw at the end of last season during his time with the Manitoba Moose CJ Suess has certainly made some improvements in his game as he tries to make a positive impression on the Jets brass. 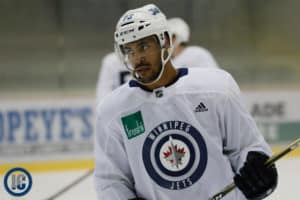 Winnipeg Free Press: Nothing set in stone, but Myers-Byfuglien experiment far from rock solid. (Paywall).  Suspect that while the coach will continue to try to ensure he has played that can flip sides to cover for future injuries, most players will stay on their strong side.

Winnipeg Free Press: Oilers-like collapse not in cards for Jets this season. (Paywall).  Jets fans will be glad to hear that as I don’t think they could handle that with a team that seems to hold so much promise.

The Athletic Winnipeg: The Tyler Myers at left defence experiment. (Paywall). That is really starting to sound like the name of an alt rock bank. Murat looks at what the math, his eyes and Myers says about the move to his other side.

TSN 1290 Winnipeg: Copp feels comfortable where his game is at. Jets forward Andrew Copp joined Andrew Paterson and Rick Ralph on the Afternoon Ride. They discussed the preseason, his off-season training, what has changed for him after three seasons in the NHL, the chemistry with his linemates Adam Lowry and Brandon Tanev and the toughest lines to play against.