Note:  Josh Morrissey is the sole remaining restricted free agent for Winnipeg ahead of training camp which gets underway at the end of this week.

CBC: Connor Hellebuyck comfortably at home in Winnipeg net.  A lot more pressure will be on his shoulders this season as he begins as the undisputed number one goalie. 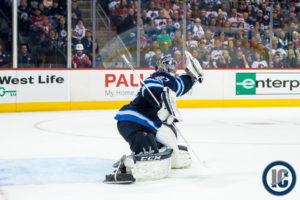 TSN 1290 Winnipeg: We’re excited to get back to work. Jets forward Nikolaj Ehlers joined Andrew Paterson and Rick Ralph on the Afternoon Ride. They discussed the excitement for the 2018-19 season, his summer, his training goals, expectations for this season and his friendship with Patrik Laine.