Note:  Jets fans awaited word of the arbitrator ruling on Sunday which came down around 2 pm CT giving Jacob Trouba a $5.5 million dollar contract for next season.

Note II:  Late in the day the Jets announced they had signed Brandon Tanev to a one-year deal for $1.15 million.

Note III:  The last remaining RFA with an arbitration hearing is Marko Dano who is slated for a hearing on July 30th although it would seem likely the team and player come to an agreement prior to that date.

The Athletic Winnipeg: Jacob Trouba’s arbitration deal makes Winnipeg’s 2018-19 season even more urgent than it already was. (Paywall).  Murat jumps into the Trouba discussion with his latest piece. 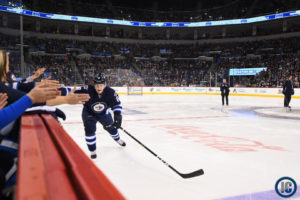 TSN:  What’s next for the Jets and Trouba?  After Jacob Trouba was awarded a one year, $5.5 million contract by the arbitrator on Sunday, TSN Hockey analyst Craig Button joins Laura Diakun to discuss what the next steps are for he and the Jets moving forward, and if this is a relationship that can work long term.