Note:  Yesterday was the deadline for players to file for arbitration and much like in 2013 the Jets had five players file for same on Thursday.  Three players who had arbitration rights and could have filed chose not to.

Note II:  Reminder there is no Illegal Curve Hockey Show tomorrow.  We will be back in business on Saturday, July 14th although worth noting that is a two-hour show starting at 11 am.

Winnipeg Free Press: Barring a trade, Trouba will remain with Jets. (Paywall). Jason Bell looks at Trouba’s situation and also touches on the other Jets players who filed for arbitration yesterday. 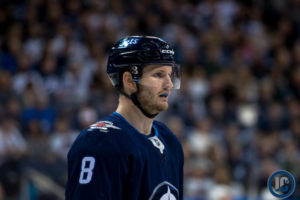 Winnipeg Sun:  Five Jets elect to file for arbitration.  Ken offers his thoughts on the Jets players who have filed.

Winnipeg Sun: Victims of Humboldt Broncos crash may soon get interim payments.  Jets co-owner Mark Chipman has been listed as potentially one of the five-member advisory board.