The Athletic: What if every arbitration-eligible Winnipeg Jet chose to take that path? (Paywall).   One of the comments from Jets GM Kevin Cheveldayoff during his end of season media availability was telling media not to be writing “the sky is falling” articles if players file for arbitration.  Murat looks at a scenario where all players who are eligible do so and what the end result could be. 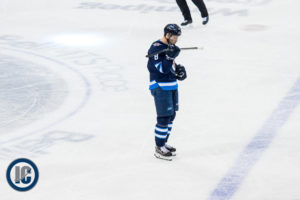 Topics: Reviewing the first two games of the Stanley Cup Final between the Washington Capitals and Vegas Golden Knights, Evgeny Kuznetsov’s health heading into Game 3, Should the Jets sign Jacob Trouba to a long term contract extension and what’s the AAV, Should the Jets consider buying out Steve Mason, How much is Connor Hellebuyck worth?

Topics: Are the Pittsburgh Penguins looking to trade Phil Kessel, UFA of the Week (Ilya Kovalchuk), Preview of Game 3 of the Stanley Cup Final between Vegas and Washington